It was nearly one year ago when Daimler announced that it would rename itself to Mercedes-Benz. It didn’t announce at the time when the name change would occur, but we now know that it will switch on February 1, thanks to a Bloomberg report.

The name change comes as the auto industry changes. The switch to Mercedes-Benz, which comes after the company spun off its truck division, is designed to emphasize the company’s focus on the future – zero-emission vehicles and lots of software. With so much change happening with commercial and passenger vehicles, Mercedes thought it was best to separate their governance. 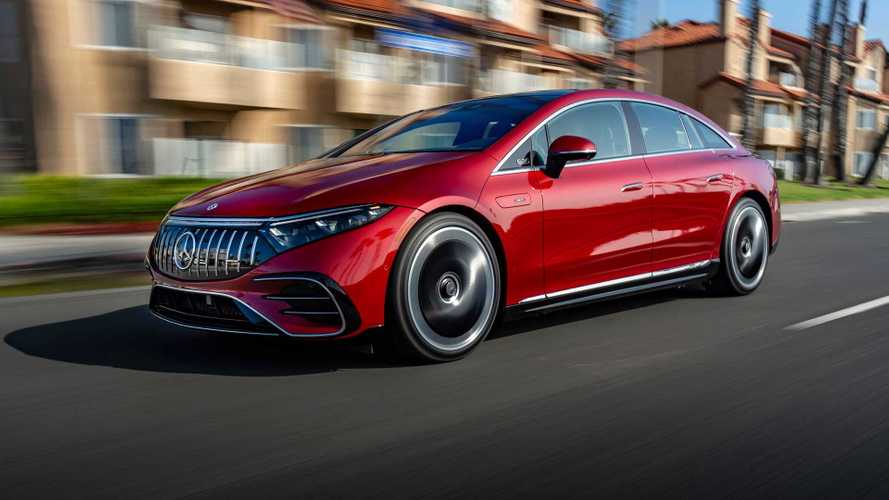 Mercedes also hopes the move will spur a higher valuation for the carmaker as it focuses on new technology and digital features. It’s not a secret that traditional automakers are looking at Tesla and coveting its valuation as they try to switch to building electric vehicles.

Daimler CEO Ola Källenius – for a few more days – told reporters today that the company has a “real change to raise the multiple.” Bloomberg reports that the company has seen its valuation rise to 74 billion ($82.5 billion at today’s exchange rates), a 40 percent increase in the last 12 months, coinciding with the company’s aggressive launch of new electric vehicles. “If we can boost cash flow and our multiple, there’s a lot of potential in the Mercedes-Benz stock,” he added.

Mercedes’ biggest launch last year was the EQS, a flagship EV for the brand. It’s loaded with technology and big screens, and it sets a high standard for luxury electric vehicles as the company takes aim at Tesla and other EV competitors.

Automakers are adapting to a changing landscape that holds an uncertain future because the future lies beyond just EVs. New digital services are likely coming to cars, whatever form they take, and there are autonomous vehicles to figure out still – and that takes focus. Hopefully, the new name helps with that.