The classic Triumph was driven by Thora Hird’s character Edie Pegden in the iconic Yorkshire based show. The model was sold for £16,500, more than the initial estimate which put the car between £10,000 and £15,000.

Edie Pedgden’s bad driving was a running joke in the series making the Triumph a steal for fans of the show.

Classic cars with a unique history usually sell for more than they would normally, meaning the extra price is not surprising,

The model has recently been fully restored with new paintwork bringing the vehicle to life.

Auctioneers said the model had “an edge” over most other Heralds currently available for the market. 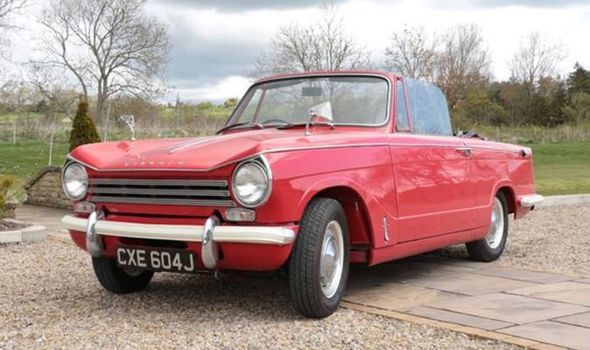 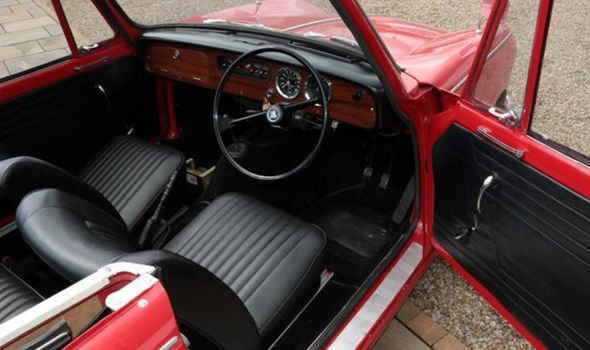 They warned Heralds had traditionally been “undervalued” but said some models were now exceeding £10,000 in value.

They said: “The car has been subject to a comprehensive restoration.

“Paintwork can be described as excellent, finished in striking red with a deep, flat shine probably better than its original factory finish.

“The interior appears to be original and in wonderful condition with gentle wear in localised areas consummate with age.

“Carpets have been recently replaced and the hood is in excellent order and operates as it should.

“Triumph Heralds have, for a long time, been undervalued but nice examples are exceeding the 10k mark.

“This is an opportunity to acquire a beautifully restored and maintained example with TV history giving it the edge over most Heralds on the market today.”

The Triumph Herald was first introduced in 1959 and was produced up to 1971.

The model was designed by the Italian stylist Giovanni Michelotti and was offered in a range of examples.

It is believed well over half a million Triumph Heralds were sold over its 12 year production spell.

Later Triumph models such as the Spitfire and GT6 were based on the classic Herald model.

The early Triumph Herald models are rare with the convertible and coupe models highly sought after. 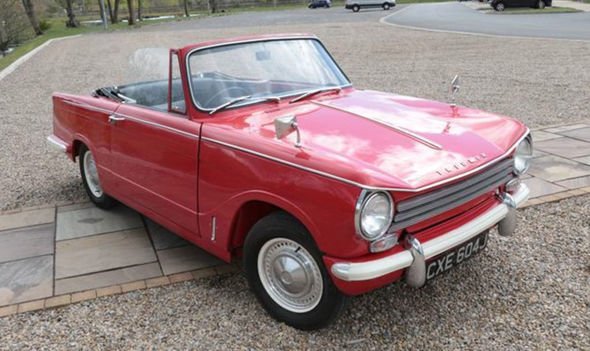 It is estimated just 486 early cars remain in the world with just 269 coupes.

Alongside its appearance of Last of the Summer Wine, Triumph Herald’s have been popular in UK culture.

A model was driven in the 1960s TV drama Heartbeat by Dr Kate Rowan.

A Triumph Herald was also featured at the start of the London 2012 Closing Ceremony as part of a celebration of UK motoring.