Cars which were built after January 1 1980 will not be able to use the classic style designs on their vehicles from the new year as the government closes a unique rule used by many owners. The traditional black and silver number plates were used on all cars before changes were introduced in 1973.

This saw the introduction of the yellow rear and white front plates which are currently in use on the road today.

However, many historic owners had decided to install historic designs to add authenticity to their classic vehicles.

In 2015, the DVLA said vehicles manufactured 40 years ago would be allowed to display the black and silver plates but this luxury has now been redacted for some owners.

Only cars built before 1980 will be allowed to continue to display the silver and black plates which could leave many owners of 80’s models disappointed. 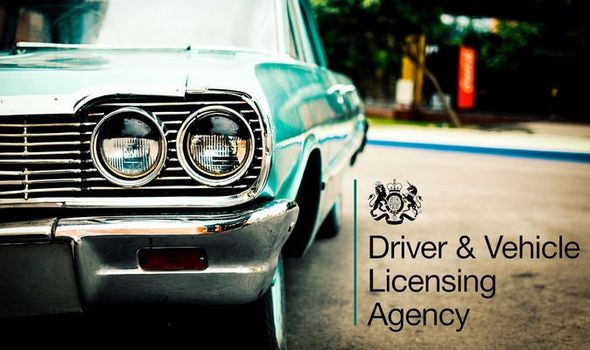 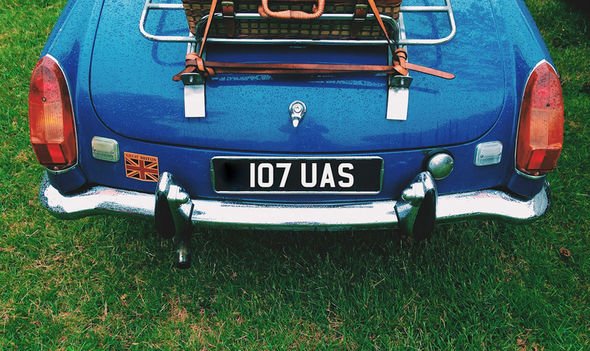 A DVLA spokesperson told Express.co.uk owners of models built before January 1 1981 would still be able to apply for tax exemptions.

A spokesperson said: “From January 1 2021 the display of registration marks regulations will be updated to break the link with the historic tax class exemption.

The Federation of British Historic Vehicle Clubs (FBHVC) said they have been informed by the DVLA of the changes.

In a statement issued by the DVLA through the FBHVC, the agency said updating the rules prevented drivers from making use of an “unintended consequence”.

They confirmed allowing cars built between 1973 and 1980 to use the black and silver plates was “never the intention” but would continue to allow these owners access to the designs.

The statement said: “Following the change in definition of a historic vehicle for vehicle tax exemption purposes in 2015, an issue was identified in the regulatory requirements for the valid display of a black and silver number plate.

“This resulted in an unintended consequence where any vehicle over 40 years old and registered in the historic tax class would be permitted to display an old-style black and silver number plate.

“This was despite the law previously requiring all vehicles first registered after January 1 1973 to only display the yellow and white number plates with black characters.

“As this was never the intention, we have sought to rectify this through a legal correction which will shortly be implemented.

“The change seeks to prevent any vehicle constructed after January 1 1980 from the ability to display the black and silver number plate despite being recorded in the DVLA’s historic tax class.

“Those vehicles with a construction date prior to January 1 1980 will continue to be able to legally display black and silver number plates to avoid any undue costs of replacement.” 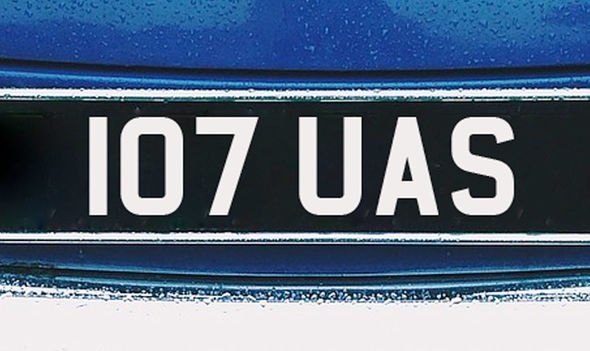 The DVLA has previously warned drivers can only display the historic silver and black plates if they have applied to the DVLA.

Owners must also be registered within the “historic vehicles” tax class before they can display the classic designs.

Drivers are also unable to rearrange letters or numbers and could lose the right to display their plate if it is considered to be incorrect.

Those who are eligible to run silver and black number plates can get their new designs made to the required standard by a specialist number plate supplier.

Related posts:
I Bought a Twin-Turbo BMW and All I Got to Drive Was Dad's Pizza Van
Racer John Paul Jr.’s Story Is Shared In the Book ’50\/50′
Best News
Blanchard Racing Team signs ex-Erebus engineer
01/22/2021
FBI: No crime committed as ‘noose’ rope was there in 2019
06/23/2020
Why VW Pulled The Plug On A 400bhp VR6 Arteon R
06/23/2020
2021 Kia Grand Carnival breaks cover – solid looker! – paultan.org
06/24/2020
New Volkswagen Arteon Shooting Brake arrives as part of facelifted line-up
06/24/2020
Recent Posts
This website uses cookies to improve your user experience and to provide you with advertisements that are relevant to your interests. By continuing to browse the site you are agreeing to our use of cookies.Ok