Chevy Silverado EV Design Not As Innovative As Originally Planned

General Motors just unveiled its upcoming 2024 Chevrolet Silverado EV, which is the brand’s second electric pickup truck, though it did sell an electric S10 back in the day. GM recently launched the GMC Hummer EV pickup truck and sold one copy in 2021. Interestingly, according to a recent report from Autoblog, Chevy was quite reserved with the design of the Silverado EV, at least compared to early sketches.

Most legacy automakers have been slow to roll out EVs while startups are chomping at the bit to get the ball rolling. EV startups like Tesla, Rivian, and Lucid have the luxury of starting from scratch, which means their designs prove to be on the cutting-edge, much like nothing we’ve ever seen before. However, starting from scratch has also proven ridiculously difficult, not only for startups, but also for legacy OEMs.

On the flip side, tried-and-true automotive brands have the luxury of having platforms and design cues already in place. In fact, many legacy brands have simply used gas-car platforms and converted them into EVs. In other cases, we’ve seen some legacy automakers launch electric cars that were designed as EVs from the ground up, but it hasn’t been as common.

As automakers like GM and Ford make plans to bring electric trucks to market, they have tough decisions to make. Should they go all out right away with brand-new platforms and arguably ridiculous and futuristic design cues (think Tesla Cybertruck, or even the Rivian R1T, though it’s not nearly as unique)? Or, should they stick with designs and features that their loyal buyers have come to know and love?

“Chevrolet’s 2024 Silverado EV looks nothing like the truck that’s currently in showrooms; it has no grille, and it features Avalanche-like flying buttresses. The differentiation is intentional, and sketches published on social media shed some light on the process that shaped the EV.”

General Motors Design Center shared the following sketches on Instagram to give folks an idea of how the design language of the upcoming fully electric Silverado EV evolved. 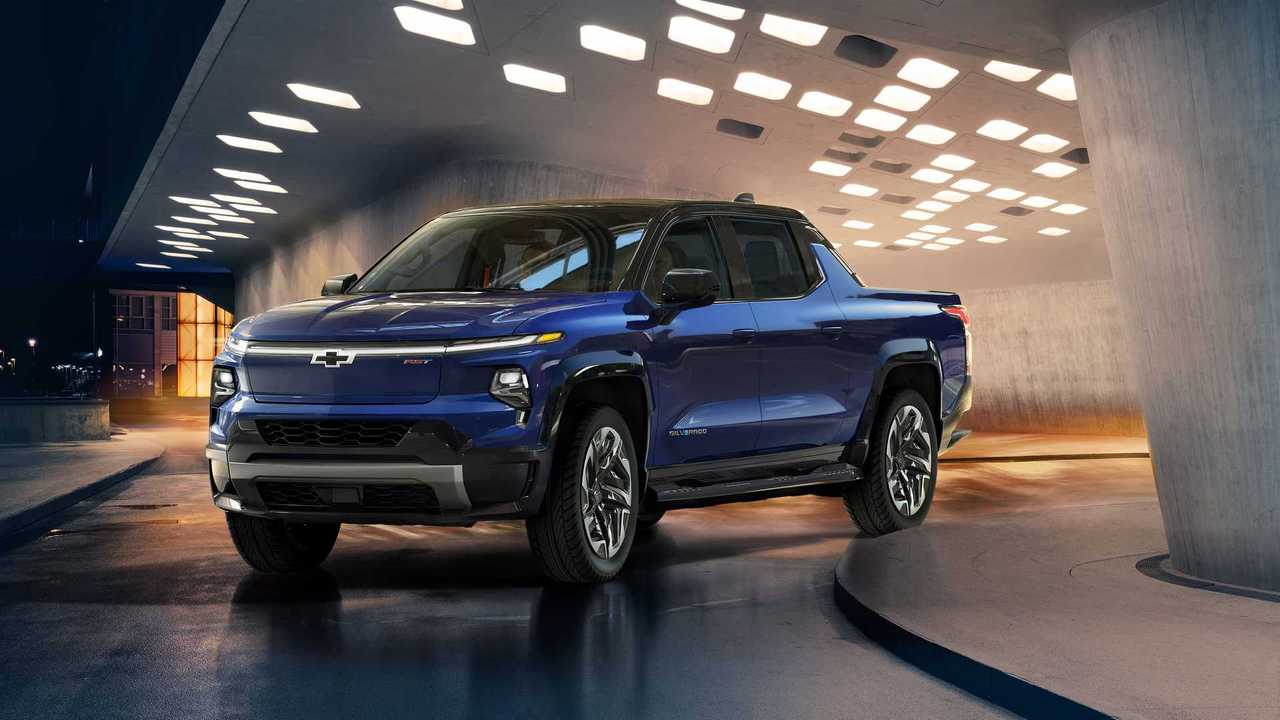 As you can see, there are certainly some parallels, but the electric truck GM revealed is much less unique and futuristic than the early sketches. The automaker arguably did a nice job making sure it’s easy to differentiate between the current gas-powered Silverado and the upcoming Silverado EV, though it also managed to refrain from making the electric truck look like a spaceship.

We’re curious what you think of the Silverado EV. In addition, how do you feel about the sketches? Let us know what you like and dislike about the upcoming electric truck. What would you change?