Shortly after publishing a story about the Chevrolet Silverado ZR2 Bison showing up in the dealer ordering system, we now have a batch of spy shots that might give us a glimpse of the more rugged truck. Several shots in the gallery below compare this pickup to the existing ZR2 and the Beast concept from 2021.

Compared to the standard ZR2, this one appears to wear a new front bumper that exposes more of the wheels, which should improve the approach angle. A skid plate is visible underneath the truck. 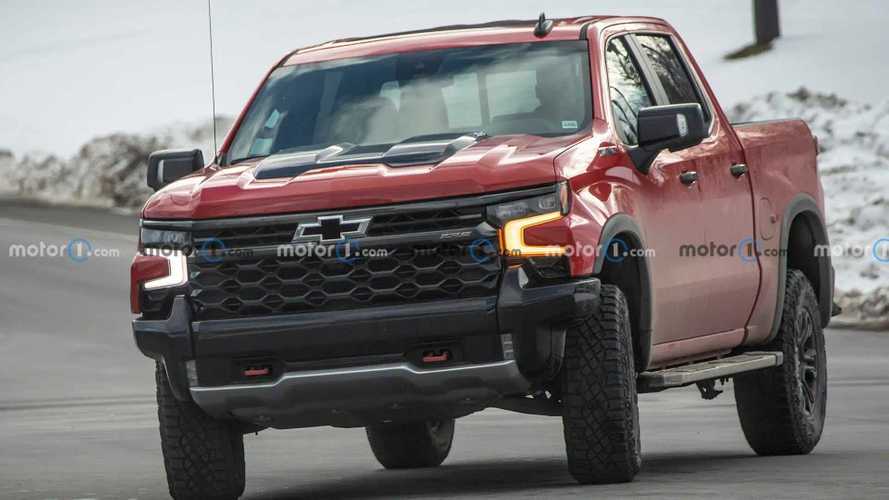 The pickup rides on Goodyear Wrangler all-terrain tires. Covers over the wheels conceal their design. Compared to the ZR2, it looks like the ride height might be a bit taller. In the shots of the back wheel, a portion of the Multimatic DSSV dampers are visible.

Looking through the window, there’s fabric on the dashboard. This suggests that the engineers have something to hide there.

At the back, the rear bumper appears shorter vertically on the ZR2. This would improve the truck’s departure angle.

What we are seeing here fits with the upgrades to the Colorado ZR2 Bison. That model has updated bumpers, five boron-steel skid plates, fender flares, model-specific 17-inch wheels with 31-inch tires, and a 2.0-inch suspension lift.

Like the Colorado Bison, we are expecting the Silverado version to come from a collaboration with American Expedition Vehicles.

The Silverado ZR2 already comes with quite a bit of off-road-capable parts. It has a lifted suspension with 40-millimeter Multimatic DSSV spool-valve dampers. The springs provide increased front and rear wheel travel in comparison to the Trail Boss trim. Revised bumpers improve the approach, break-over, and departure angles.

The only engine option for the Silverado ZR2 is a 6.2-liter V8 making 420 horsepower (313 kilowatts) and 460 lb-ft (624 Newton-meters) of torque. It hooks up to a 10-speed automatic transmission and has locking front and rear differentials.