Check A Model S Lose Its Roof In China: Tesla Explains What Happened

The company explained it had been repaired in an authorized third-party body shop.

After we reported that a Tesla Model Y lost its glass roof in the US, we hoped that would not happen again. Unfortunately, it did, only in China this time. While some made fun of that, claiming even Tesla cars made in that country had quality control issues, that was not the case. The vehicle that presented the issue was a Model S, not the made-in-China Model 3.

The whole situation seems to have happened on November 22, when the video was shared on the Weibo social media by the profile Car01. We used Google Translate to help us understand what was disclosed, and it came with the F word. Sorry for that, but here’s what was written. 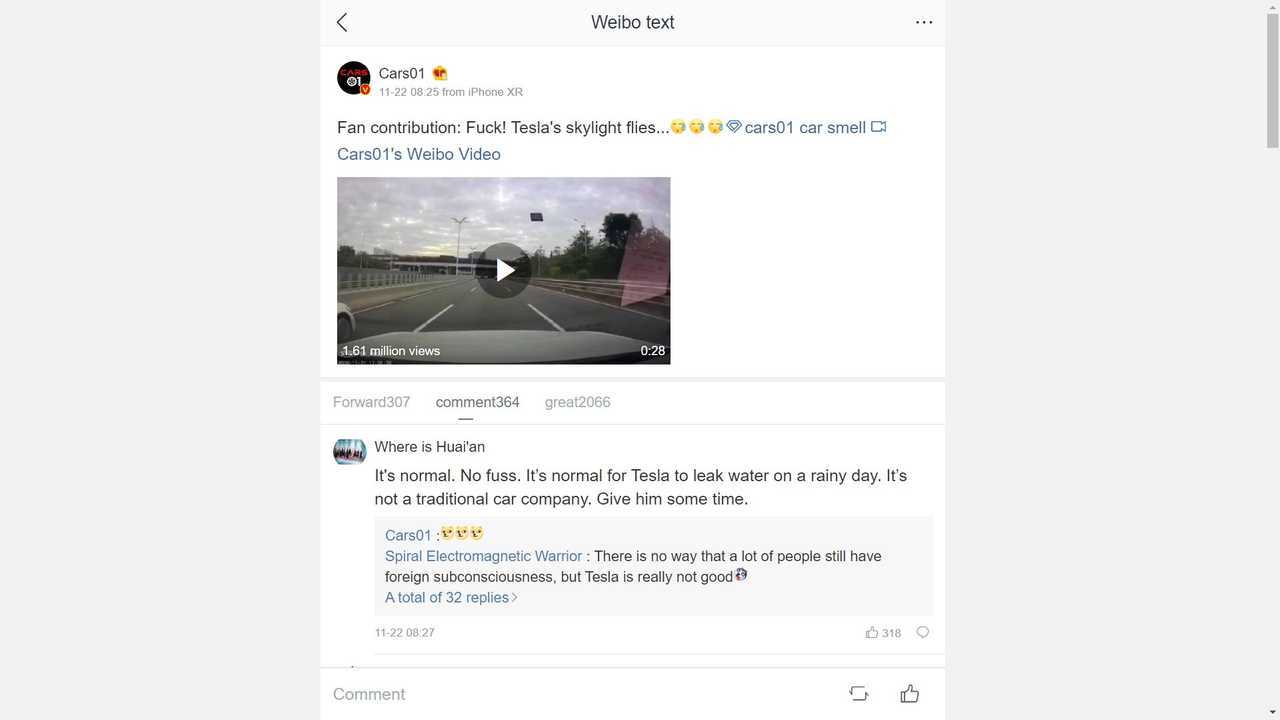 According to what Cars01 said, a reader sent them the video, ironically shot by a regular dashcam, not Teslacam or any other Tesla device. Apparently, no one was hurt, and the flying glass roof damaged no car. Only 4 hours and one minute after the post was published, Tesla interacted with it to explain what had happened. 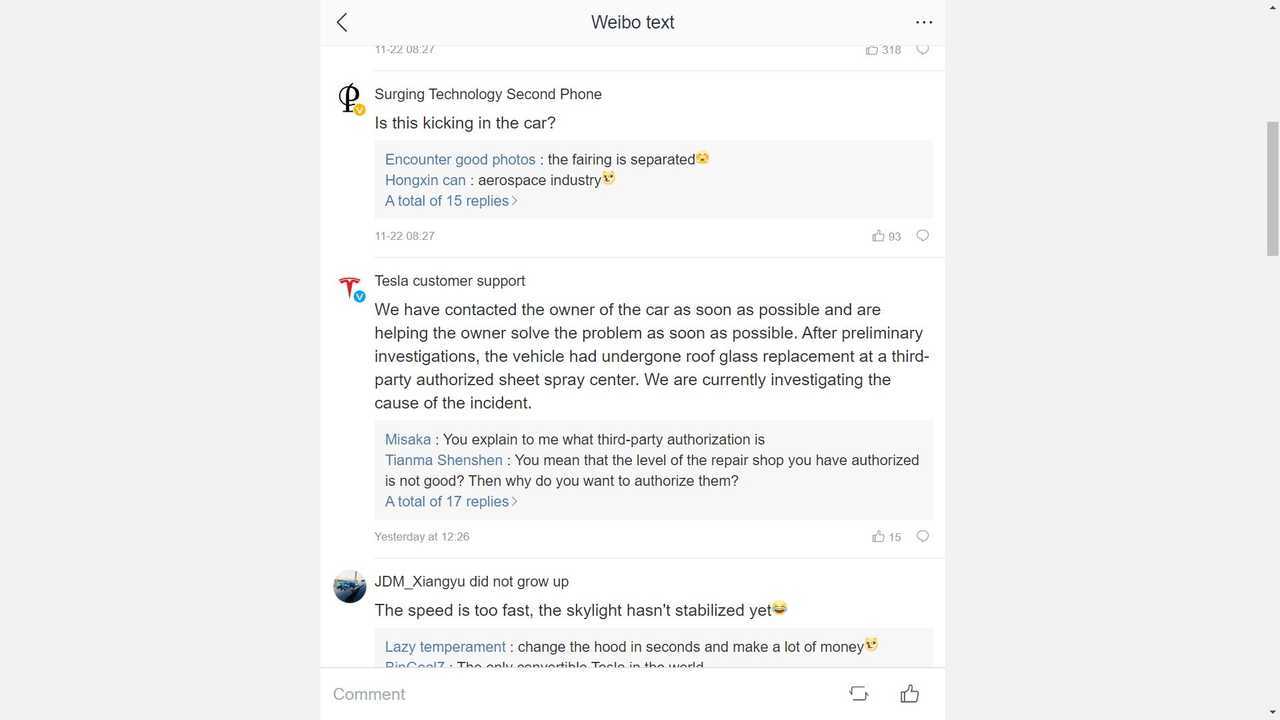 As you can see, thanks to Google Translate, Tesla said an authorized third-party body shop replaced the glass roof. Although it may have been their blame, the fact that it was an authorized company to perform the service does not entirely release the automaker from responsibility in this episode, especially if all official procedures and materials were rightfully applied. This is probably why Tesla said it is still investigating what happened.

In the video, we can see the Tesla accelerates very fast in the right lane until the glass roof flies off and flips multiple times in the air. The Model S immediately brakes when that happens, and we can hear when it hits the ground.

We have tried to use the conversation translator Google offers, but it did not help us understand what the people in the car that filmed the whole situation discuss. If you can help us with that, please share the translation in the comments below.

We would also love to hear from the owner, the shop that replaced the glass roof, and Tesla in this case, especially if the company can share the investigation results.

Related posts:
Renault: Reliability could decide battle for third | F1 News by PlanetF1
2021 Hyundai Elantra teased on Hyundai Malaysia Facebook – new C-segment sedan launching soon? – paultan.org
Best News
Blanchard Racing Team signs ex-Erebus engineer
01/22/2021
FBI: No crime committed as ‘noose’ rope was there in 2019
06/23/2020
Why VW Pulled The Plug On A 400bhp VR6 Arteon R
06/23/2020
2021 Kia Grand Carnival breaks cover – solid looker! – paultan.org
06/24/2020
New Volkswagen Arteon Shooting Brake arrives as part of facelifted line-up
06/24/2020
Recent Posts
This website uses cookies to improve your user experience and to provide you with advertisements that are relevant to your interests. By continuing to browse the site you are agreeing to our use of cookies.Ok