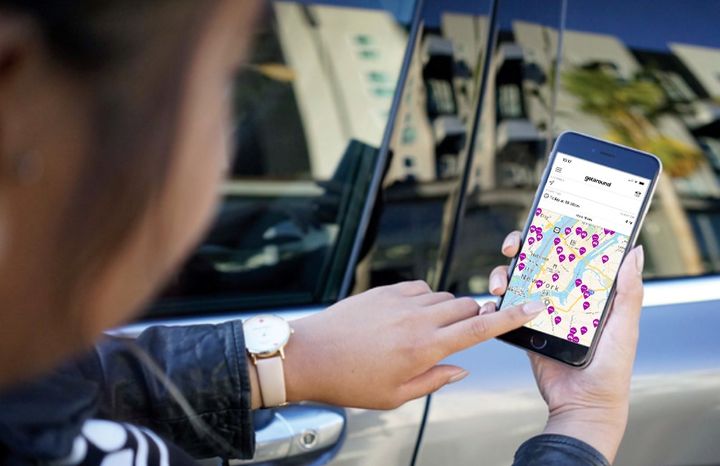 Carsharing company Getaround and InterPrivate II Acquisition Corp. have entered into a business agreement that will result in Getaround becoming a public company.

Carsharing company Getaround and InterPrivate II Acquisition Corp., a publicly-traded acquisition company, have entered into a business agreement that will result in Getaround becoming a public company. Upon completion of the transaction, the combined company is expected to be listed on the New York Stock Exchange under the new ticker symbol “GETR” and will be led by Sam Zaid, Getaround’s founder and CEO.

“Getaround is about empowering people everywhere to share cars and making the sharing experience increasingly simpler and more reliable through the use of digital and connected technology,” said Zaid. “Ultimately, our goal is to ensure Getaround is as convenient as personal car ownership. Consumers seeking to use a car or truck no longer need to stand in lines, fill out paperwork, or endure all of the hassles associated with owning and maintaining a vehicle. We are accelerating a much-needed transition from a legacy, analog car rental experience to a fully digital and ‘keyless’ carsharing experience.”

“The transaction with InterPrivate is pivotal to our long-term growth strategy,” added Zaid. “Proceeds will be used for continued product innovation, to densify the supply of digitally connected cars in our existing markets, and to increase both the mix and proximity of our cars and trucks for consumers. We will also look to bring our proven model to new markets, both domestic and abroad. Getaround is thrilled to partner with a reputable and trusted partner such as InterPrivate to usher in this exciting new chapter in our company's rich history as a publicly traded company.”

The business combination is expected to result in at least $225 million and up to $434 million in gross proceeds, including a convertible note commitment of up to $175 million provided by affiliates of Mudrick Capital Management, LP., according to the company.

“Getaround is one of the two largest players in the global carsharing market that it helped pioneer,” said Ahmed Fattouh, chairman and CEO of InterPrivate. "We are proud to partner with such an established leadership team — founder-led and bolstered by top executives with experience across leading Silicon Valley companies. As a relentless innovator, the company has designed and deployed its proprietary Getaround Connect technology to build formidable network effects in cities across the globe, improving utilization of automotive assets and transforming the way its customers access transportation. … Our merger is expected to accelerate the expansion of the company's uniquely enduring asset-light marketplace within one of the largest consumer categories, providing more efficient mobility for global consumers along the way.”

Currently, Getaround’s platform is active in more than 950 cities in eight countries.