Sadiq Khan outlines why ULEZ has come into force in London

Mr Bailey has warned taxing motorists “isn’t the way to solve air pollution” in the capital and has promised to reduce emissions without increasing taxes. Mayor Sadiq Khan is set to launch a new ULEZ expansion to Outer London boroughs coming into force from October.

The current ULEZ will increase on 25 October to include a single larger zone bounded by the North and South Circular roads.

However, Mr Bailey warned the Mayor was ‘taxing drivers any way he can” and increasing costs in the capital.

He has promised he would abandon plans to expand the ULEZ and focus his efforts on a new bus fleet instead. 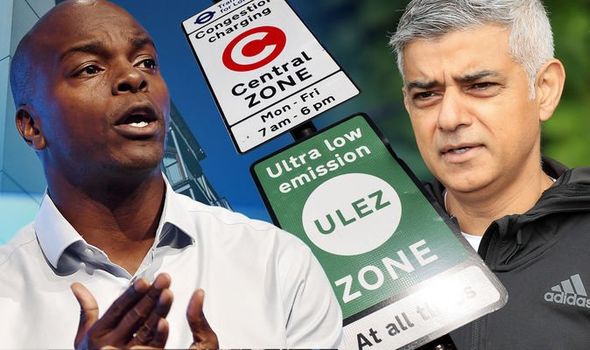 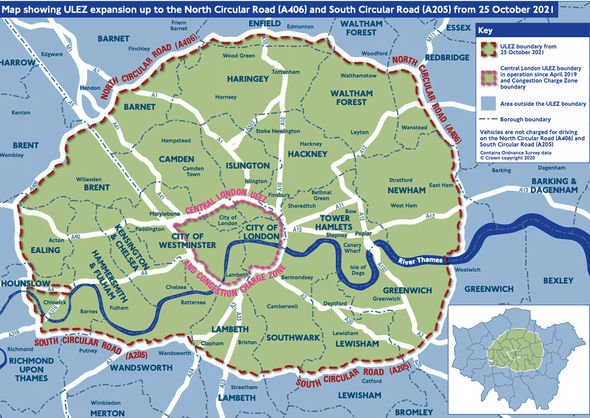 “So he’s taxing drivers any way he can — by increasing the congestion charge, introducing a new £3.50 charge, and expanding ULEZ.

“I’m passionate about cleaning up London’s air and protecting our children’s lungs. But taxing hardworking people isn’t the way to solve air pollution.

“Instead, I’ll introduce a fully zero-emission bus fleet. That way, we cut pollution without increasing taxes.”

The new ULEZ charge will continue to operate 24 hours a day, 7 days a week including weekends which will affect millions of residents.

Transport for London has predicted four out of five cars already meet the tough ULEZ restrictions and will not face any charges,

Instead, the focus is on targeting owners of older polluting cars, motorcycles, lighter vans and minibuses.

However, Mr Bailey has warned his choices would keep the cost of living down for those living in London.

He told Express.co.uk: “Leadership is about choices. Sadiq Khan has chosen to take the easy way out and make Londoners pay more.

“I’ll always face up to tough decisions — keeping the cost of living down while taking steps to improve the quality of life in London.

“That’s how we can give London a fresh start.”

In a statement online, Transport for London said the original ULEZ scheme has had a “transformational impact” on air pollution with a 44 percent reduction in nitrogen dioxide. 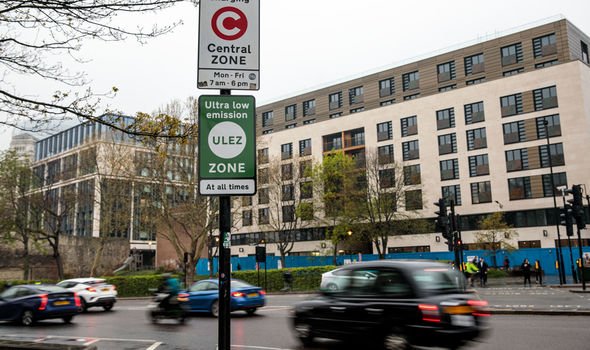 The scheme has also seen the number of vehicles meeting emission standard resid from 39 percent in February 2017 to more than 80 percent today.

A statement warned pollution levels were returning to “pre-pandemic levels” as they warned action needed to be taken.

They said: “Despite recent improvements in air quality, toxic air pollution in London remains the biggest environmental risk to the health of all Londoners.

“It harms our lungs worsens, chronic illnesses such as asthma, lung and heart disease, and puts the health of our children at risk.

“Air pollution is not just a central London problem, with many areas across the city still exceeding the legal limits for pollution.

“Pollution levels are now returning to pre-pandemic levels across the capital.”