Car insurance policies could rise as the number of claims caused by the new tools increase, according to experts. Prices could rise by as much as £50 for each motorist as insurers battle to cover losses from a predicted surge in cases.

This is because e-scooters are considered to be light vehicles and require insurance in the same way as road cars.

However, with many unsure of the new rules accidents involving uninsured scooters will need to be footed by the insurance industry.

The Motor Insurance Bureau (MIB) confirmed they currently provide compensation to those injured by e-scooters following a 2014 EU ruling.

The MIB says the laws will remain in place until the government decides to remove the legislation, something it has “no commitment to do”. 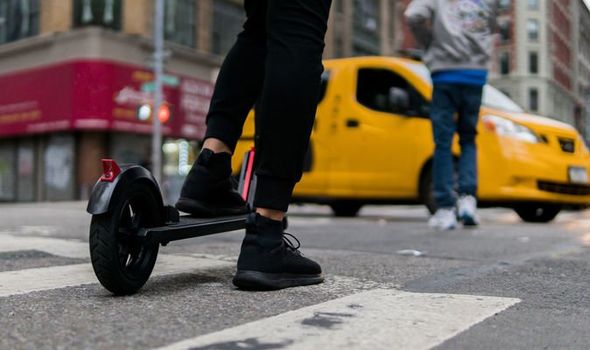 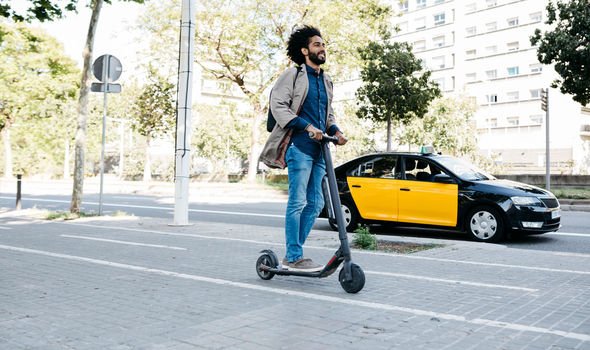 Although they backed plans to allow e-scooters on the road, the MIB has called for rules to come into place making it compulsory to have insurance in place before using the new tools.

The spokesperson said: “We support the potential legalisation of e-scooters for use on the road.

“But we stand with 80 percent of the British public in calling for a proportionate compulsory insurance requirement for these motorised vehicles.

“Following an EU ruling in 2014, we currently provide compensation to people injured by vehicles, including e-scooters.

“As we’re a not-for-profit organisation, this cost is likely to increase motor insurance premiums, and we think that’s unfair on honest premium-paying motorists.

“This EU law will remain in the UK law until the government legislates to remove it. So far, there has been no commitment to do that.

“E-scooter users without insurance could be forced to pay out thousands of pounds in liability if they cause a collision creating a significant risk to all concerned.”

A new study from LV has revealed that 84 percent think there should be specific insurance for electric scooters.

Three-quarters of those polled in the study said they would like to see at least personal injury cover held by riders.

Tom Clarke, Head of Electric Vehicle Strategy at LV, said the firm would be pushing for legislation on safety and insurance measures.

He said: “E-scooters can become a vital part of our travel ecosystem, particularly within cities. 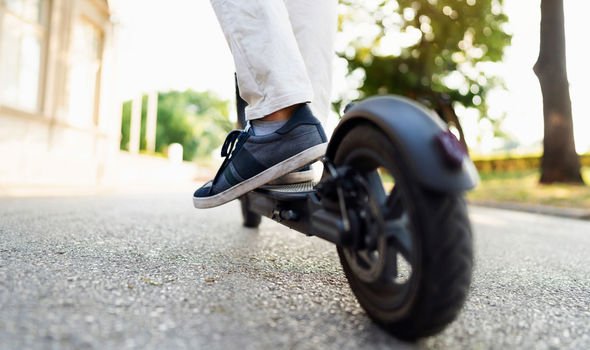 “Providing the rental trial goes well, we’ll be calling on the Government to legislate for safety measures and insurance to be required by law for personal scooters, as this is what people have resoundingly told us.”

According to MoneySuperMarket, a minimum amount of insurance is required to use a scooter on the road.

They say that anyone caught riding a scooter without insurance could see them hit with penalties.

Those caught could receive a fixed penalty of £300 and up to six penalty points although drives could face an unlimited fine or a ban if the case is taken to court.

MoneySuperMarket reveals scooter insurance premiums tend to be cheaper than other vehicles.

They predict that comprehensive scooter cover would cost riders an average of £244.81.