The UK’s departure from the European Union on 31 December has ended existing deals regarding motoring offences which could see thousands of drivers escape punishment. The EU’s cross-border enforcement directive no longer applies to road users which means information cannot be shared between borders.

It means drivers who break speeding rules and are caught by cameras in France will not pay for penalties when they return to the UK.

More than 44,000 British drivers were fined after being picked up by speed cameras in France last year, making UK drivers the most likely to be caught in the country.

French officials are set to lose millions in lost fine revenue as a result of the new rule change.

Up to €60millon of unpaid British motoring fines a year will be lost in a cataclysmic Brexit hammer blow for the continent. 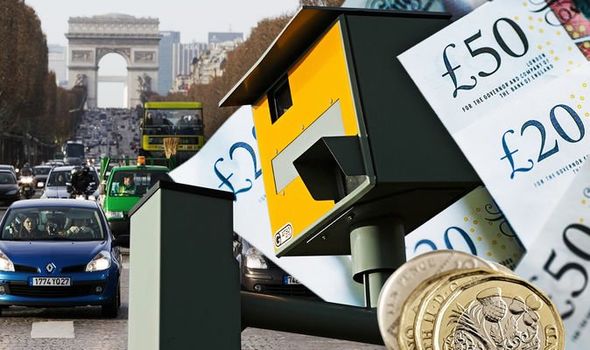 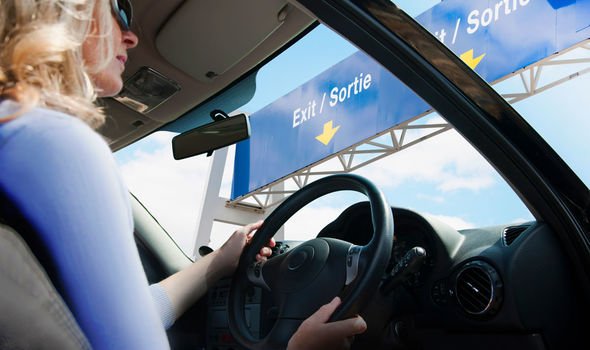 Fines picked up by British drivers vary with penalties starting from just €135.

However, penalties can rapidly increase with some road users picking up penalties of up to £1,500 in some cases.

Drivers are warned the rule only applies to drivers who are picked up by speed cameras and later issued charges.

Drivers can still be issued fines if they are stopped by police and issued traditional on-the-spot penalties.

DON’T MISS
Driving after Brexit: new rules to be introduced [INSIGHT]
Thousands of drivers will be forced to ‘drive miles’ for IDP [ANALYSIS]
30,000 commuters could have their car seized after Brexit [COMMENT]

Drivers who are found to be travelling 50km/h or more above the speed limit are still liable to have their vehicle seized.

It is understood French officials are trying to negotiate a new agreement to enable drivers to be fined retrospectively.

The EU directive was first launched in 2015 but France and the UK only began sharing information last year.

The UK were initially against joining the scheme as they were worried the cost of setting up the programme would be more than any fines generated.

However, French officials are concerned the UK could bumble over the negotiations which would allow drivers to break the rule without heavy punishment.

The new loophole also means the DVLA will not be able to get the details of European drivers caught breaking the law in the UK.

In recent months, experts have warned French officials were trying to exploit the scheme in the run-up to Brexit. 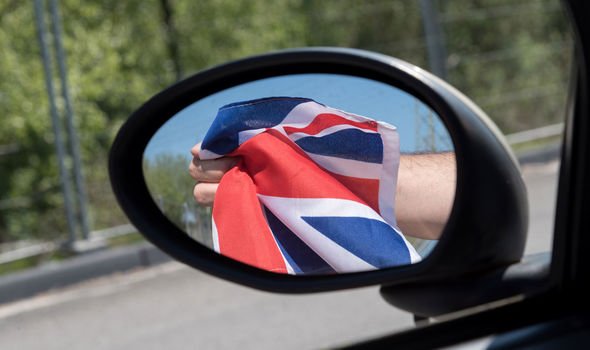 The AA warned drivers were being used as “cash cows” who feared they would lose out on charges when the UK left the EU.

What do I need to drive abroad?

New rules have been introduced for those aiming to travel to the European Union as a result of Brexit.

Although the majority of drivers will require an International Driving Permit, they will need to secure a car insurance green card.

Road users can get a green card emailed to them but have been warned they musty print this out and hold a physical copy.

This will be needed at the border and if drivers suffer an accident when travelling abroad.

Related posts:
The Lexus LC 500 Inspiration Series Combines Carbon Fibre With An N/A V8
VW Golf 8 Hit By Another Software Glitch, 56,000 Cars Recalled
Best News
A Coachbuilder Has Turned A 550 Into A Ferrari 'Breadvan Hommage'
01/26/2021
FBI: No crime committed as ‘noose’ rope was there in 2019
06/23/2020
Why VW Pulled The Plug On A 400bhp VR6 Arteon R
06/23/2020
2021 Kia Grand Carnival breaks cover – solid looker! – paultan.org
06/24/2020
New Volkswagen Arteon Shooting Brake arrives as part of facelifted line-up
06/24/2020
Recent Posts
This website uses cookies to improve your user experience and to provide you with advertisements that are relevant to your interests. By continuing to browse the site you are agreeing to our use of cookies.Ok