Home » Car Reviews » BMW Japan’s booth at the 2023 Tokyo Auto Salon will have an enormous version of the M3's kidney grille – paultan.org

BMW Japan’s booth at the 2023 Tokyo Auto Salon will have an enormous version of the M3's kidney grille – paultan.org 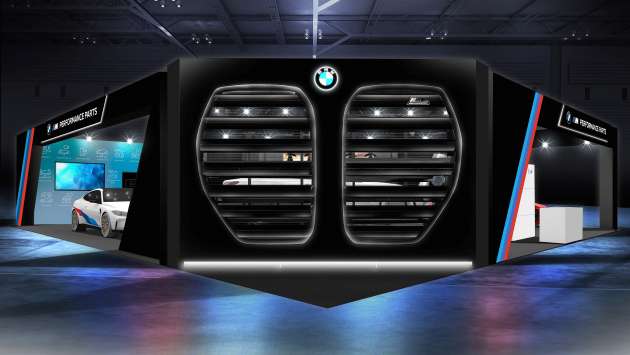 The BMW X7, iX, 4 Series, M3, M4 and more recently, the XM all have large kidney grilles, which have been hotly debated among car fans. Even so, the German carmaker is standing behind its design approach, so much so that an enormous kidney grille will feature at its booth at next year’s Tokyo Auto Salon.

In an official release, BMW Japan said “the kidney grille, a symbol of BMW design, has been imitated in an unprecedented size.” The upsized grille doesn’t go all the way to the ceiling, but it is pretty faithful recreation of the M3 Competition’s nose with a model badge and a vehicle assistance tech sensor below it.

Meanwhile, the BMW roundel sits at the top and the slats provide visitors with a glimpse of the open-sided exhibition area, which includes a range of M Performance parts fitted to a M3 Competition xDrive as well as a M240i xDrive.

Also present will be the M4 GT3 that won at Suzuka Circuit in the GT300 class of the 2022 Autobacs Super GT series. BMW Japan also said it will premiere a special limited-edition model at the event. The display space will also have a stage where BMW will interview guests on topics such as BMW motorsport activities and the services available from dealers.

Trolling or not, BMW is clearly owning its grille designs, and BMW Japan is leaning into the “joke” that has festooned the internet rather than being defensive about it. Remember, the “OK, Boomer” response from two years ago?

OK, Boomer.
And what’s your reason not to change?