California-based bicycle manufacturer Sixthreezero has a fun and practical alternative to taking your car when dropping your kids off to school. It’s called the EVRYjourney Tricycle, and it looks like a fun, no-frills way to get around town while enjoying the wind in your hair with your kids—or grown-up friends—in tow.

Indeed, the EVRYjourney tricycle could very well be the most practical electric three-wheeler, and could actually replace your car for around-town trips. Not only is it cheaper than a car, it’s a lot easier to operate, too, as you can ride on cycling paths away from busy roads. On the performance side of things, the e-trike features a puncy 750W front-mounted hub motor. Though top speed and torque figures have yet to be announced, chances are this motor’s packing more than enough juice to haul you and your companions up some pretty steep hills. Furthermore, however, Sixthreezero hasn’t disclosed any info on battery tech.

We do know, however, that the battery is housed behind the seat tube, and it looks like a rather large unit. The bike also rolls on 24-inch fat tires, and even sports a suspension fork to ease out bumps and road imperfections. That said, there’s no rear suspension, but the fat tires should be enough to cushion any blows from unforeseen potholes.

Complementing the 750W motor is a seven-speed drivetrain allowing you to optimize pedal assist depending on your speed. There’s even a handlebar-mounted throttle, so you can use the EVRYjourney trike as you would a gasoline-powered trike—albeit a really slow one. Now, we can’t expect this trike to hit exhilarating speeds, but Sixthreezero has thrown in a set of mechanical disc brakes for good measure. 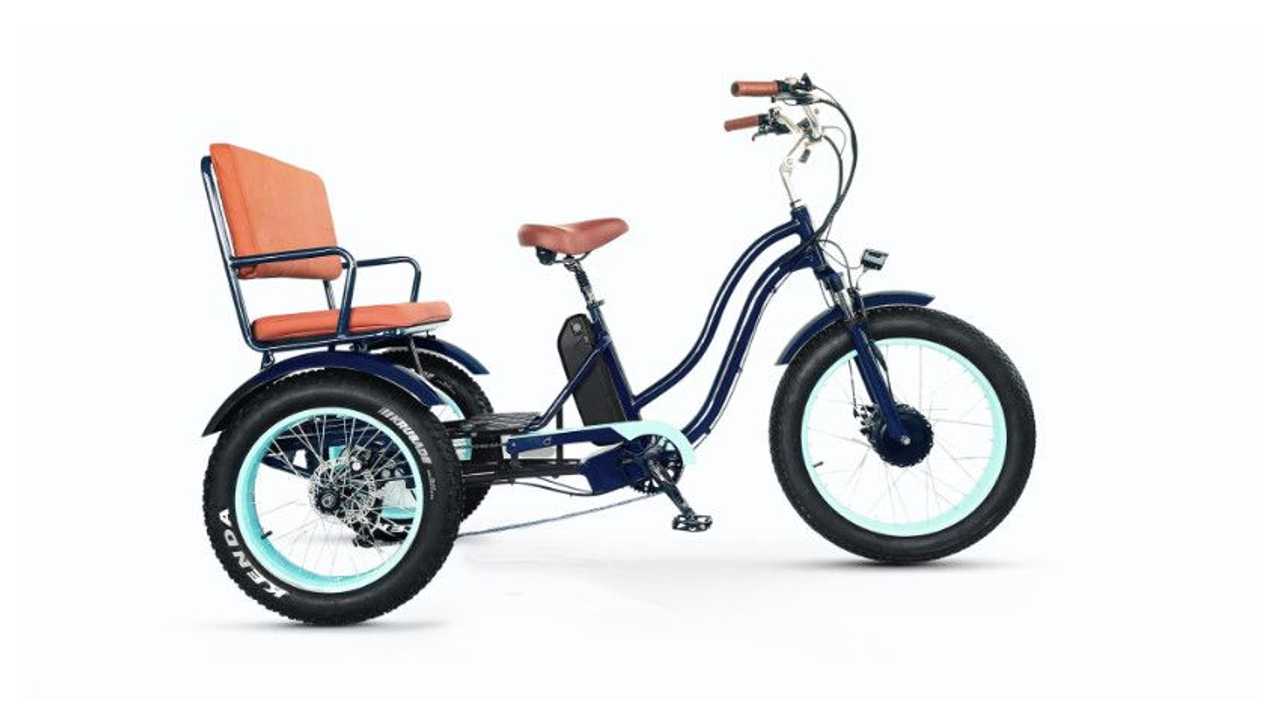 Availability and pricing-wise, the Sixthreezero EVRYjourney Trike is expected to begin deliveries by April 2023. The price is set at $3,999 USD, however, there’s a pre-order promo which lowers the price to just $3,499 USD.