The DTM-spec gasoline engine doesn’t drive the wheels. Instead, it acts as a range extender to charge the battery.

Shortly after introducing the R8 LMS GT3 Evo II, Audi Sport’s motorsport division is unveiling another race car. The RS Q E-Tron is of an entirely different nature compared to the mid-engined V10 supercar as the first Dakar Rally challenger from the Four Rings was conceived to tackle grueling terrains rather than the perfect asphalt of a conventional track.

For its electrified motorsport activities planned for the upcoming 2022 motorsport season, Audi is ditching Formula E to tackle the Dakar Rally with the RS Q E-Tron. Aside from looking incredibly rad (and rocking a faux singleframe grille), the off-road beast is making the headlines thanks to an interesting powertrain. 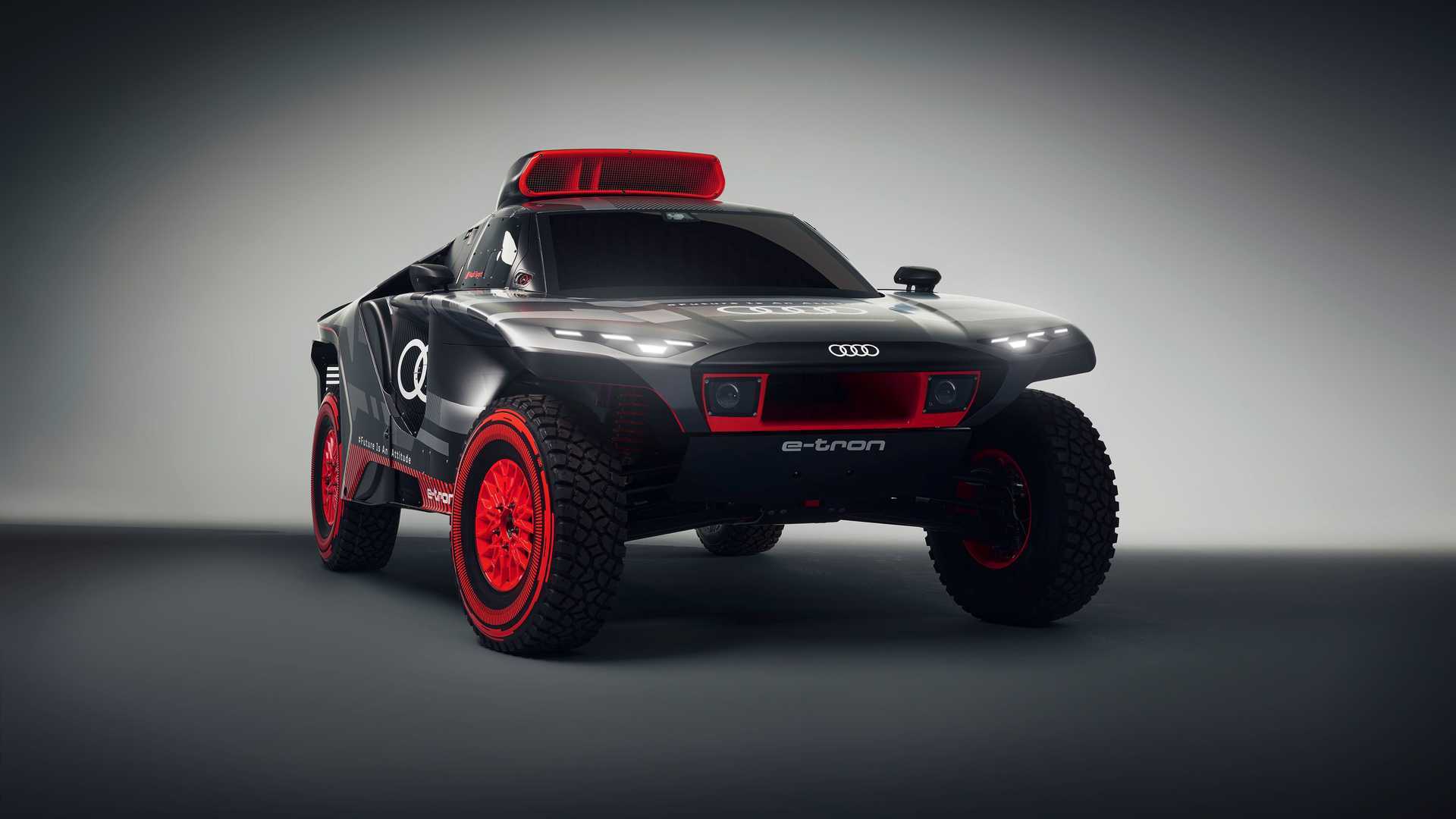 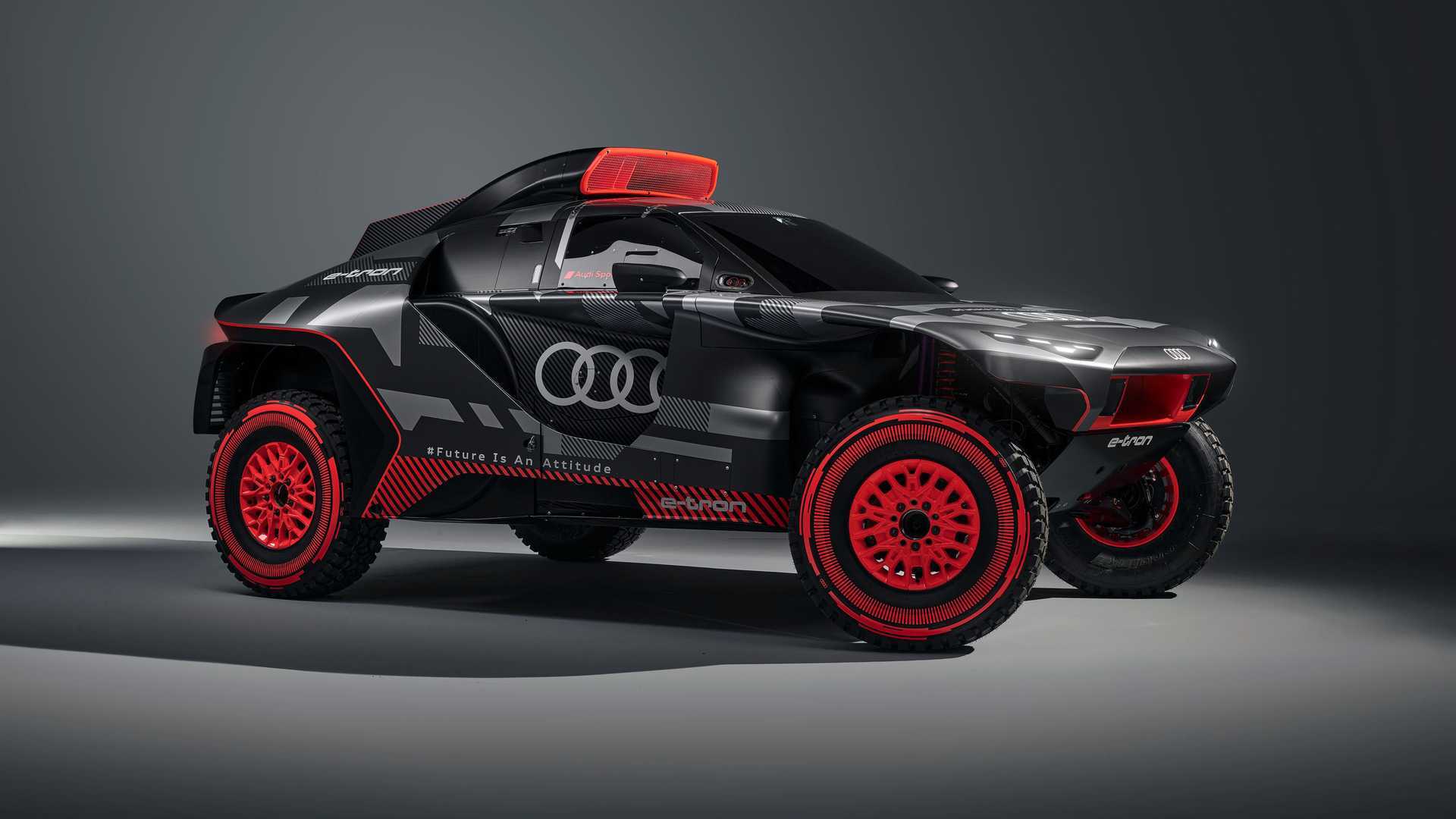 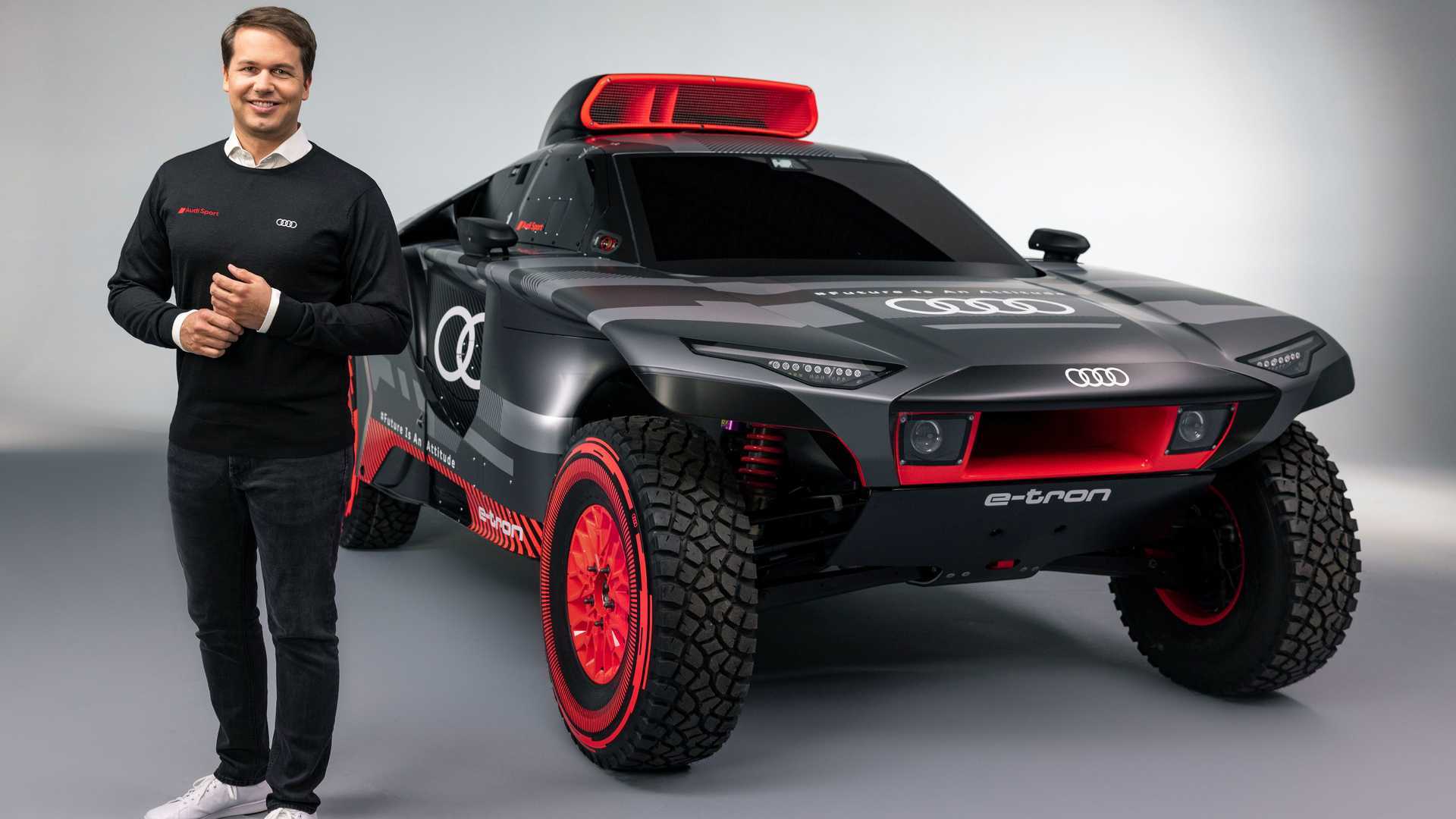 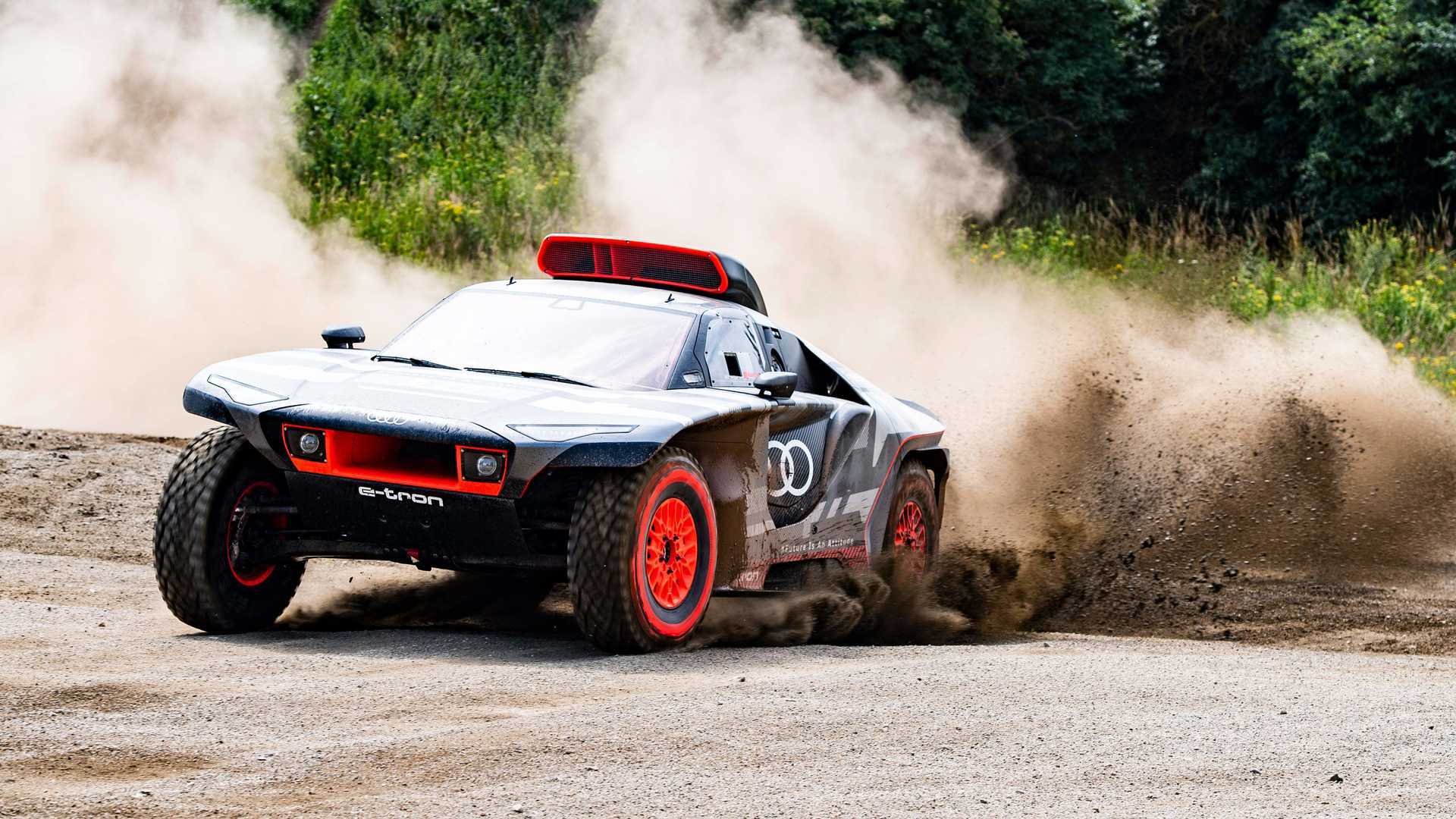 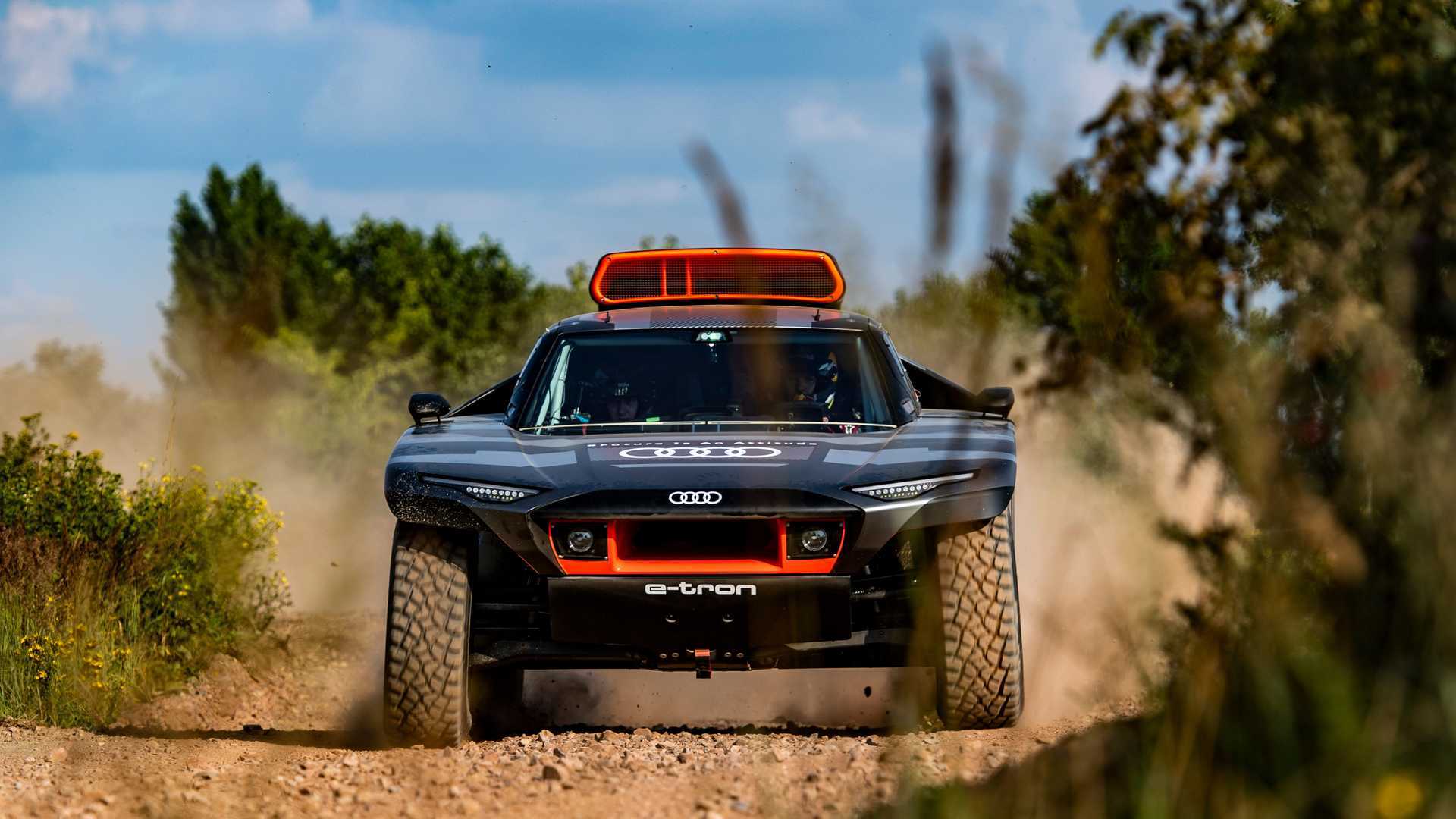 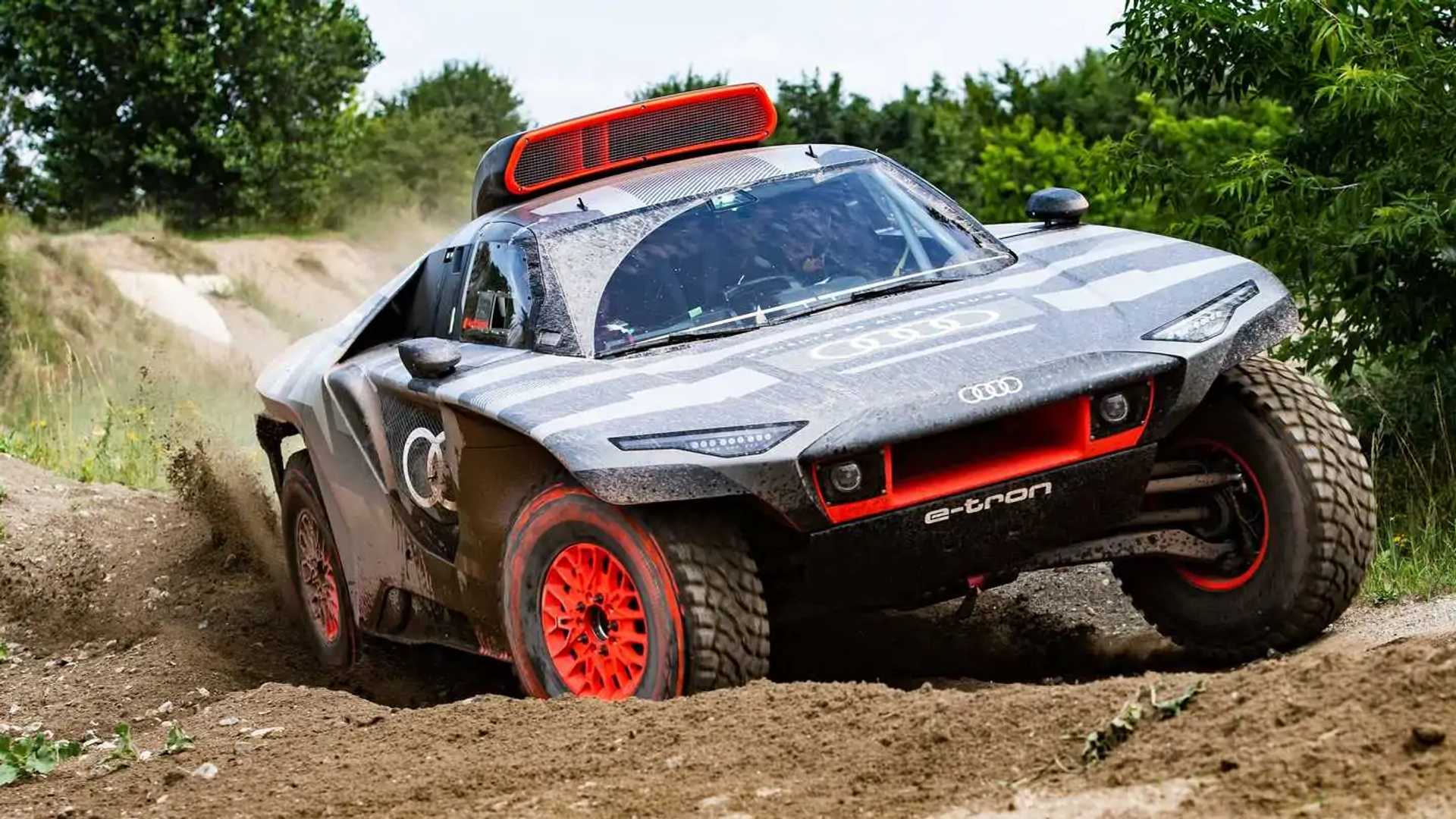 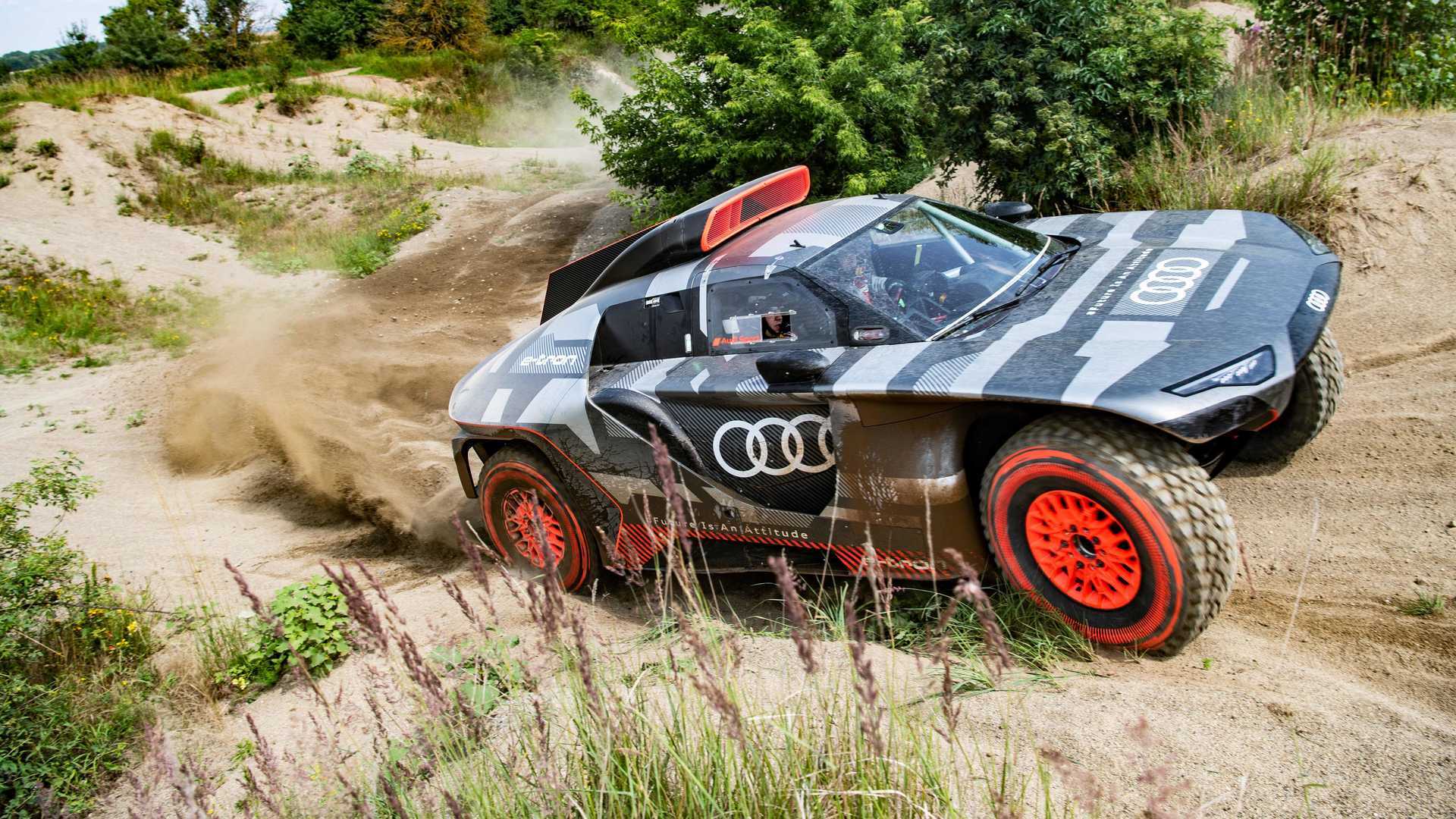 It’s fully electric, courtesy of front and rear motors adapted from the 2021-spec Audi e-tron FE07 Formula E car. However, there’s a TFSI gasoline engine borrowed from DTM that serves as an integral part of the energy converter system to charge the battery on the go. The internal combustion engine serves as a range extender and works at 4,500 to 6,000 rpm.

Audi says the gasoline mill operates at a “particularly efficient range” to lower emissions to fewer than 200 grams of CO2 per every kWh fed to the battery. The 2.0-liter, four-cylinder turbocharged engine gets its necessary juice from a 295-liter gasoline fuel tank positioned at 1.1 meters (3.6 feet) behind the front axle (and also behind the driver).

The energy converter also contains a third motor-generator unit (MGU) to recharge the battery while the RS Q E-Tron is being pushed hard. Audi Sport has developed the high-riding racer with a 50-kWh pack that weighs 370 kilograms (815 pounds) and with support for an energy recovery mechanism during braking.

According to the peeps from Ingolstadt, the total output delivered by the electric drivetrain is rated at 500 kilowatts or 670 horsepower. As per Dakar Rally regulations, the vehicle weighs at least 2,000 kilograms (4,409 pounds).

Audi says the RS Q E-Tron had its first outing earlier this month in Neuburg and will undergo a comprehensive test program until the end of the year which will include entries at cross-country rallies.