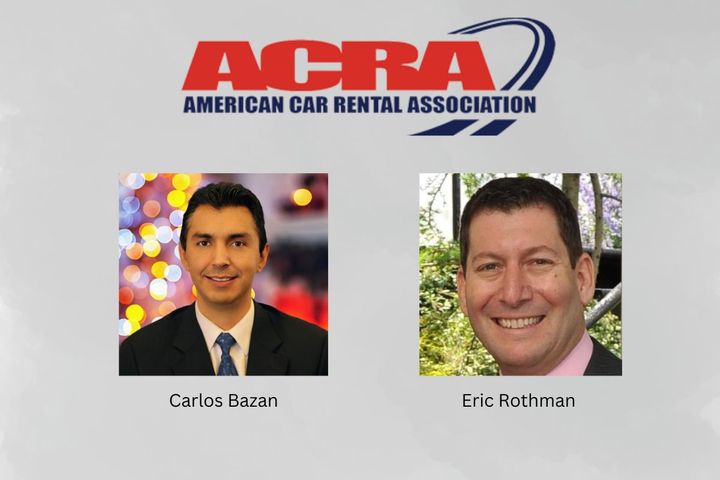 Bazan is a seasoned businessman with over 25 years of experience managing startups and blue-chip companies. His work has been mainly in the media, oil and gas, retail, and transportation industries. Bazan has ample experience operating peer to peer and direct, independent car rental companies, including neighborhood locations and airport facilities.

In the political arena, Bazan has been active in lobbying in the United States, Mexico, and the European Union (Belgium), and has been featured in media in the United States, Mexico, Colombia, and Spain. He has been also a member of the American Car Rental Association since 2018, and an ambassador for California and a member of the Legal and Legislative Committee since early 2019.

Eric Rothman is currently CEO of Empire Mobility (formerly Empire Rent A Car), specializing in van and truck rentals primarily to commercial and corporate accounts in the Northeast. He recently exited Fast Track Mobility, LLC a TNC rental car/fleet management company in New York City, where he was founder, president & CEO, and board member from July 2014 to December 2021.

Rothman previously served on the ACRA board and has continually served on its Mobility Task Force as well as its Legal & Legislative Committee since 2017. He was president and executive director of the Driver Opportunity Services Association from September 2018 to December 2021, a trade group of NYC for-hire-vehicle rental companies. In addition to these roles, Rothman served as a board member and on the Finance Committee for the Community Synagogue of Sands Point from 2013 to 2021, and is an owner and on the board of the Guaynabo Mets, a professional basketball team in Puerto Rico.

Rothman has more than 25 years of investment and management experience. After a federal clerkship at the U.S. Court of International Trade, he began his career as a corporate finance and bankruptcy attorney at Arnold & Porter Kaye Scholer LLP. From 1999 to 2004, he was senior vice president, global head of structured products for Assured Guaranty Corp., a mono-line insurance and reinsurance company. Following Assured Guaranty, he was a managing director at UBS Securities, LLC from 2004 to 2007, where he was head of the Synthetic Strategies Group within fixed income. In 2008, he became president & chief investment officer at The Zeus Organization, LLC from 2008 to 2014, a distressed debt buyer and workout group.

Rothman received a Bachelor of Arts in economics from the University of Michigan and a Juris Doctorate, with honors, from the Benjamin N. Cardozo School of Law.