Friends, we have to admit we love reporting about people born in the first quarter of the 20th century that are still alive and kicking and driving cars on a daily basis. Do you remember the 90-year-old man who bought a brand new Chevrolet Corvette for his birthday? Or the 107-year-old who still casually cruises with his Mercedes-Benz SLK 320 (see the related links below). Well, today we have another member joining the club.

Meet Harold Baggott who was born in 1920 and still drives daily. His first driving experience dates back to when he was aged 10 and was given time behind the steering wheel of his family’s Ford Model T before getting his official driver’s license in 1936. Now, approximately 90 years after learning to drive in Ford’s first mass-produced vehicle, Baggott is sampling the Mustang Mach-E. 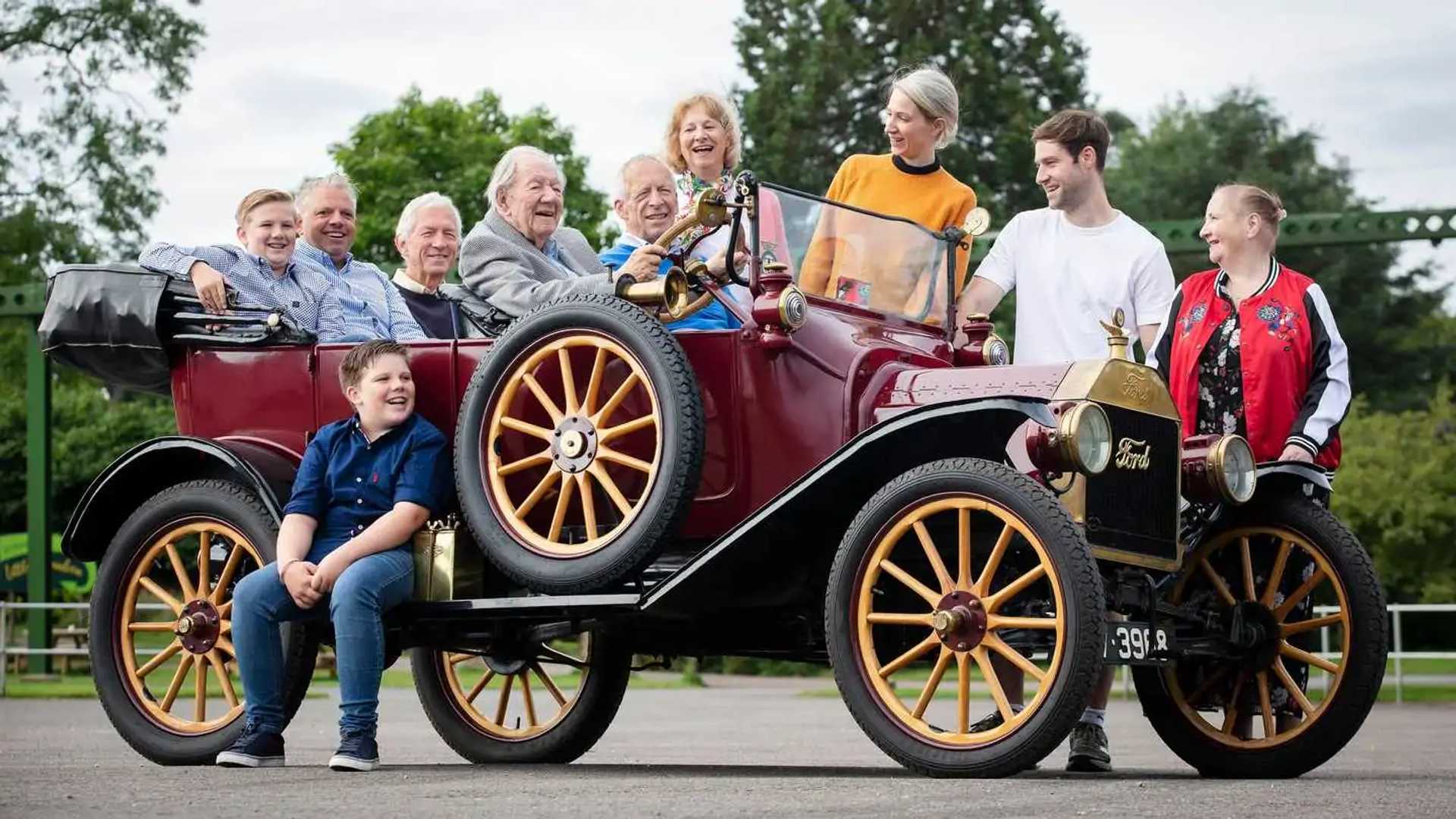 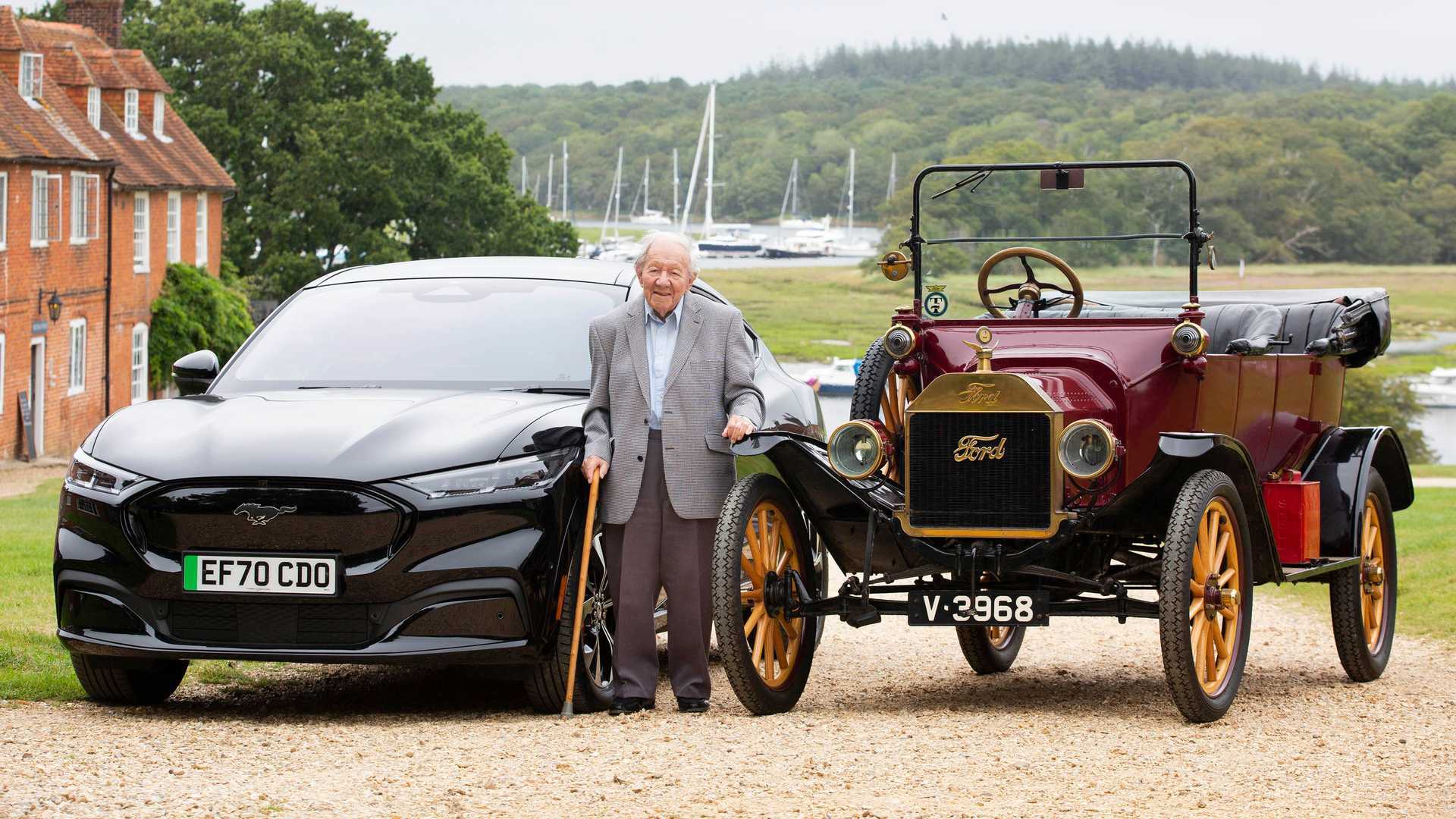 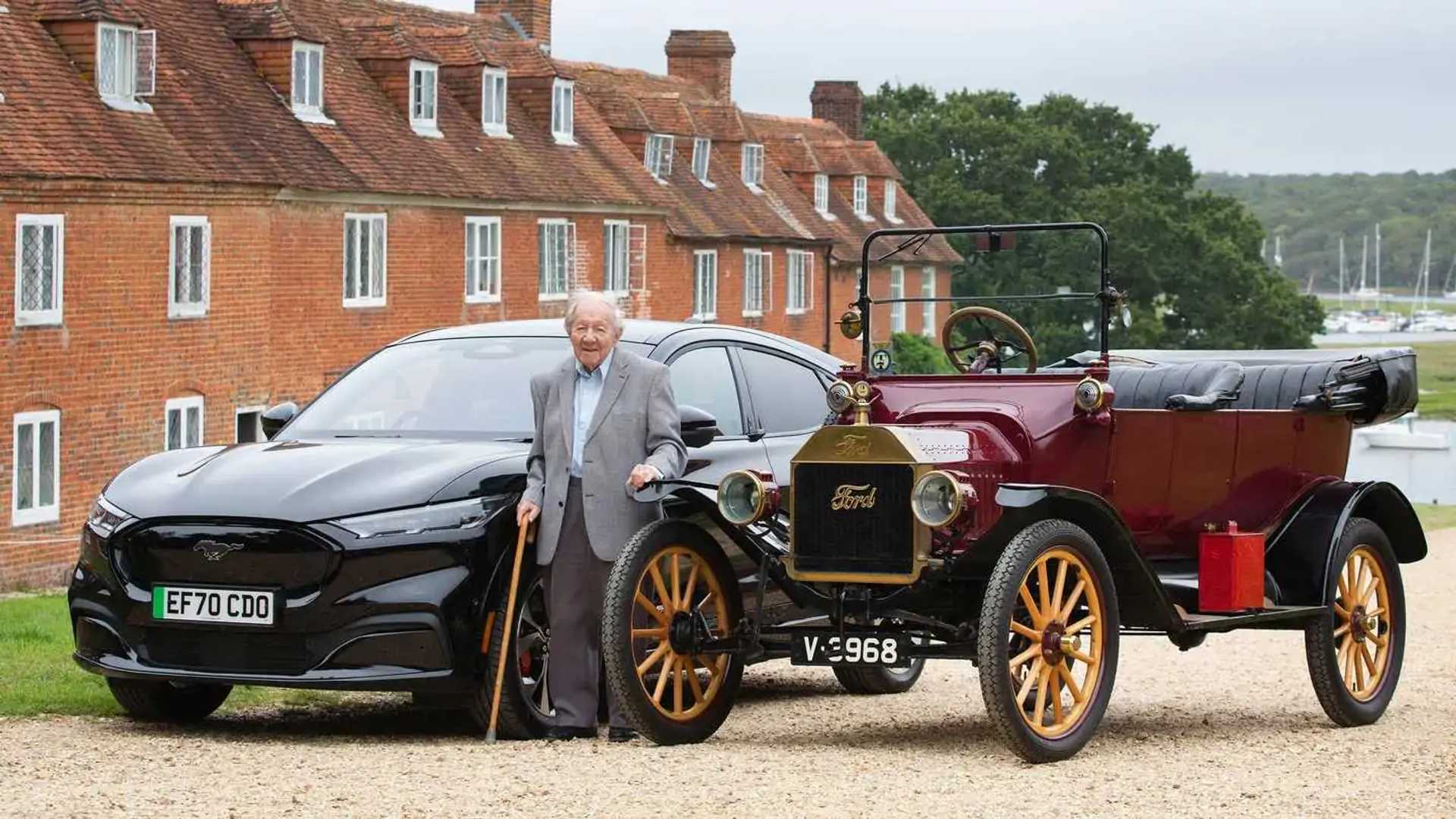 It’s safe to say Baggott is a true Ford enthusiast. His first car was a Ford 8 Popular bought in 1937 for £100 followed by a Ford Anglia the next year. In total, he and his family have owned 20 Fords plus a high number of commercial vehicles from the company to run their travel and coach business. Even today, Baggott remains interested in the automotive industry.

“Since the age of 10, I’ve retained my interest in motoring and today find myself interested in the switch to electrification following the government phasing out the traditional combustion engines I’m used to. I have reminisced about my driving history with the Model T and seen what the future has in store. It was exciting to get behind the wheel of what I expect to see my great-grandchildren will be driving.”

Ford of UK gave Baggott a ride in a fully restored 1915 Model T before giving him the chance to drive the all-electric Mustang Mach-E with members of his family.