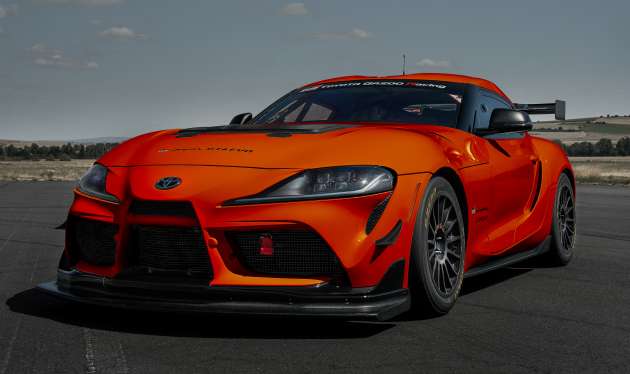 Already a champion in Japan, the United States and Europe with over 100 podium finishes, Toyota has revealed the upgraded 2023 GR Supra GT4 EVO. Built for customer racing, the Supra GT4 EVO has been further enhanced with a focus on three main areas – brakes, handling and engine – based on customer feedback and requests.

Power comes from a 3.0 litre straight-six turbocharged petrol engine that capable producing up to 600 Nm of torque. Powertrain upgrades include a Drexler Motorsport-specification limited-slip differential and a modified eight-speed ZF automatic transmission. Allowing the engine to sing the higher notes is an Akrapovic racing exhaust system while a Marelli ECU extracts more power from the straight-six powerplant. 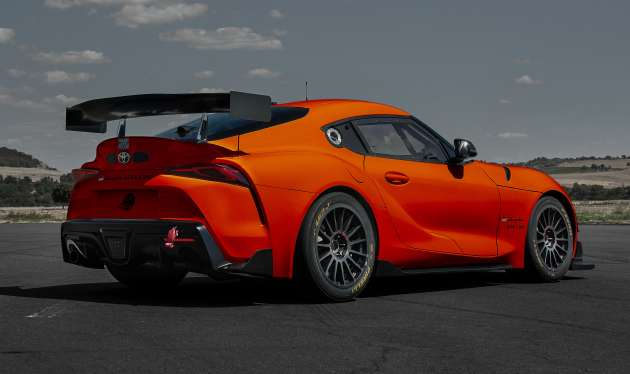 With the increased power and optimised torque curve along with an improved cooling system, Toyota says drivers will be able to push for faster lap times. Standard equipment on the GT4 EVO race car includes a digital meter, data logger, a fire extinguisher and air jack system.

Orders for the GR Supra GT4 EVO race car will commence from October 28 2022 as it makes its competitive debut in January 2023 at the 24 Hours of Daytona. Enquiries on vehicle sales and spare parts can be made to Toyota Gazoo Racing Europe GmbH (for Europe), TRD USA (for North America) and Toyota Customising and Development (for Japan). Each of the ready-to-race GR Supra GT4 EVO is priced at 186,000 euros (RM875k).