2023 Alpina B4 Gran Coupe Teased Ahead Of Tomorrow's Reveal

We first heard about Alpina’s plans to launch its own version of the BMW 4 Series Gran Coupe last summer. Several weeks later, the first prototype of the B4 Gran Coupe was already out testing on the streets and it seems that the development has been completed. The company now owned by BMW will reveal its new performance offering tomorrow and there’s one last teaser previewing the four-door coupe.

Alpina used its Facebook page to promote the B4 Gran Coupe saying it is “born and made in Buchloe.” The new model will serve as an indirect replacement for the previous generation Alpina B4, which had two doors and a traditional coupe form. Interestingly, answering a question by a user, Alpina seemingly hints at an evolution of its signature wheel design. 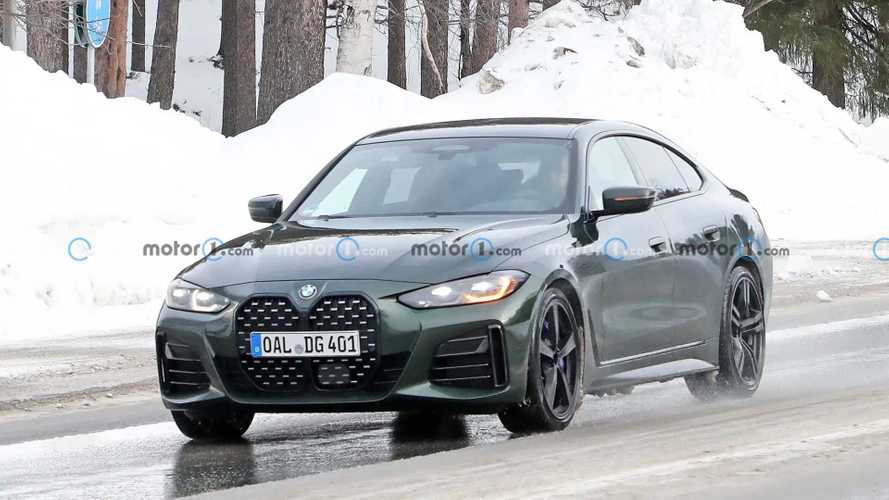 According to preliminary details, the Alpina B4 Gran Coupe will receive the B3’s powertrain. This means there will be a twin-turbo 3.0-liter inline-six engine under the hood, good for around 462 horsepower (344 kilowatts) and 516 pound-feet (700 Newton-meters) of torque. An eight-speed automatic gearbox will be the only available option and it will be mated to a modified version of BMW’s xDrive AWD system for variable distribution of torque between the wheels. The B4 Gran Coupe will be launched to fill a niche BMW is not really interested in.

Alpina already offers the B3 in sedan and wagon forms and the new B4 will complement the family of compact performance vehicles. BMW, in turn, has the M3 and M4 as traditional sports coupe and sedan, and it is also currently working on the first-ever M3 wagon. Just recently, the Bavarian company merged an M3 with a 3 Series wagon to build the first M3 wagon prototype.

All will be revealed tomorrow, Alpina promises. Stay tuned for the official information and photos.