Acura has a brand new Integra for the 2023 model year and it is already on sale. The production of the sports car begins at the Marysville Auto Plans, marking the first time in history the Integra is built in the United States. The first units are expected to arrive at the brand’s US dealers in early June this year or about a month from now.

The factory in Ohio is the exclusive global producer of the new Integra, where the sports car is assembled on the same line as the Acura TLX. In the preparations for the start of production, the associates at the plant had to overcome several challenges, including working remotely during the worst weeks of the COVID pandemic. New processes and new equipment were needed due to the different panels of the Integra compared to other vehicles assembled at the Marysville Auto Plant. 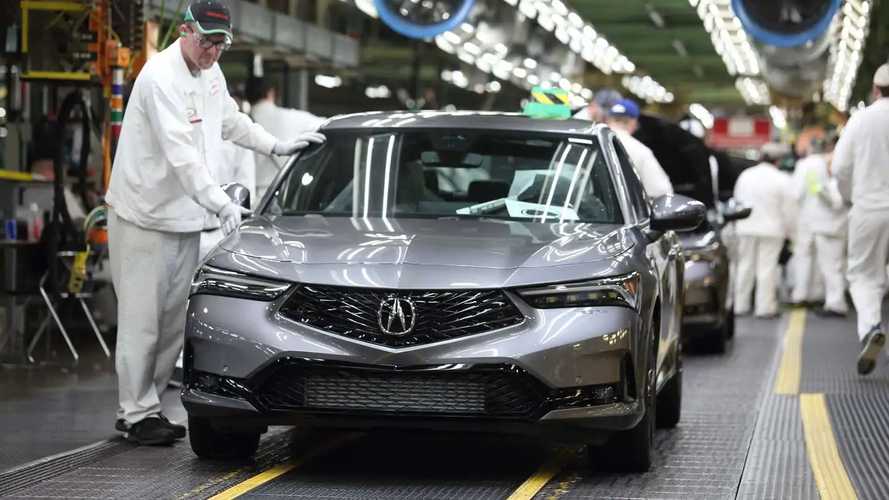 Acura also had to install an entirely new instrument panel production equipment that meets the requirements of the Integra’s digital panel. The vehicle’s 1.5-liter turbocharged engine, meanwhile, is assembled at Honda’s Anna Engine Plant in Ohio. As a reminder, the four-cylinder unit delivers a peak output of 200 horsepower and 192 pound-feet of torque.

The 2023 Integra made its official debut in March this year and in April, the automaker released the pricing information for its new performance product. Prices for the first year on the market start at $31,895 for the base model, including the mandatory destination fee of $1,095.

As standard, the vehicle is equipped with a CVT, though if you upgrade to the A-Spec trim with the Technology Package, it comes with a six-speed manual gearbox. This pushes the price to $36,895 but Acura says 70 percent of reservation holders wanted the three-pedal configuration.

The A-Spec vehicles also benefit from 18-inch wheels and have a small spoiler at the back. The interior is equipped with stainless steel pedal caps, red gauge needles, and contrast stitching for the upholstery.