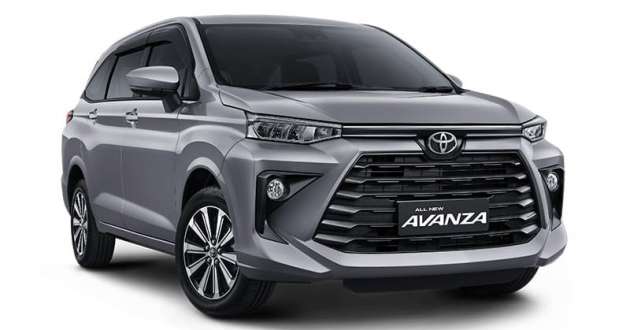 Here it is, the third-generation Toyota Avanza, which is making its launch debut in Indonesia today together with its sportier Veloz version. The all-new Low MPV replaces the second-generation model that has been around for just over a decade, bringing with it significant changes inside and out.

Firstly, the Avanza now rides on the Daihatsu New Global Architecture (DNGA) that also underpins the Raize as well as the Daihatsu Rocky and Perodua Ativa. This transition from a ladder frame to monocoque construction is accompanied by MacPherson struts at the front, while a torsion beam is used for the rear instead of the previous live axle.

More importantly, this is the first Avanza be front-wheel drive, as all previous generations were rear-wheel drive only. Engine options remain familiar, including a 1NR-VE 1.3 litre naturally-aspirated DOHC four-cylinder unit with Dual VVT-i that serves up 98 PS at 6,000 rpm and 121 Nm of torque at 4,200 rpm, which is only paired with a five-speed manual transmission. 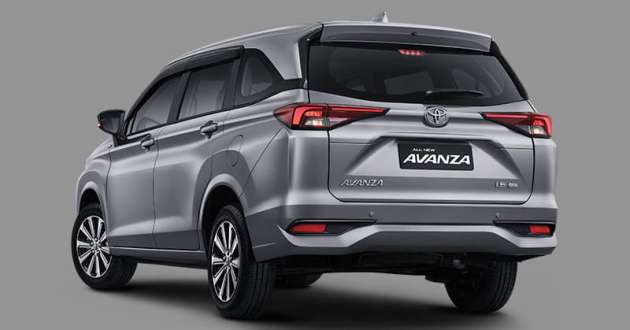 In terms of styling, the latest Avanza is radically different from its predecessor, with the front fascia sporting a slim, two-slat grille flanked by sleek LED headlamps. These items sit just above a large, trapezoidal-shaped lower intake that makes up most of the front bumper, which is sculpted to feature angular fog lamp surrounds and a prominent chin.

Along the sides, a sharp crease line links the front and rear lighting clusters, running through the door handles, while the chunky wheel arch flares give the car a SUV-like vibe. For even more visual impact, the trim pieces at the base of the D-pillars are off-coloured for a pseudo-floating roof look.

Moving to the rear, the Avanza gets slim taillights that are linked by a raised, body-coloured line that runs through the Toyota logo on the tailgate. The number plate recess is also more defined now, accompanied by reflectors integrated into the angular lower apron.

As for the Veloz, it gets a number of unique touches to differentiate itself as the sportier (and fancier) option, with the most notable being its hexagonal-shaped main grille with Y-pattern mesh. This is accompanied by a tweaked headlamp design and the clusters are linked to the A-pillars by a chrome strip running across the front.

The new grille shape also warrants a new bumper with more vertical fog lamp sections that bear decorative chrome trim, while a skid plate sits beneath the lower intake. Other differences include a full-width taillight setup at the rear and another skid plate to mimic the front – the latter also sees the reflectors being pushed higher up and joined by triangular-shaped surrounds.

The overhaul continues on the inside, as there’s a more contemporary dashboard layout that is headlined by an infotainment system placed above the centre air vents. Digital controls for the manual air-conditioning system also make their way into the cabin, along with a new steering wheel design.

Elsewhere, the gear lever has been brought further forwards on a raised platform that connects to the centre stack, while the centre console houses the handbrake, stowage space and an armrest. As before, there’s three rows of seats to accommodate up to seven people, and with the increased dimensions, expect more interior space as well.

The Avanza is offered in four variants in Indonesia, starting with the base 1.3E that is priced at 206.2 million rupiah (RM60,173). For the sum, it comes with the 1NR-VE, a five-speed manual 15-inch alloy wheels, fabric seats, a seven-inch touchscreen, USB ports, VSC, ABS, EBD, brake assist, hill start assist, two airbags and all-seat seatbelt warning.

The next step up is the 1.5G, which is powered by the 2NR-VE and can be had with either a manual for 228.5 million rupiah (RM66,673) or automatic for 241.4 million rupiah (RM70,437). The 1.5G improves upon the 1.5E by adopting 16-inch alloys, rear parking sensors, an alarm and immobiliser, a 4.2-inch TFT multi-info display, a nine-inch touchscreen, keyless engine start as well as tilt and telescopic steering wheel adjustment.

The range-topping variant is the 1.5G CVT TSS that retails at 264.4 million rupiah (RM77,148), which adds on the Toyota Safety Sense suite of safety and driver assist systems – another first and a big improvement for the model.

Specific to the Q CVT variants are 17-inch wheels, selectable drive modes and an around-view monitor, while the MT makes do with 16-inchers and a reverse camera. The top-spec Q CVT TSS gets the same Toyota Safety Sense suite as the Avanza’s 1.5G CVT TSS, along with six airbags (the rest only get two).

So, what do you think of the overhauled Avanza? Do you prefer the regular face or the Veloz’s looks? What about all the fancy new tech? It has been rumoured previously that the third-generation Avanza will be the basis for the next-generation Perodua Alza (codenamed D27A), although there’s been no official word on the matter for now. Sounds like quite an attractive package though, wouldn’t you agree?