The X3’s coupe-fied brother will also get an update.

Following the early leaked images from China, BMW is expected to fully unveil the updated X3 range in June this year. The exact debut date is yet to be announced, though two detailed renderings have provided a very good look at what to expect from the refreshed Bavarian SUV. Its updated coupe-crossover sibling is expected to follow shortly and Kolesa.ru has two new virtual drawings previewing the 2022 model year X4.

We haven’t seen leaked images of the facelifted X4, though it is probably safe to say it will probably receive very similar exterior upgrades with the X3. Also, we’ve had several chances to see X4 prototypes testing in camouflaged form, giving us hints at the insignificant design changes. These two renderings combine the available knowledge so far to create a plausible unofficial preview of the facelifted X4. 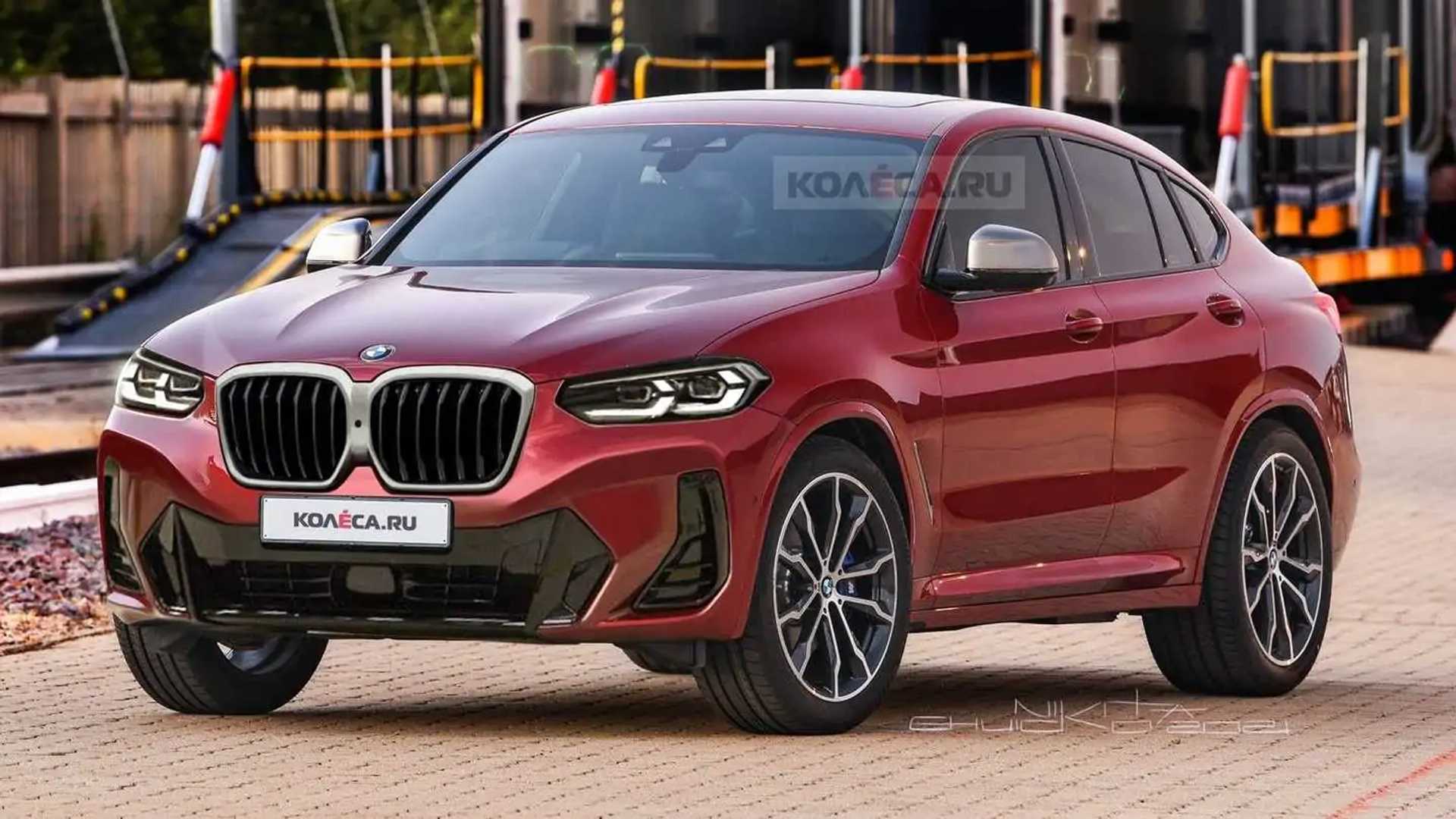 The spy photos have shown a revised front end and these renderings replace the X4’s familiar front fascia with what appear to be slightly larger grilles and slimmer headlights. Judging by the little details, this seems to be a model with the M Sport Package, which brings goodies such as more aggressive bumpers and blacked-out trim all around.

Interestingly, the rear end rendering proposes fewer modifications as, unlike the X3 facelift, the taillights seem to be unchanged from the pre-facelift version. Just below the lighting clusters, there are new decorative gills and below that, there’s a redesigned diffuser with an integrated dual exhaust setup featuring an unconventional shape.

All in all, don’t expect huge changes for the X4’s LCI update. In fact, the interior could benefit from more improvements, as previous spy photos have unveiled a modified steering wheel, a slightly larger infotainment screen, and potentially a redesigned center console are in the cards. We hope to see the full picture debut towards the second half of this year, so stay tuned for more.