2021 Volvo XC40 Recharge First Drive: The Good, The Bad And The Efficiency

The XC40 is a great subcompact SUV, but is the Recharge a great EV?

We had the opportunity to drive the 2021 Volvo XC40 Recharge around northern New Jersey for a couple of hours to report our impressions of Volvo’s first all-electric vehicle.

The XC40 Recharge is all-wheel drive and powered by two 201 horsepower electric motors giving a total system output of 402 horsepower and 486 lb-ft of torque. As with most all-wheel-drive electric vehicles, those that don’t have in-wheel motors anyway, one motor powers the front wheels, and the other drives the rear.

The XC40 Recharge is powered by a 78 kWh battery pack, of which 75 kWh is usable. Its EPA-rated range is 208 miles, but that’s when charged to 100%, which Volvo recommends against doing. Because the vehicle uses so much of its total capacity (96%), like Tesla, Volvo recommends daily charging to 90%. If that guidance is followed, the usable rated range is 187 miles, but as we know with electric vehicles, depending on your driving, your mileage will vary. 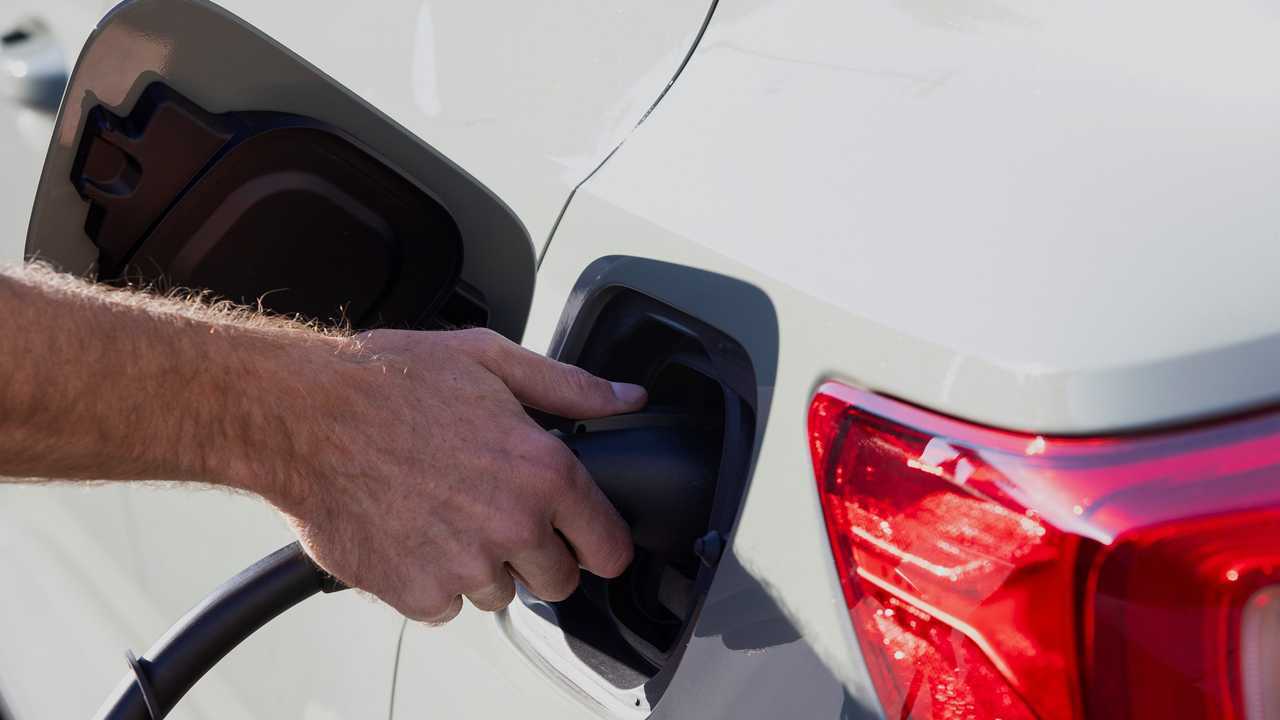 The XC40 Recharge is capable of recharging at a peak rate of 150 kW while charging on a high-powered DC fast charger and Volvo claims a 0% to 80% recharge time of 40 minutes. We attempted to test out the charging at an Electrify America charging station but were unsuccessful, as the charger and the vehicle had a communication issue. So we reached out to Electrify America and Volvo for comment and received the following:

Russell Datz Volvo’s National Media Relations Manager: “I spoke to a few people and can confirm there is a recognized software compatibility issue with a small number of chargers on the EA network. We are scheduled to have a fix early in the year, ahead of any significant customer deliveries.”

Mike Moran, Communications Manager for Electrify America: “Electrify America has not had access to the Volvo XC40 Recharge for testing in our Center of Technology Lab. We are currently engaging with Volvo to conduct a test of the vehicle and will comment after the testing and evaluation are complete.”

Once the issues have been resolved, we’ll ask Volvo for a vehicle loan so we can conduct proper DC Fast-charge testing.

The spec sheet for the XC40 Recharge states that it can charge at up to 11 kW from a level 2 source. However, while navigating through the charge settings, the maximum charge rate could be set to was 32-amps, which would indicate a 7.7 kW maximum charge rate. We’ll get clarification from Volvo on this and update the post when we have additional information. 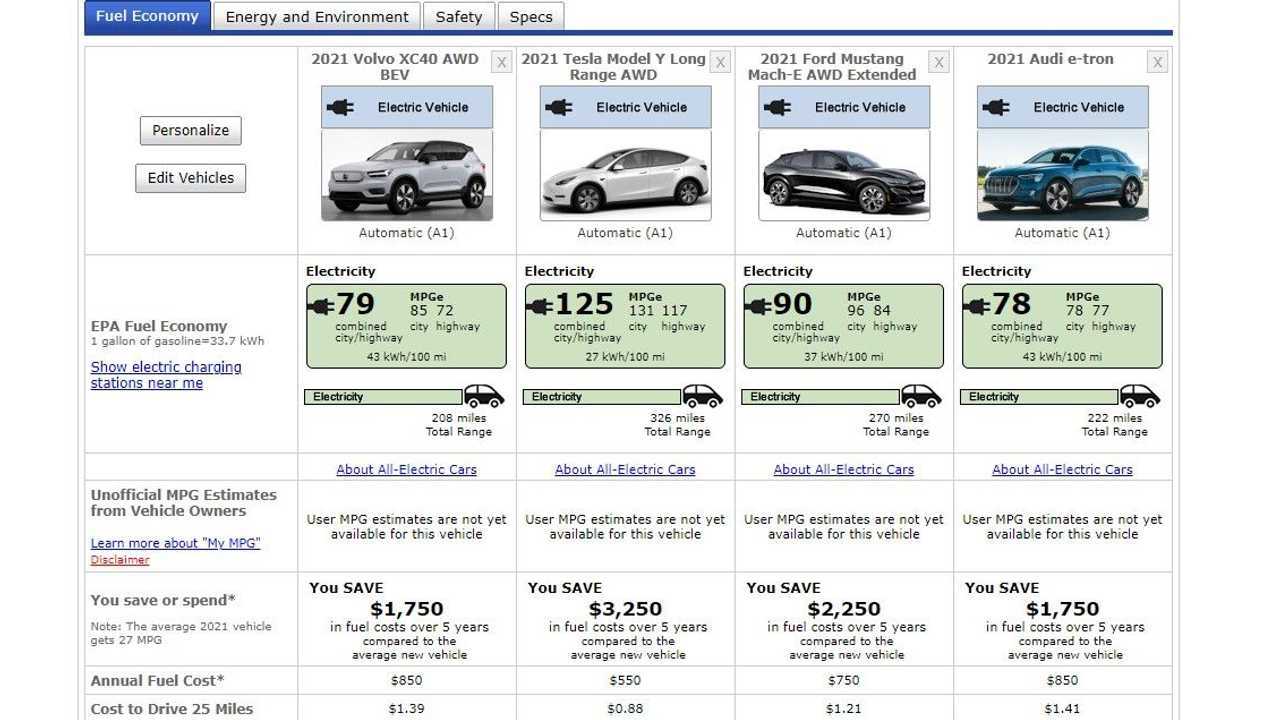 Another problem we foresee is the range. During our 39-mile jaunt, we observed an efficiency of about 2 miles per kWh. Startled by the lack of efficiency, we looked up the XC40 Recharge’s official efficiency numbers and found we weren’t too far off of the Department of Energy’s figures. The Recharge is rated to need 43 kWh to drive 100 miles, which translates to 2.32 mi/kWh. (26.72 kWh/100 km)

At the end of our drive, the XC40 Recharge’s display showed we averaged a consumption of 50.7 kWh per 100 miles. That’s worse than the official rating, but we were driving in cold weather, and road testing a vehicle isn’t the most efficient form of driving. Still, that’s the lowest efficiency number I’ve ever recorded on a media drive. Well, excluding the time I drove 167 mph in a Porsche Taycan Turbo S on the Autobahn in Germany. 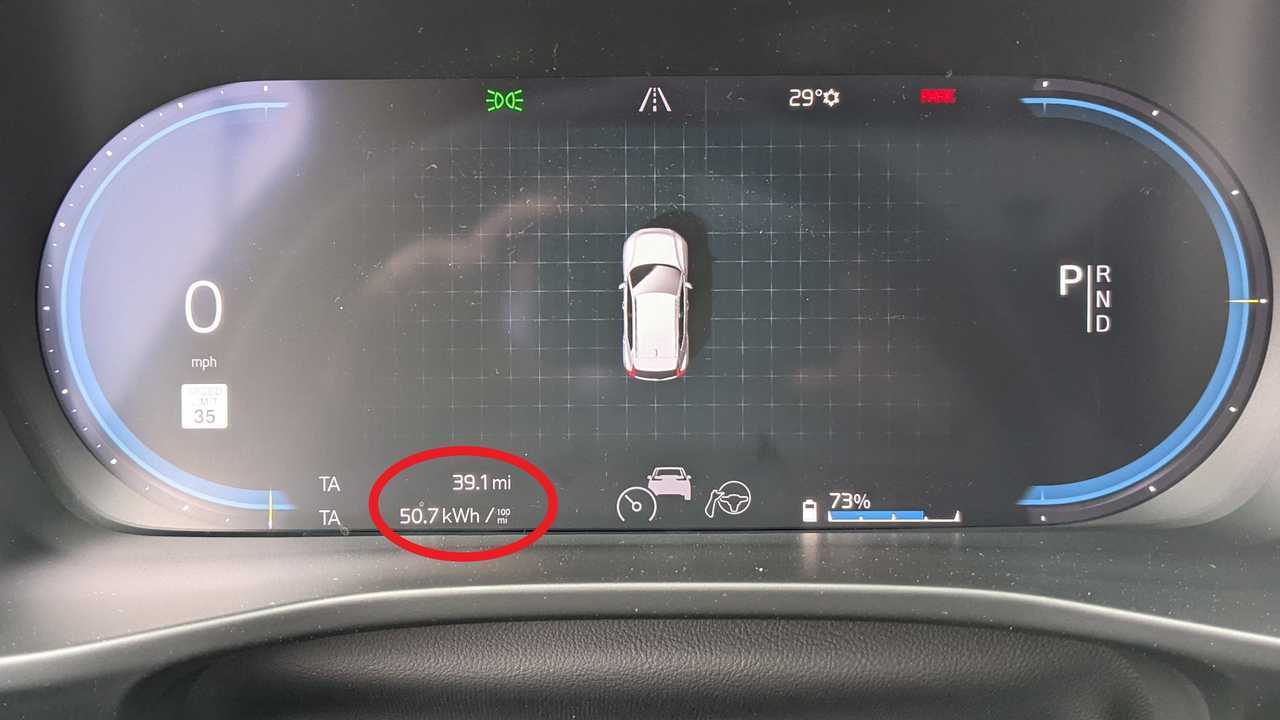 Considering we were driving in 23° F (-5 C) temperature with the heater on, and ran a couple of full-throttle acceleration runs, that seems about right. Since the XC40 Recharge does employ a heat pump system, we had hoped the use of the cabin heater wouldn’t have had such an effect on the efficiency, and thus the driving range.

With that kind of (in)efficiency, XC40 Recharge owners may only see about 150 miles of driving range in the winter – and that’s if they ignore Volvo’s recommendation and charge the vehicle to 100%. Considering most folks aren’t too comfortable driving an EV when the state of charge drops below 10%, the practical range may be even less. We think that’s a problem for Volvo.

Personally, I love how the XC40 Recharges looks and drives, but the high price and low range is going to severely limit sales, in my opinion. I came to this media drive so wanting to love this electric vehicle but left wondering if the gas version is a better option – and that’s an opinion I almost never have.

Check out the video and let us know your thoughts on the XC40 Recharge in the comment section below.

Related posts:
Seidl: Outdated F1 infrastructure still a huge McLaren weakness
The New Subaru BRZ Super GT Race Car Is a Proper Firecracker
Best News
Luxury car you’d buy in India, other than Audi, BMW and Merc
01/25/2021
FBI: No crime committed as ‘noose’ rope was there in 2019
06/23/2020
Why VW Pulled The Plug On A 400bhp VR6 Arteon R
06/23/2020
2021 Kia Grand Carnival breaks cover – solid looker! – paultan.org
06/24/2020
New Volkswagen Arteon Shooting Brake arrives as part of facelifted line-up
06/24/2020
Recent Posts
This website uses cookies to improve your user experience and to provide you with advertisements that are relevant to your interests. By continuing to browse the site you are agreeing to our use of cookies.Ok