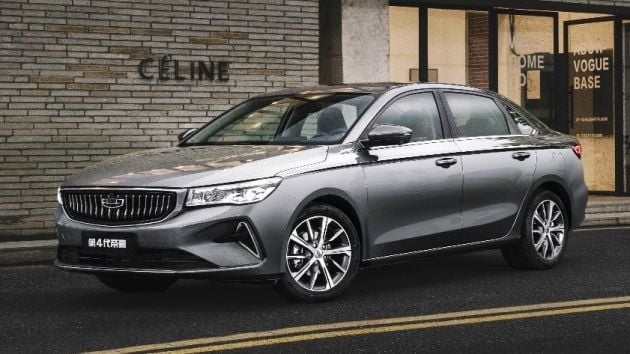 The BMA platform also allows for the front and rear tracks to be widened, enhancing grip levels, stability and handling, Geely claims. The chassis has also been tuned by the automaker’s expert engineers from China and Europe, so you can expect premium levels of NVH performance. At idle, the in-vehicle noise is just 37 decibels, and its slippery profile (drag coefficient value of 0.27Cd) should theoretically create a quieter cruising experience, too. 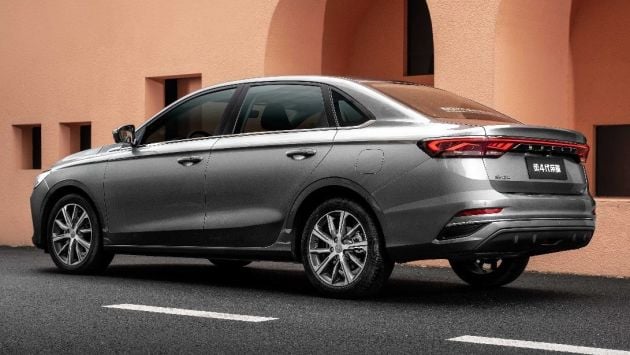 Design-wise, the Emgrand takes on a conventional, no-nonsense three-box sedan profile. A sportier Emgrand X variant with the “Energy Storm” fascia is poised to join the line-up as well, though the rest of its features will likely remain unchanged.

Features include projector headlights with triple LED DRLs, a strong shoulder line (very European) that links the headlights and tail lamps, as well as a chrome window strip that begins ahead of the A-pillars and underscores the length of the window surrounds. The rear end is decorated with full-width tail lights (with N-shaped graphics), the Geely script and a rear diffuser insert.

Thanks to the BMA platform, Geely says the rear quarters and boot space offer best-in-class spaciousness, and spatial visibility for the driver is vastly improved due to the A-pillar design, which has been optimised to reduce blind spots. 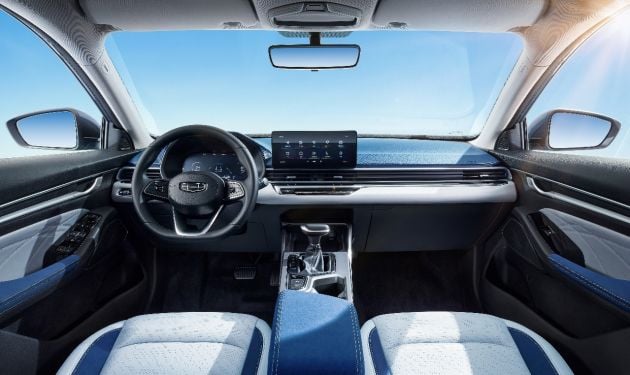 As usual, Chinese automakers have the habit of slowly releasing details, so expect more features to be disclosed over time. The budget-oriented sedan is a big deal for the carmaker, as it replaces the best-selling passenger car in China. Pricing starts from just 87,000 yuan (RM56,800) for the base Premium model, and rises up to 92,000 yuan (RM60,000) for the Flagship variant.

Production of the Emgrand takes place at one of Geely’s most advanced smart production plants in Changxin. The facility is equipped with fully-automated stamping and welding stations, as well as environmentally-friendly zero-waste painting process.