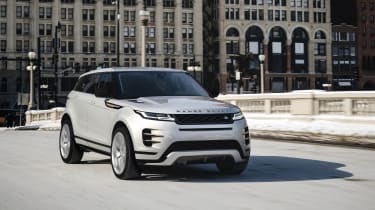 Land Rover has rolled out a useful package of updates for its Range Rover Evoque model range, changes that have largely been mirrored on the Evoque’s Land Rover Discovery Sport sister car.

The Evoque gets new 161bhp and 201bhp mild-hybrid diesel engines that match a 4-cylinder diesel unit with electrical assistance and all-wheel drive. Prices for these have not been confirmed, but the new Evoque is on sale now, with prices starting from £32,100.

Alongside the new units, the Evoque’s 2.0-litre four-cylinder mild-hybrid petrol engine remains, available in 197bhp, 246bhp and 296bhp outputs, all three of which are mated to a nine-speed automatic gearbox and four-wheel drive system as standard. Additionally, the Evoque line-up is now crowned by the Autobiography variant, a more luxurious take on the car’s existing HSE Dynamic trim.

All models feature new steering wheels and updated infotainment set-ups. New systems called Pivi and Pivi Pro replace the Touch Pro set-up used in the old models, but they sit in the same housing as before, using the same display technology. 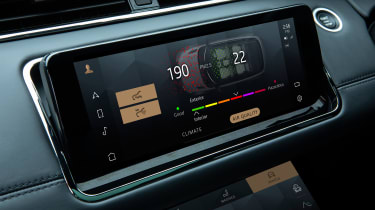 The software has been updated, so new, simpler menus and an updated navigation set-up are the main changes, but there’s also Spotify music streaming integration for the first time, and the systems are now compatible with over-the-air updates.

The Evoque now also features an extremely efficient cabin air filtration system that is able to filter out fine particulates down to just 2.5 microns in size, which is 30 times smaller than the width of human hair.

Related posts:
Hyundai Doesn't Know Why the Palisade SUV Stinks Inside
Rolls-Royce Heard You Like Stars in Cars so It Put 850 of Them in the New Ghost's Dashboard
Best News
Gasly: AlphaTauri has ambitions to match Red Bull in F1
09/19/2020
FBI: No crime committed as ‘noose’ rope was there in 2019
06/23/2020
Why VW Pulled The Plug On A 400bhp VR6 Arteon R
06/23/2020
2021 Kia Grand Carnival breaks cover – solid looker! – paultan.org
06/24/2020
New Volkswagen Arteon Shooting Brake arrives as part of facelifted line-up
06/24/2020
Recent Posts
This website uses cookies to improve your user experience and to provide you with advertisements that are relevant to your interests. By continuing to browse the site you are agreeing to our use of cookies.Ok