And it’s currently up for grabs.

The year 2001 was a little problematic for the Chevrolet Camaro nameplate. Then in its fourth generation, the sports car was assembled in just over 29,000 examples because the automaker decided to end production a little earlier and begin work on the 35th Anniversary models commemorating 35 years of the Camaro. Just a year before its retirement, the fourth-gen Camaro was slowly winding down.

This is the year this Camaro was produced and it is from the Z57 specification. And yes, there’s no mistake here in the production year despite the vintage looks. This is a fourth-gen Camaro from the penultimate year of production with a 1957 Chevy conversion kit. And it’s up for sale, but we’ll get to that in a second. 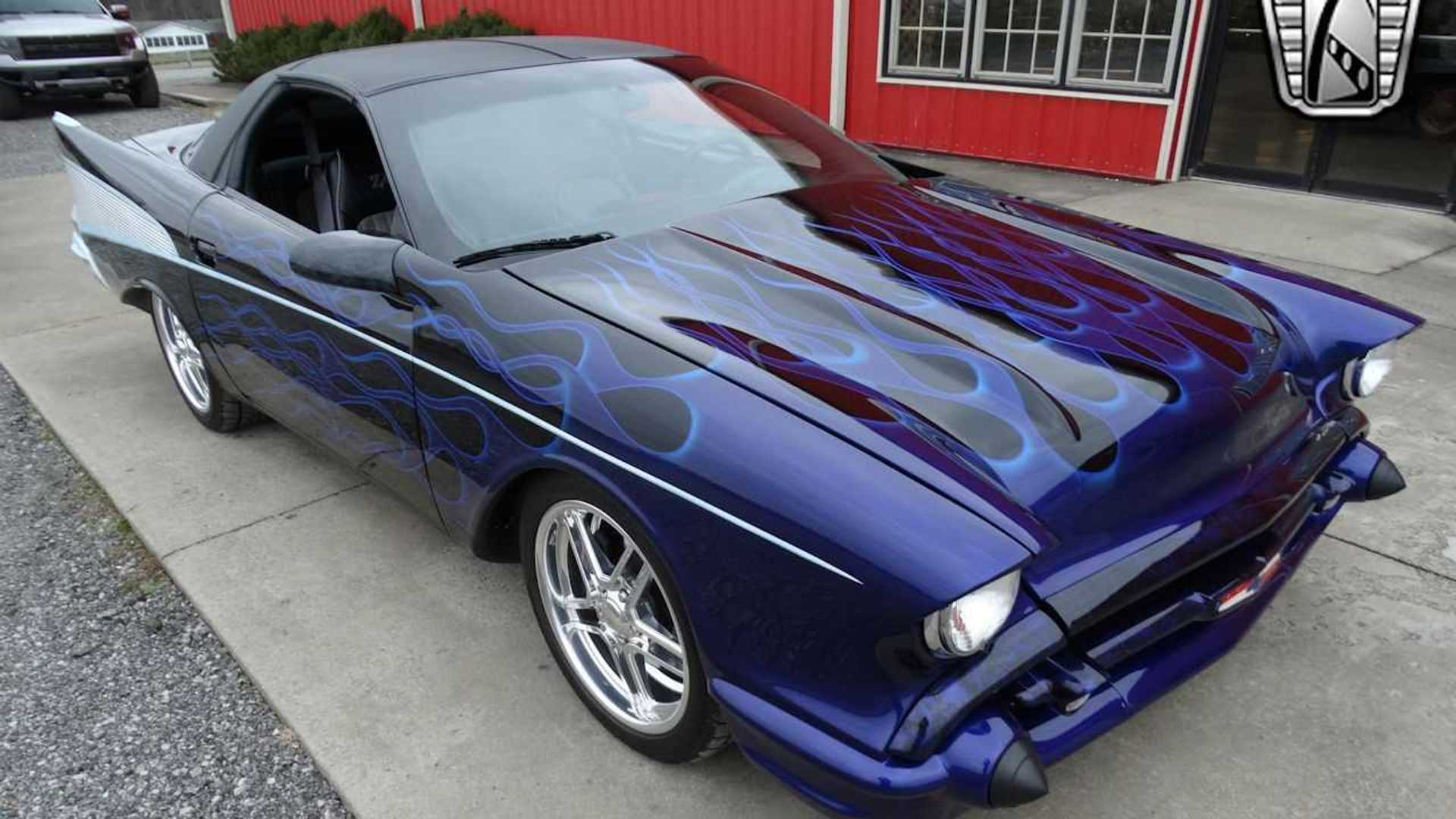 Gateway Classics has this Camaro on its site and it wears a retro-looking body with an interesting black paint in combination with blue flames. Inspired by the ‘57 Chevy, the body kit is not a direct replica of the 1950s car but many design elements were inspired from the original series.

Under the hood is a V8 LS engine and the clock shows just over 167,000 miles. It’s important to note that the engine has been recently rebuilt and has covered just 3,000 miles following the reconstruction. The 5.7-liter unit with a little over 300 horsepower (224 kilowatts) is mated to a four-speed automatic gearbox.

The vintage looks shouldn’t deceive you – there’s indeed a 2001 Camaro under the skin and it’s a properly equipped one. Onboard it has features such as air conditioning, power steering, power seats and windows, leather seats, factory aluminum wheels, and others. The seller wants $32,000 for the retro-looking sports car.

If you are interested and want to see more photos, head over to the first source link below.