McLaren Formula 1 driver Lando Norris wonders if VR46 Moto3 rider Celestino Vietti slashing his hand while attempting to copy his champagne bottle ‘smash’ podium celebration at Jerez last weekend was due to it being p rosecco.

The celebration is one Norris that has used throughout his racing career, where he slams his bottle on the ground to cause the champagne to explode upwards, but says he’s never had a bottle smash apart before and wished Vietti a speedy recovery.

“He made a bit of a mess of it,” when Motorsport.com asked Norris about it. “The only thing I saw was that they have Prosecco bottles [in MotoGP] so I don’t know if that made a difference in it. I don’t know [if the pressure on the bottle caused it to smash], that’s the only thing I can blame it on.

“I have never broken a bottle in all the times I’ve done it and I’ve done some fairly aggressive ones and others who have done aggressive ones by jumping from podium to step below and then smashing the bottle – but not actually smashing it itself.

“The only thing I can say is practice more maybe with champagne, but apart from that he got unlucky and I wish him the best in his recovery.” 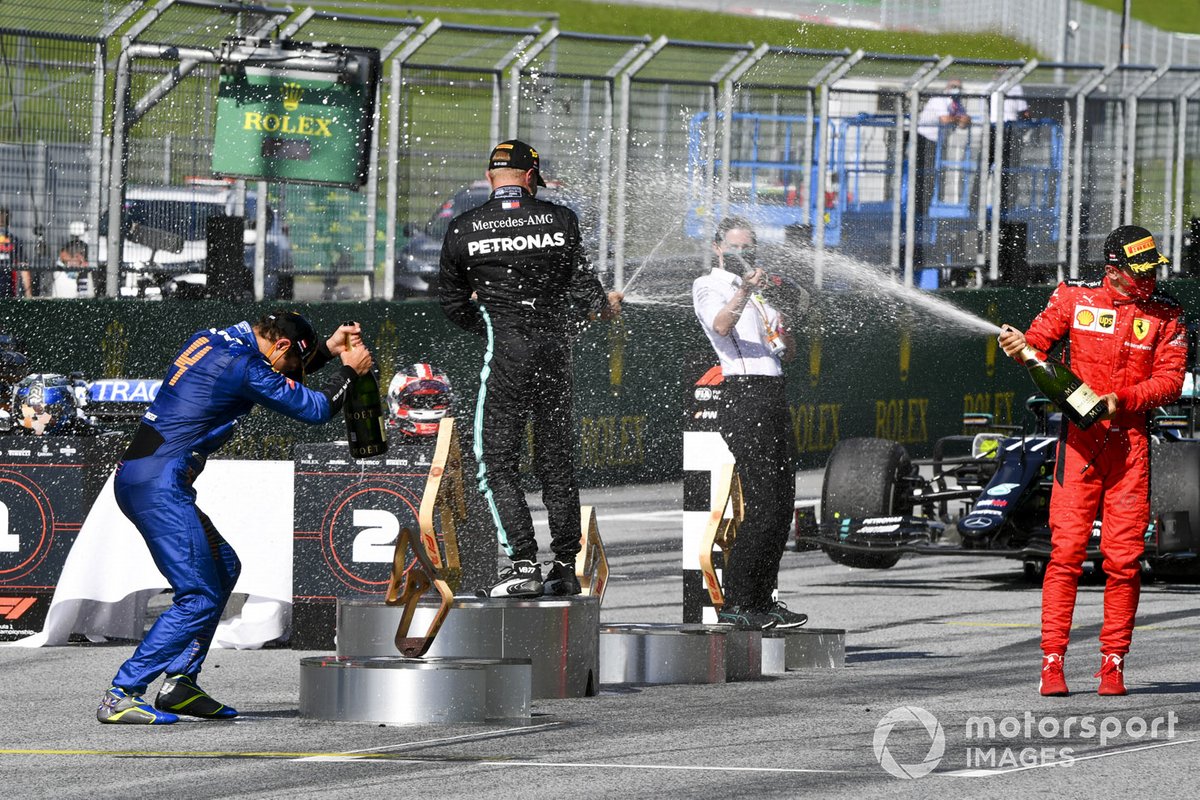 Valentino Rossi’s protege Vietti finished third in last weekend’s Andalusian round of the 2020 Moto3 World Championship, and required stitches after the top of his prosecco bottle broke off and sliced his hand open.

Commenting on it last Sunday after also finishing third in the MotoGP race, nine-time grand prix world champion Rossi said: “Celestino had an injury on the podium because he broke the bottle and he had stitches in his hand. He makes like this [gestures hitting bottle off the ground] with the champagne for it to explode and broke the bottle and he had a cut in the hand. [It needed] I don’t know, five or six stitch points.”