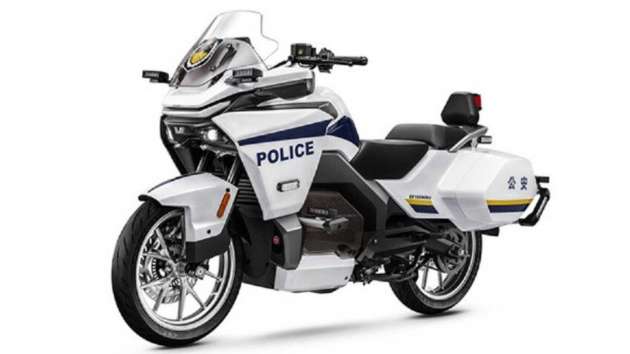 As the world’s largest market for electric vehicles, it comes as no surprise city police forces in China will be using electric motorcycles (e-bikes), specifically the CFMoto 300GT-E. Aside from savings realised from the elimination of fuel consumption and simplified routine maintenance for the police force, combustion engined motorcycles are banned from or have limited usage in major cities in China such as Beijing and Shanghai.

The 300GT-E is described by CFMoto as “purpose-built to meet the demands of police departments across China’s mega cities.” This is not Judge Dredd’s Lawmaster cruising the streets of Mega-City One but the 300GT-E is said to be designed to provide a wide range of performance and designs from a single platform, giving rise to speculation future e-bike models will be forthcoming from the Hangzhou, China motorcycle maker. 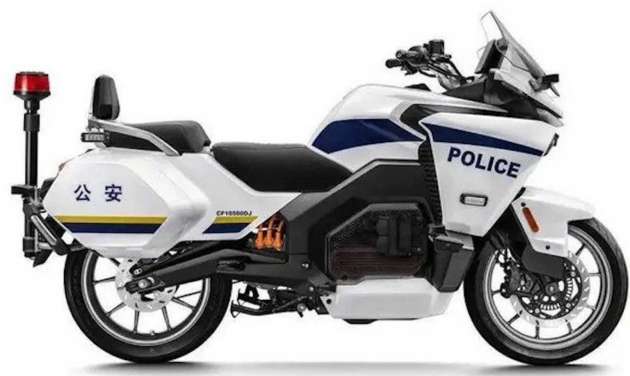 Power for the 300GT-E comes from a. liquid-cooled, mid-mounted motor rated at 18 kW and governed to a top speed of 120 km/h. While this may not sound like much, for the 300GT-E’s intended duty of patrolling city streets, should prove more than adequate.

Range is claimed to be 150 km from the battery pack which has fast charging capability. Connectivity to police databases and onboard communication is done via a 7.0-inch TFT screen which includes cloud-based vehicle status and live location navigation.