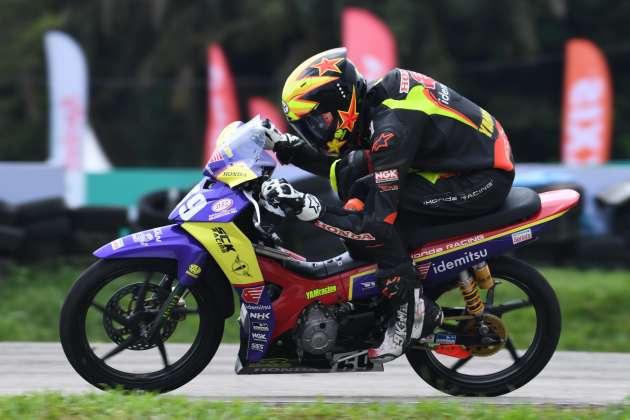 Now entering its 30th year, the 2023 Petronas Malaysian Cub Prix will have 10 motorcycle racing rounds in next year’s calendar. Despite challenges posed by the pandemic, race organisers Safe Aim Mutual together with main sponsor Petronas were able to find ways around the new norm to reposition the championship moving forward.

The 10 round 2023 Malaysian Cub Prix season begins with the first round in Sepang on the North track, on the weekend of February 25 and 26. Racing then moves to Jempol, Negeri Sembilan on March 11 and 12 before a yet to be determined track for the third round on May 27 and 28. 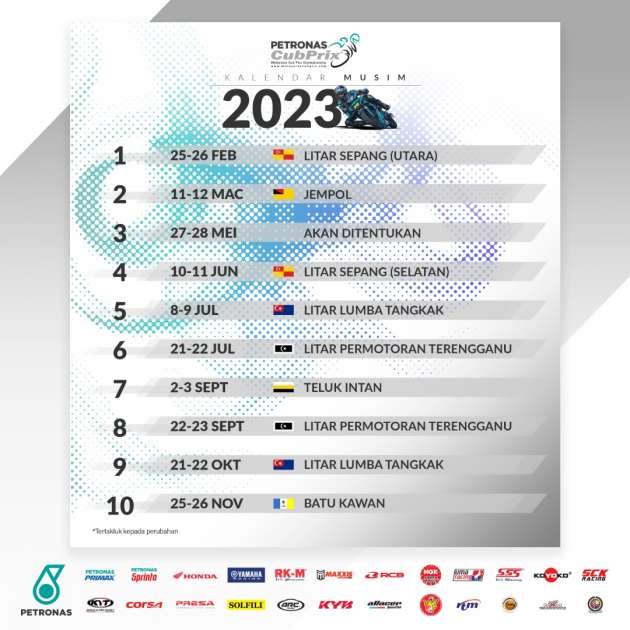 Sepang will then host the fourth round on June 10 and 11 before heading to Tangkak, Johor for round 5 on July 8 and 9. The sixth and seventh rounds of the Malaysian Cub Prix will be held at Kuala Terengganu and Teluk Intan, Perak, on July 21 and 22 and September 2 and 3, respectively.

Terengganu hosts a return round of the Cub Prix on September 22 and 23 before the ninth round in Tangkak on October 21 and 22. Racing concludes in Batu Kawan, Penang, on November 25 and 26.