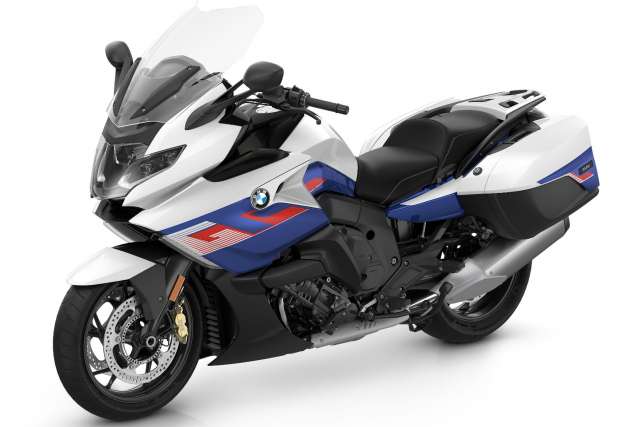 Meanwhile, the K1600GTL is the luxury version, coming as it does with a full set of motorcycle touring luggage. Rounding out the new quartet of tourers is the K1600B, done in the bagger style with side panniers and omitting the top box and the K1600 Grand America.

Torque takes a bump, going from 175 Nm to 180 Nm at 5,250 rpm while torque control, what BMW Motorrad calls engine drag torque control MSR and we know as an anti-rear wheel hop device, prevents wheel skip while down changing hard through the gears.

A new headlight assembly on the K1600 now comes with LED adaptive lighting. This allows the K1600’s headlight swivels to illuminate the corner while the bike is turning, while also sweeping through a two-degree arc to adjust for ride height depending on passenger and luggage load.

Inside the cockpit, a new 10.25-inch LCD display features integrated map navigation and connectivity to the rider’s smartphone. BMW Motorrad’s Audio System 2.0, delivering what the Munich firm calls a new digital sound experience, is standard equipment on the K1600GTL and the K1600 Grand America, while being a factory-fitted option on the K1600GT and the K1600B.