Honda is known for its high-revving four-cylinders, this much is true. The Japanese automaker has always had a knack for building hyper-efficient small engines that put power down effectively and reliably. That hasn’t changed since the first real production car rolled out of Honda’s Suzuka plant, but before you ask, this wasn’t just some fuel-efficient econobox—no, it began with one of the most innovative sports cars ever built: the Honda S600.

Now, the internet is the perfect place for show-and-tell. Unfortunately, the S600 is one of the cars that’s harder to read-up on, especially since only 13,000 or so were made during the car’s short production stint in the early 1960s. A good chunk didn’t survive the test of time, though a drifter-turned-YouTuber has gotten his hands on one, and let me tell you—this is the YouTube content we’re living for. 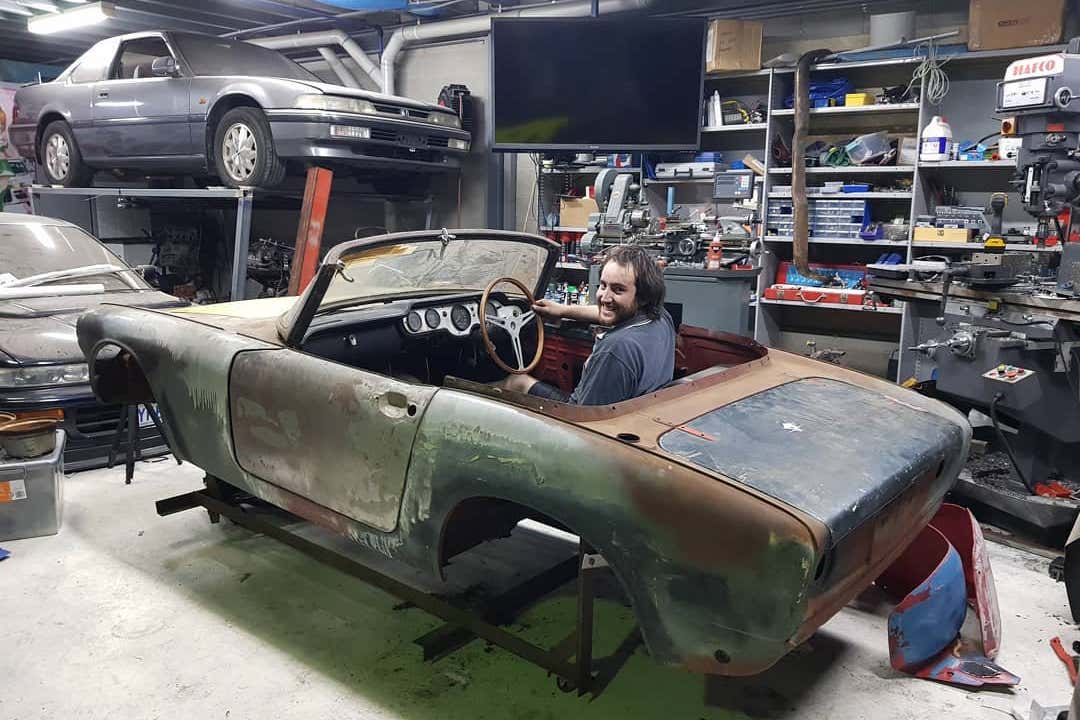 Meet Baron Conor Merrigan. That’s him above, sitting in the driver’s seat of his newest project, a classic Honda S600. Baron is a machinist living in Australia who happens to enjoy the finer automotive things in life, so long as they spend more time sideways than in a straight line.

What might be most to like about Baron (hard to say, don’t know the guy) is the way he’s walking YouTube through the history of one of the most interesting cars ever built.

You see, the Honda S600 wasn’t like anything else at the time, and there’s a very good reason for that. Up until the S600, Honda was predominantly a motorcycle company that wanted to build a car. However, its original timeline was moved up in mid-1961 when Japan’s Ministry of International Trade and Industry unveiled what would become the Specified Industry Promotion Bill. It was a series of would-be laws that made entering the market as a new automobile production company nearly impossible. Just over a year later, Honda quickly unveiled its S600 and S800 road cars ready for the mass market.

Under the S600’s skin lives many key indicators that Honda leaned on its bike expertise to make it into the car world—and Baron’s in-depth knowledge on the topic really helps.

To kick things off, we’ll peek under the hood. The water-cooled, 606cc four-cylinder pumped out 57 horsepower at a ridiculous 9,500 rpm, which is still pretty darn high for a road car. The tiny motor made use of two cams, four side-draft carburetors, and hemispherical combustion chambers. Oh yeah, and it had a unique needle-roller bearing crankshaft design which was partly responsible for the car’s rumored ability to hit a max of 11,000 rpm.

At 90 miles per hour, the car spins near redline, shouting and whining as it goes. In order to efficiently put the power down to the wheels, the gearing is reduced at the back of the four-speed transmission, once again at a chassis-mounted rear differential, and finally, one more time via an innovative chain-drive system that resulted in very little output loss

The car also had rack and pinion steering, a front torsion bar, and double-wishbone suspension. And in case you were wondering, it tipped the scales at just over 1,500 pounds.

We won’t spoil it all, partly because Baron’s rambling about the car’s history and quirky nature is half the fun. Plus, it gives a great understanding of just how Honda cut the S2000 from the same legendary cloth as its great-great grandad.

It’s also hard not to love his restoration of the car. So far, he’s only put out a few videos on topics like disassembling the seized brake drums and refurbishing the car’s broken, 60-year-old factory horn, but it’s much more interesting content than, say, getting arrested for jumping a 2021 Ram TRX.