At first glance, this video looks like a thousand other stunts on YouTube. A guy records a closeup of his nervous/surprised expression as he watches somebody with a Sawzall hacking the back end off of a 2020 Jeep Gladiator for views. If you dig a little deeper, however, you’ll find this particular YouTuber is living his best life as a nomad and he’s building the ultimate overlanding rig with his Gladiator as the foundation.

So here’s what happened: Phil Kockerbeck, the 30-something YouTuber for Down2Mob Overland, sold his “Dodgemahal” he had been traveling in for quite a while to buy the Gladiator about a year ago. While off-roading in Colorado recently, he snapped the front axle on a boulder and brought it into the shop to fix it up. That seemed like a good time to remove the bed, trim the frame, and prep it for the installation of a Bison Overland camper. 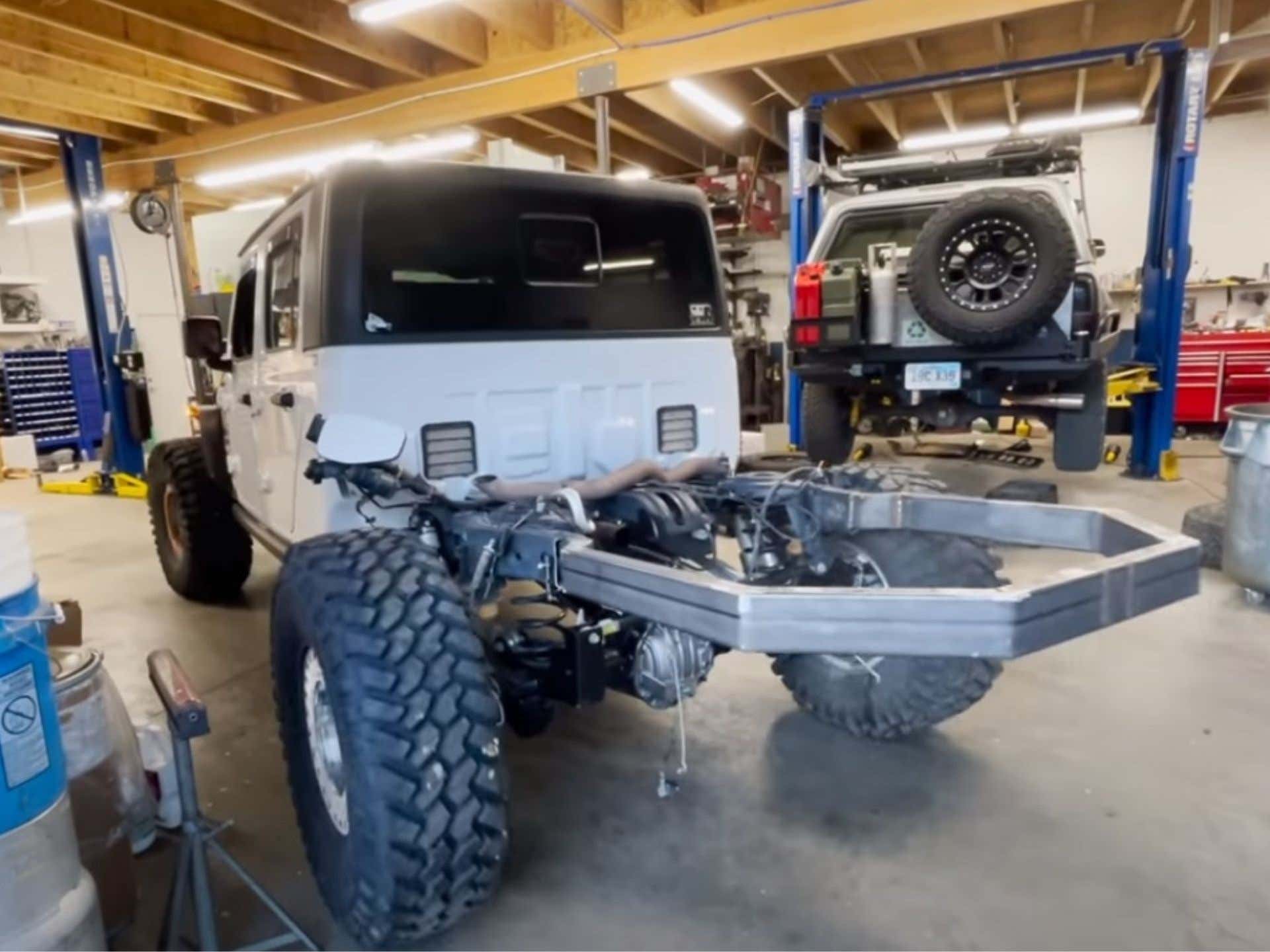 In order to complete the surgery on the Jeep truck, Kockerbeck first unscrewed the six bolts that hold the bed onto the frame. Then a buddy measured and marked the Gladiator for cuts and wielded the Sawzall, which is capable but doesn’t exactly slice through it like butter the way I thought it would.

Anyway, Kockerbeck commissioned a tube chassis and had it welded onto the original frame where it was cut. It’s wider than the original chassis and designed to accommodate a 40-inch spare; it can even accommodate one up to 42 inches. As the YouTuber notes in his video, if they hadn’t recreated the frame as such, they would have to put the spare on the roof or on the back of the camper, which in this case is 160 pounds in the wrong spot.

Kockerbeck explains that he wants to be able to pull over and sleep in the camper, hard walls intact, without having to pop the top. The new frame allows him and any friends he meets on the road to have dinner sitting fully upright when the top is extended. Next up, he’ll add the roof rack for his bike and kayak, and since it’s a Jeep, it’s fully capable off-road. He’ll be able to go pretty much anywhere.

“You only live once. Cut your frame,” he says to the camera. It sounds ill-advised, but maybe it’s not. Diving down the rabbit hole of his channel, I was transfixed by the one in which he travels all the way up to Alaska and Tuktoyaktuk in the Canadian Northwest Territories to swim in the Arctic Ocean. His personality reminds me of Jack Black’s as his most charming self, and this overlander is having the adventure of his life.