A 23-year-old participant in an automotive event in Florida was seriously hurt when a radiator hose that was routed next to the driver’s seat exploded and drenched him with steam for 15 seconds while he was doing a burnout in a bodiless rat rod, and the host and organizer, a massively popular YouTuber named Cleetus McFarland, has been criticized for covering it up in his initial YouTube video recapping the show.

The event was called “Cleetus and Cars,” and it was held at the Bradenton Motorsports Park on November 21 in Bradenton, southeast of St. Petersburg, drawing a sizable crowd of fans who had come to see the car show, stunt performers and mostly the burnout competition, where participants, in an enclosed area, throw down with their best tire-shredding antics. It was the brainchild of YouTuber Cleetus McFarland—real name Garrett Mitchell—who regularly entertains his 2.3 million followers with wild dispatches from a converted race track dubbed the Freedom Factory.

Parker Whitlock took his turn in what appeared to once be a Fox-bodied Ford Mustang V-8 rat rod, with all the body parts and glass removed, and the radiator relocated from the front to just behind the driver’s racing seat. This spectator video shows what happened next:

Whitlock, wearing a hoodie, shorts and full-face helmet, revs the engine and burns down the rear tires until each shreds. By then, the engine sounds like it is close to seizing. When he finally lets off the gas, a radiator hose, which apparently had been routed from the radiator in the rear to the engine up front, running next to the driver’s seat, explodes. For the next 15 seconds, he is drenched in steam until a safety worker pulls him from the car. Whitlock is led, presumably, to an ambulance, but his second- and third-degree burns are so severe a medivac helicopter is called to fly him to an area hospital.

The next day, Mitchell released a video recap of Cleetus and Cars to his millions of followers. He opens with a monologue about how he’s heard criticism about how many people—sans masks—turned out for the event, and he thinks people are overreacting. We’re not even going to get into that. Germaine to this story is that he never mentions Whitlock’s accident, and his run isn’t shown in the montage that follows. “Everyone had a safe, great time, and that’s what you’re gonna see in today’s video…we ripped some tires, and we had a hell of a good time,” he says.

Meanwhile, Whitlock’s fiancée started a GoFundMe page asking for $100,000 toward his medical expenses, which include skin grafts to repair third-degree burns to his back. Whitlock’s girlfriend wrote on the charity site that he is experiencing “the worst pain in his life.” So far, at this writing, $38,379 has been raised.

As the Bradenton Herald reported, it was only after the spectator video embedded above was uploaded to YouTube that Mitchell was forced to address the issue. He did so on his secondary channel with only 370,000 subscribers, recording a straight-to-camera clip where he acknowledges the accident, provides an update on Whitlock’s condition, points out the safety measures that were in place and defends his public non-response.

Mitchell added in the subsequent video that he will look into requiring safety equipment for the drivers. It seems likely that if Whitlock had routed the radiator hoses outside the chassis, instead of alongside the seat, injuries would have been mitigated. Also conspicuous is the lack of a fire suit, something Mitchell said would be addressed at his next event.

Mitchell said in a local newspaper story that he had migrated to the Tampa area to go to law school, but his McFarland character was becoming so popular that it became a full-time job. He spent seven figures on a paved oval track similar to NASCAR’s Bristol Motor Speedway located next to Bradenton Motorsports Park, and changed its name from DeSoto Speedway to the Freedom Factory, which he uses as a base to record videos, which range from drag racing his 1,000-horsepower Chevrolet Corvette, to flying an airplane despite never taking a flying lesson. 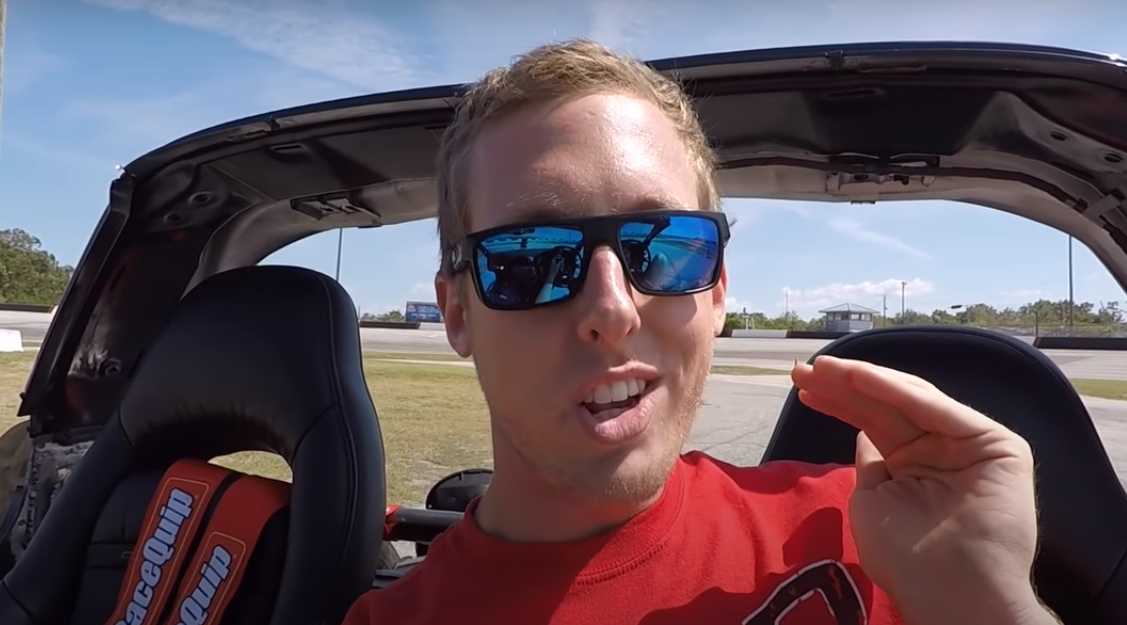 Desoto is perhaps best known as the track where legendary pavement sprint car driver Dave Steele was killed in March of 2017 when his car spun 180 degrees, and the left side if the car pancaked the wall. The driver gets in and out of the left side, with only the right side bolstered to take a hit, so Steele died on impact. The incident caused a revolution in sprint car design led by NASCAR’s Tony Stewart to make full-containment seats mandatory for sprint and midget cars. Desoto closed soon after.

McFarland could not be reached for comment. Whitlock remains in the hospital following his November 21 accident.

high dose amoxicillin otitis media children
01/16/2021
FBI: No crime committed as ‘noose’ rope was there in 2019
06/23/2020
Why VW Pulled The Plug On A 400bhp VR6 Arteon R
06/23/2020
2021 Kia Grand Carnival breaks cover – solid looker! – paultan.org
06/24/2020
New Volkswagen Arteon Shooting Brake arrives as part of facelifted line-up
06/24/2020
Recent Posts
This website uses cookies to improve your user experience and to provide you with advertisements that are relevant to your interests. By continuing to browse the site you are agreeing to our use of cookies.Ok