Wayne Newton’s Custom Bustleback Mercedes Roadster Could Soon Be Yours

Back in the 1980s, and still to this day, the classic Mercedes SL roadster remains a stylish way to get around town. Of course, if you’re a bigshot name in a bigshot city, a run-of-the-mill production luxury car might still not be enough to reflect your true stature. That may be why famed Las Vegas performer Wayne Newton felt the need to customize his own 1981 Mercedes-Benz 380SL to such a high degree. Now, that very car is on sale, at a Barrett-Jackson auction in Las Vegas this June, via Autoblog.

Virtually every surface of the car has been touched, making it nigh-unrecognizable from the original car it’s based on. Notably, the headlights have been replaced with rectangular units and pushed inwards, making the most striking difference, and the traditional Mercedes silver star replaced with a large golden roundel instead. Without the huge badge, you could be forgiven for struggling to identify the car, such is the extent of the modifications. 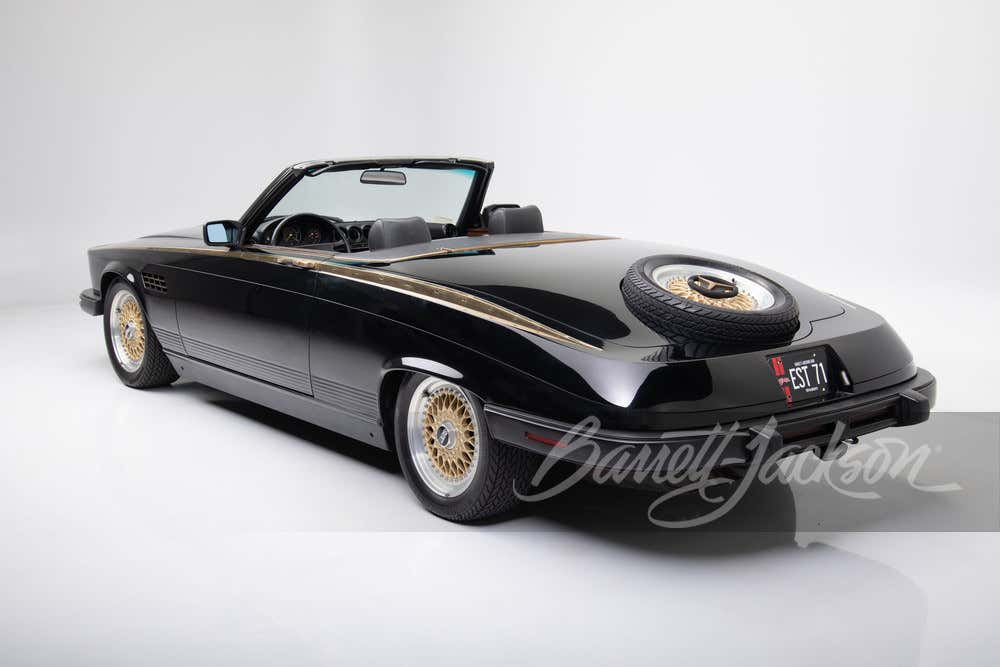 Each panel has been smoothed and shaped, pulling into a slimmed rear end. The classic look is further set off with the spare tire mounted proudly upon the rear decklid. There’s also vents on the side fenders, and ornate custom door handles wrapped in cord, aping the hilt of a prized katana. The original convertible soft top has also been replaced, with a manually retractable hard top fitted in its place, doing much to shape the car’s highly unique silhouette when in the raised position. 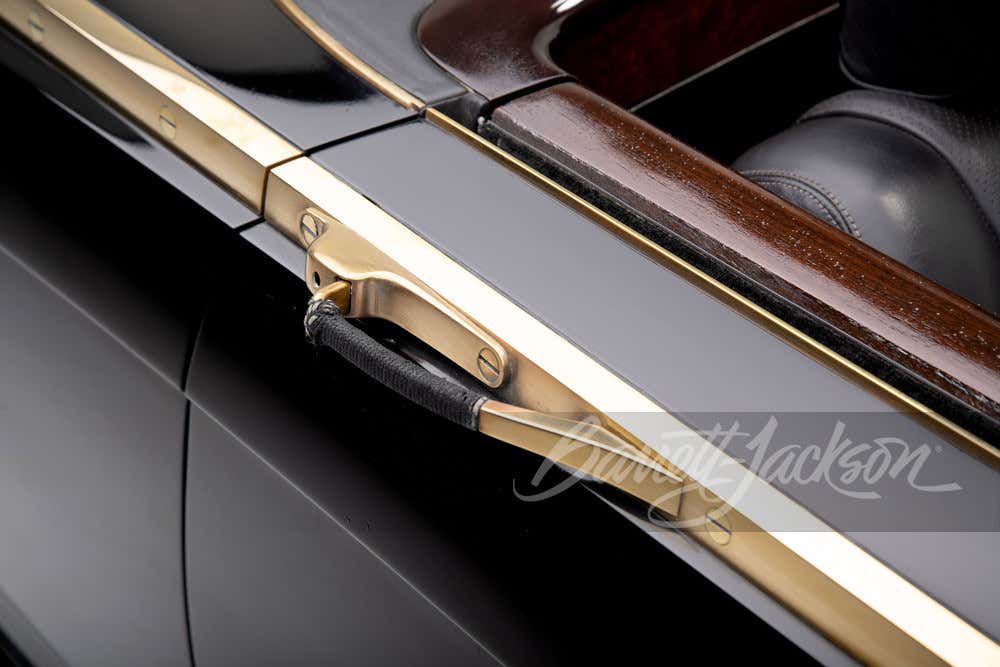 With the car intended to be a luxurious boulevard cruiser, the stock 3.8 liter V8 engine remains unmodified under the hood. The interior is also relatively untouched. It’s particularly nice to see the original radio cassette player in place; too often, modern head units spoil the look of an otherwise untouched vintage dash. 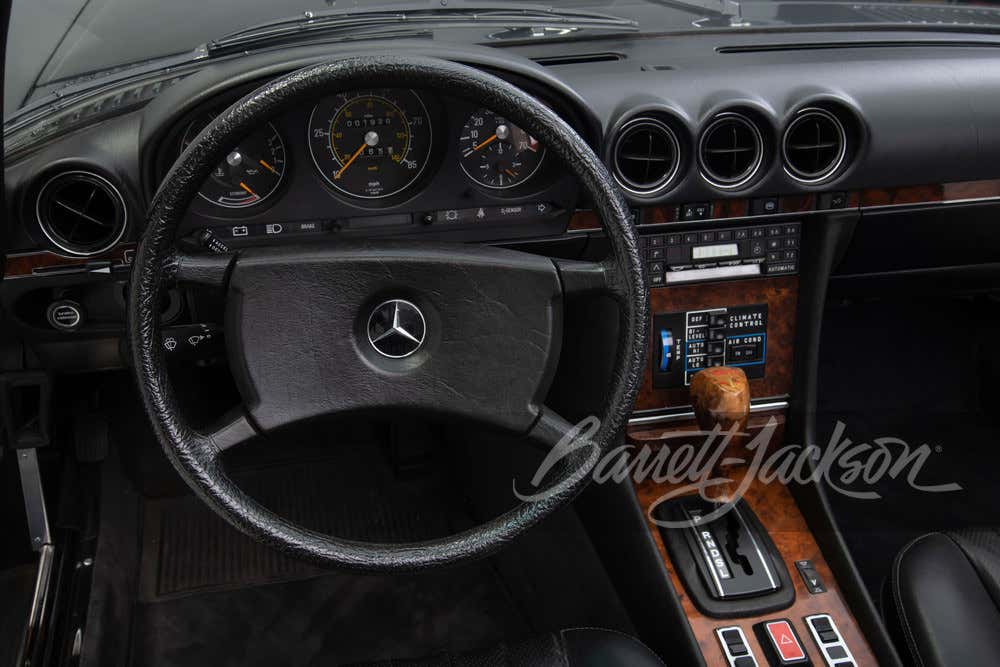 The quality of workmanship is high, with the job being handled by Niko Sokol of Long Island’s Niko-Michael Coachworks. Both the paint and interior present elegantly well, despite the age of the vehicle. The car has reportedly been exquisitely maintained over the past few decades, with Newton himself only putting roughly 2000 miles on the roadster in that time.

The car is selling at no reserve, so there’s an outside chance that the car’s new owner could pick it up for a song if interest is low. Coachbuilt cars may be the apple of their owner’s eye, but resale values can drop if those tastes are too obscure. With those elegant good looks, though, and a well-known name behind both the car’s owner and builder, it could be a tough auction to win.