Home » Watch Elon Musk’s Saturday Night Live Bits Here, if That’s What You Want To Do

Watch Elon Musk’s Saturday Night Live Bits Here, if That’s What You Want To Do

Eccentric billionaire, electric car impresario and space travel magnate Elon Musk hosted Saturday Night Live yesterday, in case you somehow hadn’t heard that was going down. I think it’s safe to say it won’t be hailed as one of the show’s all-time classic moments. But if you missed it, or have a burning desire to re-watch it, I have done you the service (?) of rounding up Musk’s clips from the show for you.

Nothing Musk touches is without controversy, and that was true of his foray into live sketch comedy as well. In the weeks leading up to last night’s show, a few cast members criticized the decision, with Aidy Bryant reposting a tweet (which was later deleted) calling his billionaire wealth “a moral obscenity.” The appearance of Musk—who in recent times has come under fire for his money, for continued safety concerns around the Tesla Autopilot system, and for being continually wrong on COVID-19 issues—was even likened to the SNL appearances of contentious figures like Andrew Dice Clay and even Donald Trump in 2015. It doesn’t often go over well when the show features a powerful person who is often disagreeable, or even bad. 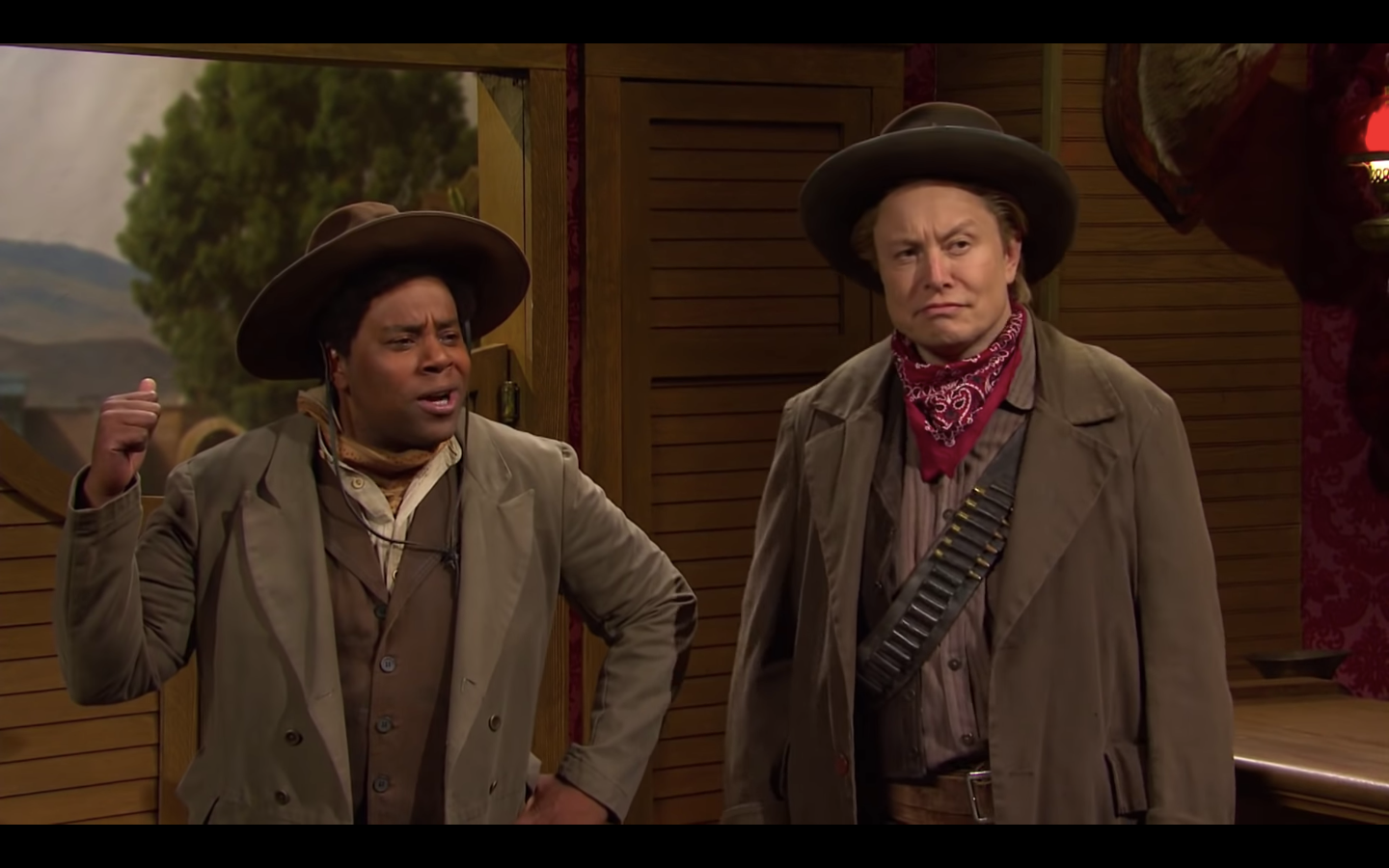 But if you ask me, this “controversy” was overblown, if only because Saturday Night Live has been extremely hit-or-miss at best over the last decade and change. And Musk is neither an actor nor a comic, so expectations were low all around. There’s merit to the criticism around SNL celebrating a self-important billionaire who has often misused his admittedly huge platform; who can forget the tweets that have shifted financial markets or the “pedo guy” thing? But I think the dust-up vastly overestimates the power and relevance SNL actually has in 2021, especially with younger viewers. (Vox ran a good analysis of how the Musk thing speaks to broader generational clashes in America right now, and it’s worth a read.)

I suppose the end result was in line with what we all expected: though Musk didn’t say or do anything outrageous enough to merit another U.S. Securities and Exchange Commission investigation, he was out of his element here. He’s not an actor or a comic, and doing SNL is a lot different than MC-ing a Tesla earnings call, or tweeting stolen memes before a captive audience of $TSLA longs, cryptocurrency evangelists, Nier: Automata superfans, and the other weird nerds who stan Musk. Musk did apparently reveal for the first time that he Asperger’s syndrome during his opening monologue, although he was mistaken in saying he was the first such host for the show.

When Musk could swing being self-deprecating, it was mostly gently so at best; the very specific space exploration-“We live in a simulation”-meme-Dogecoin stuff Musk normally traffics in didn’t translate well to this world or this audience. The cowboy standoff sketch was groan-inducing; on the other hand, Musk was pitch-perfect at nailing the inevitable awkwardness of post-quarantine conversations. Your mileage may vary with modern SNL, but I’ll give Musk that one.

And speaking of Dogecoin, it may have been the biggest loser of the whole night. Months after Musk hyped the cryptocurrency on Twitter and kicked off a massive rally, he jokingly called it a “hustle” on the show last night, sending prices tumbling. Reuters reports the value of Dogecoin was down some 30 percent Sunday morning. At least there’s still Bitcoin, I guess.

The biggest winners may have been some of Tesla’s direct competitors. Lucid ran one of its first ads during the show, and Volkswagen and Ford used the opportunity to shill the ID.4 and Mustang Mach-E, respectively. Smart move, using this huge audience to show Tesla’s not the only name in EVs.

(As for me, I played myself extremely hard. We gave The Drive’s intrepid and indefatigable weekend editor, Kristin V. Shaw, the day off so she could spend Mother’s Day with her kids—or take a long nap on the couch while they do something else, it should be entirely up to her—but that meant I had to watch Musk’s SNL debut instead. Do we give out hazard pay around here? I’m making a note to ask on Monday.)

Anyway, here’s Musk on SNL. Let us know what you thought of him in the comments, or if you did something more productive with your Saturday night instead, like go to bed early.

This one had its moments, I guess. We got a surprise appearance at the end from musician Grimes, Musk’s partner, who plays Princess Peach.