Hell’s Gate in Moab is a tricky off-road feature known to catch out even the best off-road drivers. Climbing the steep and narrow pass is an achievement for vehicles and drivers alike, and one that not everyone survives unscathed.

It may surprise you, then, that a bone-stock Bronco Sport was able to get up the narrow pass with little difficulty, as a recent video uploaded by pro drifter Vauhn Gittin Jr. shows. To be clear, it’s not the first unmodified Ford to climb the obstacle, but with off-roaders everywhere curious if the Baby Bronco is the real deal off-road, this is certainly a win for the crossover. 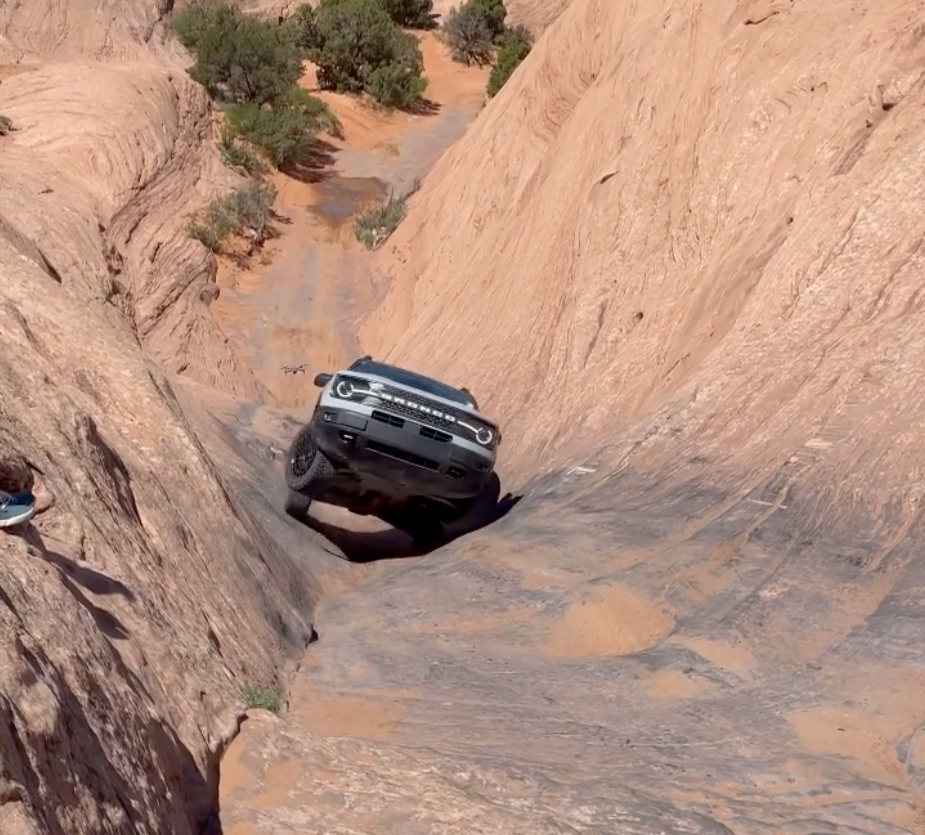 Now, to be fair, the Bronco Sport here is equipped with the Badlands package, which means 29-inch all-terrain tires and 8.8-inches of ground clearance. So while it is a stock Bronco Sport, it’s not a base model. Still, though, you can drive this SUV off the showroom floor and take it up Hell’s Gate. That’s neat. Also, it’s being driven by Loren Healy, a professional off-roader and two-time King of the Hammers champion.

The truck didn’t make it up the pass without any problems, however, as there was at least one close call where it had two wheels completely off the ground, but it powered through.

The Bronco sport can be had in a variety of trims and with two engines, but the only drivetrain available in the Badlands is the 2.0-liter, 245-horsepower inline-four. It sends power to all four wheels via a relatively advanced AWD system that can mimic a locking rear differential.

Seeing as regular Broncos have yet to be delivered, the smaller Sport is your best bet if you want some off-roading action with a Bronco badge. If you can’t tell already, it’s pretty capable, despite being based on the Ford Escape. And also, more often than not, off-roading is a bit easier than people might realize.