Was anyone else underwhelmed by the 2021 Jeep Wrangler Rubicon 392? It seemed like a compromised expression of Mopar’s pathos of V8 All The Things, one that would’ve been purer with a supercharged Hellcat engine. Chrysler’s brands trade on the baroque; Mopar’s defining trait is the superlative. It’s clearly something Jeep owners understand better than Jeep itself, which is why one had a super-Wrangler built with the V10 from a Dodge Ram SRT-10.

This Jeep, initially spotted by Motor Authority, was built by Burnsville Auto Body and Off-Road from a 2005 Wrangler Unlimited (LJ) and a 2006 Dodge Ram SRT-10 with under 33,000 miles on it. Its mammoth 8.3-liter V10 with Viper roots brings along 500 horsepower and 525 pound-feet of torque, which the Wrangler’s drivetrain had to be thoroughly reinforced to withstand. 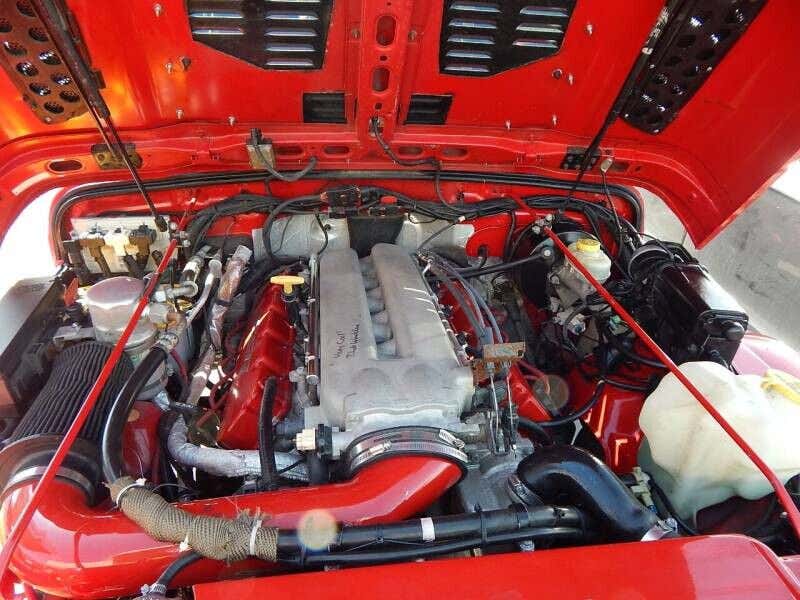 Along with the V10 came the SRT-10’s Ram Heavy Duty-derived four-speed automatic, which feeds a built factory Rock-Trac transfer case. Both axles are Currie units, the front with a nine-inch Ford differential, the rear a modified Dana 60 by the sounds of things. The brakes—at least up front—resemble those of the stock Ram SRT-10, though they wear Viper motifs, which reappear on the upholstery.

Being a Wrangler, though, it’s not about on-road performance. There’s a customary eight-inch lift with long-arm suspension, and skid plates and rock sliders should that not be enough. All lighting has been replaced with LEDs for safe trail travels in the dark, while extra hood vents help keep its V10 cool during crawling. Somehow, despite enough power to induce a case of death wobble to rule them all, this Wrangler has retained a clean CarFax. 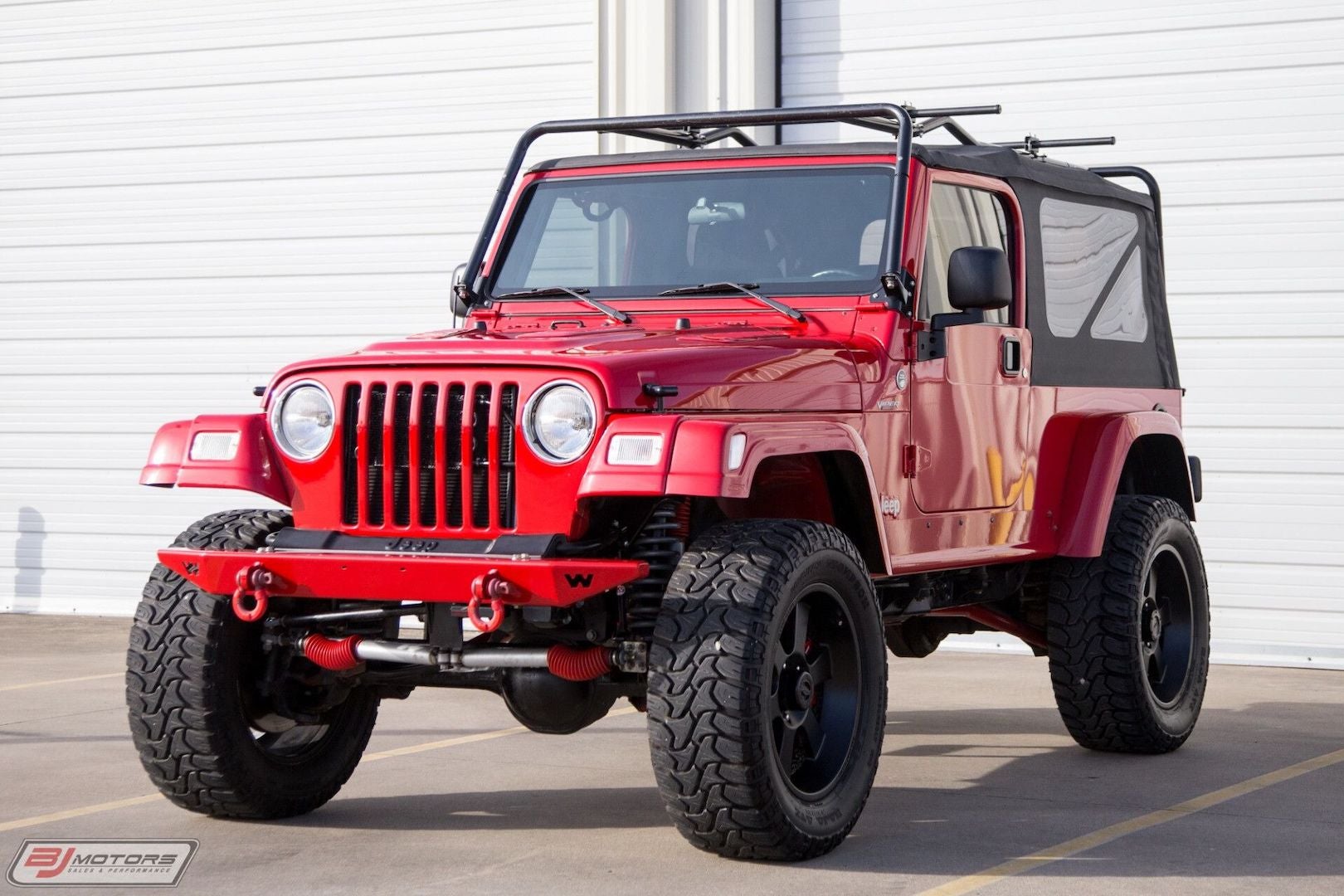 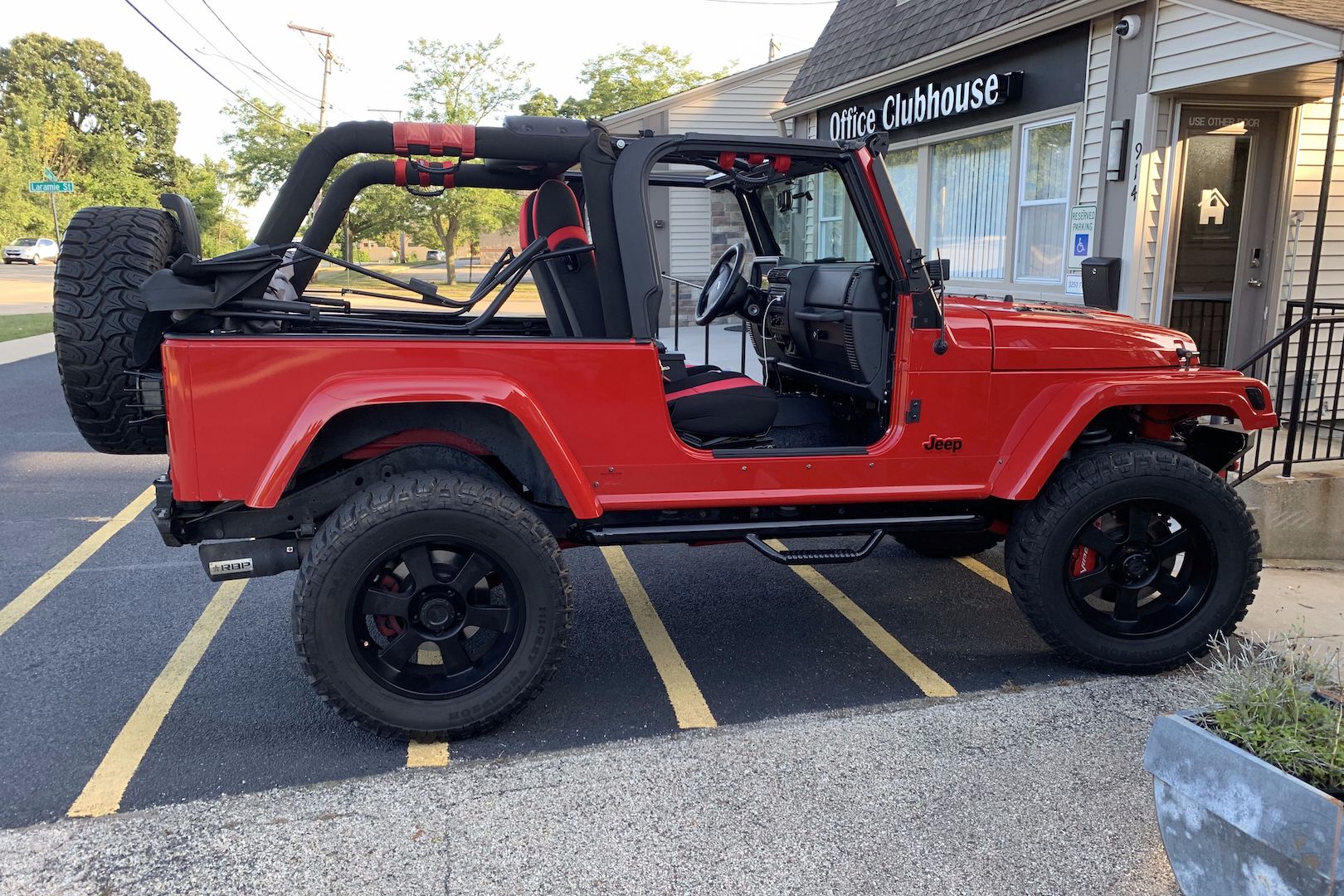 This Wrangler SRT-10, which appears to have last sold in 2018, is currently up for auction on Hemmings, where opening bids have already reached $18,500—though without meeting reserve. With barely 10,000 Ram SRT-10s ever built, we might never see another Wrangler built like this, so you’d better get your bid in before the auction wraps next Tuesday afternoon.