Downsizing your car collection isn’t always easy. Even if your “collection” is filled with total junkers, it pains a person to get rid of their prized possessions, like a pair of extended-cab Ford Ranger pickups. Luckily, instead of selling or crushing them both, this guy decided to combine the two for a sick Gambler 500 build. That also works!

One’s red, one’s purple, and together they make the most pointless but fun pickup ever to come out of Michigan. Yeah, I know that’s where they make the Ram TRX—I said what I said. I bet if this thing had a bed,it could haul just as much as that Hellcat truck anyway. 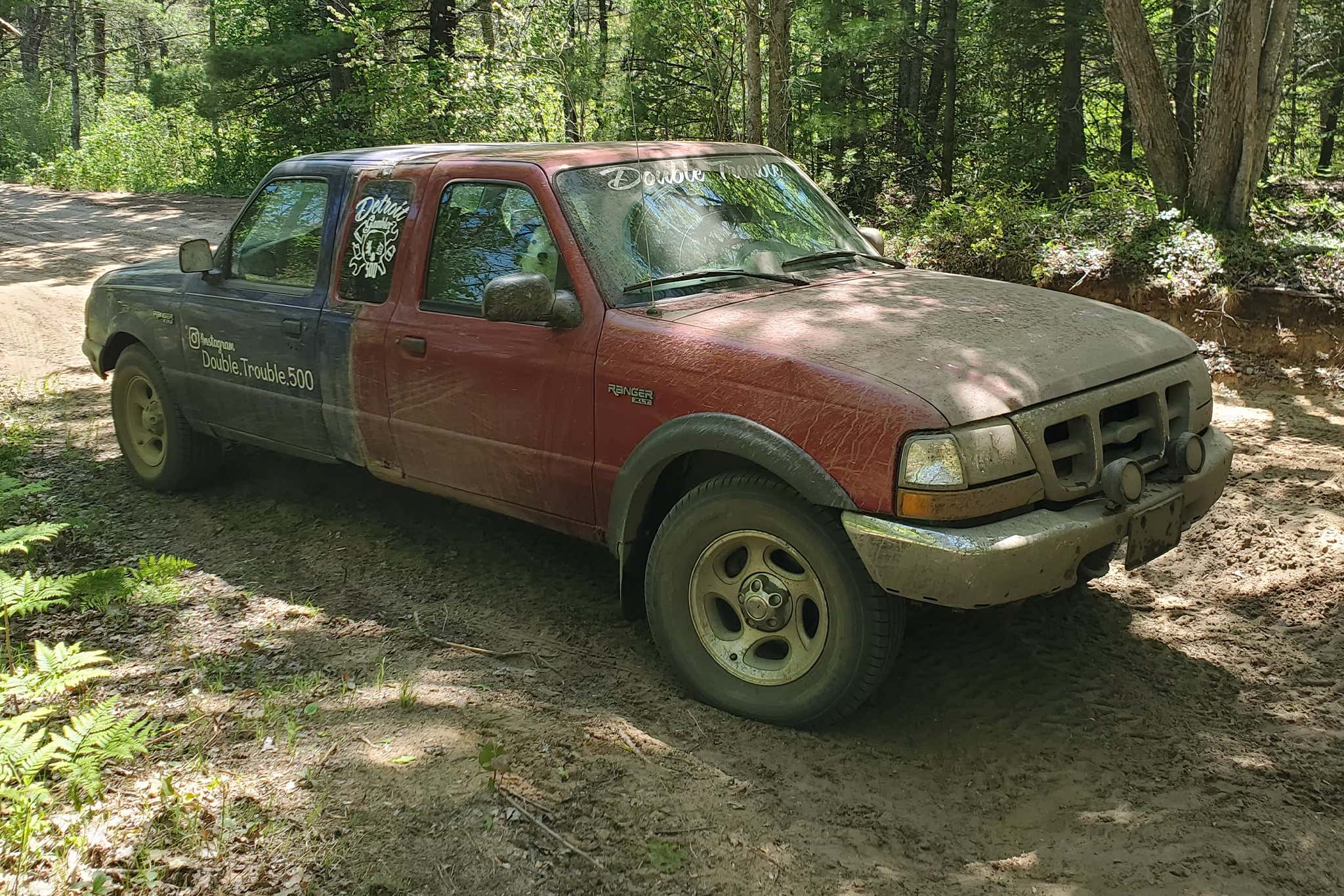 The “Double Trouble” Blue Oval has made its rounds on TikTok, Instagram, and the like over the past week or so. Makes sense seeing as it’s usually accompanied on the freeway by a Chevy Suburban-based boat car that, wouldn’t you know it, was also homemade for the cheap-fun Gambler rally series.

I was able to get the builder, Gage Van, on the phone to talk about the build process; it only took three days in total to complete. I’m not sure what I expected him to say when I asked how long it took, but he was pretty proud, explaining that he happily sticks to the series’ $500 budget limit.

Per Van, the newer, red Ford Ranger cab is the front half. It powers the whole rig with a 4.0-liter V6 that’s plenty potent for highway action, something he and his wife tested out by driving it on the Detroit Gambler’s 500-mile route in May. It apparently gets 21 miles per gallon on the highway—better than his neighbor’s normal Ranger, he added—and rumor has it that you can cruise with one finger on the wheel at 100 miles per hour. I’ll just take his word for it. 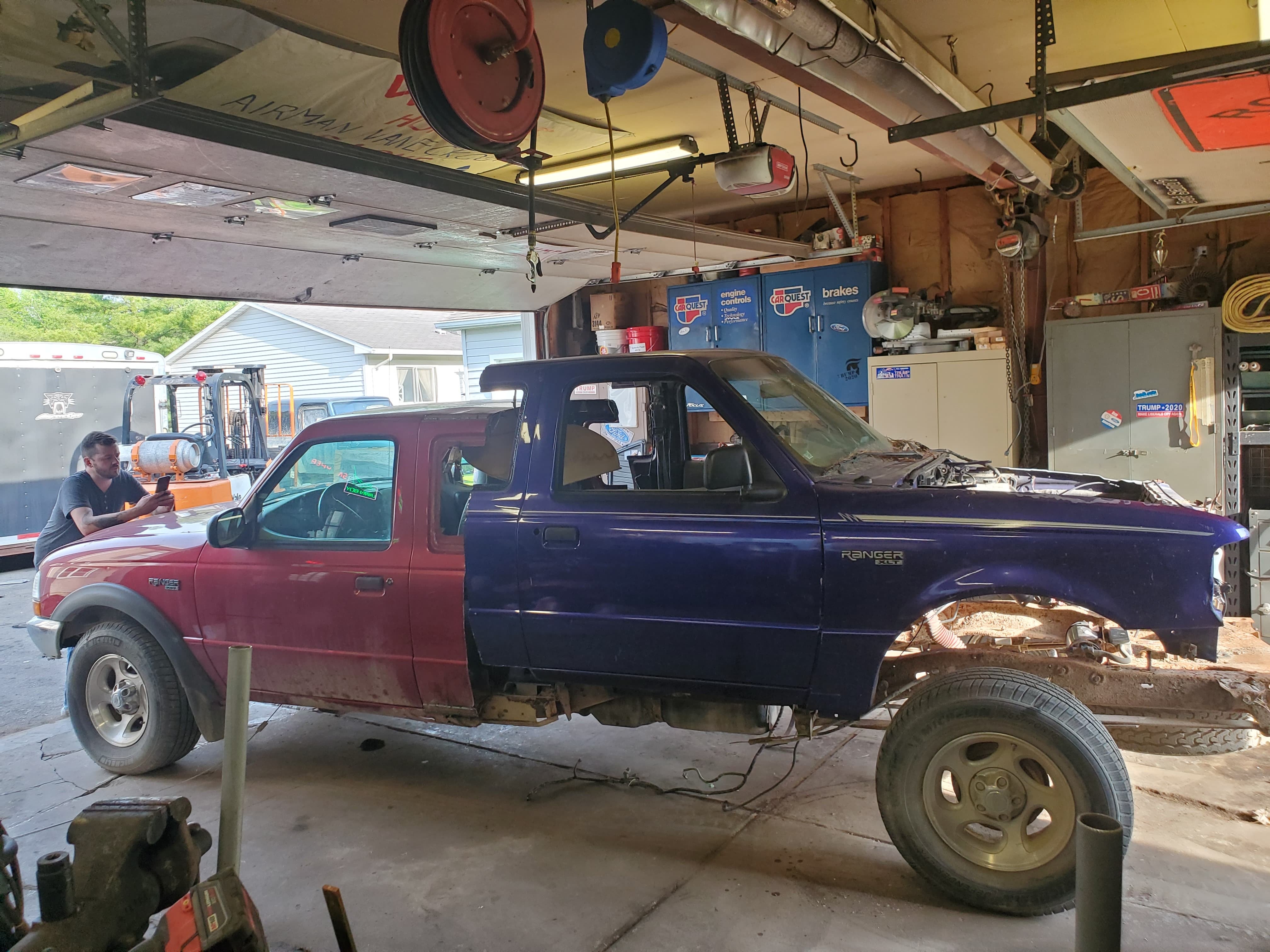 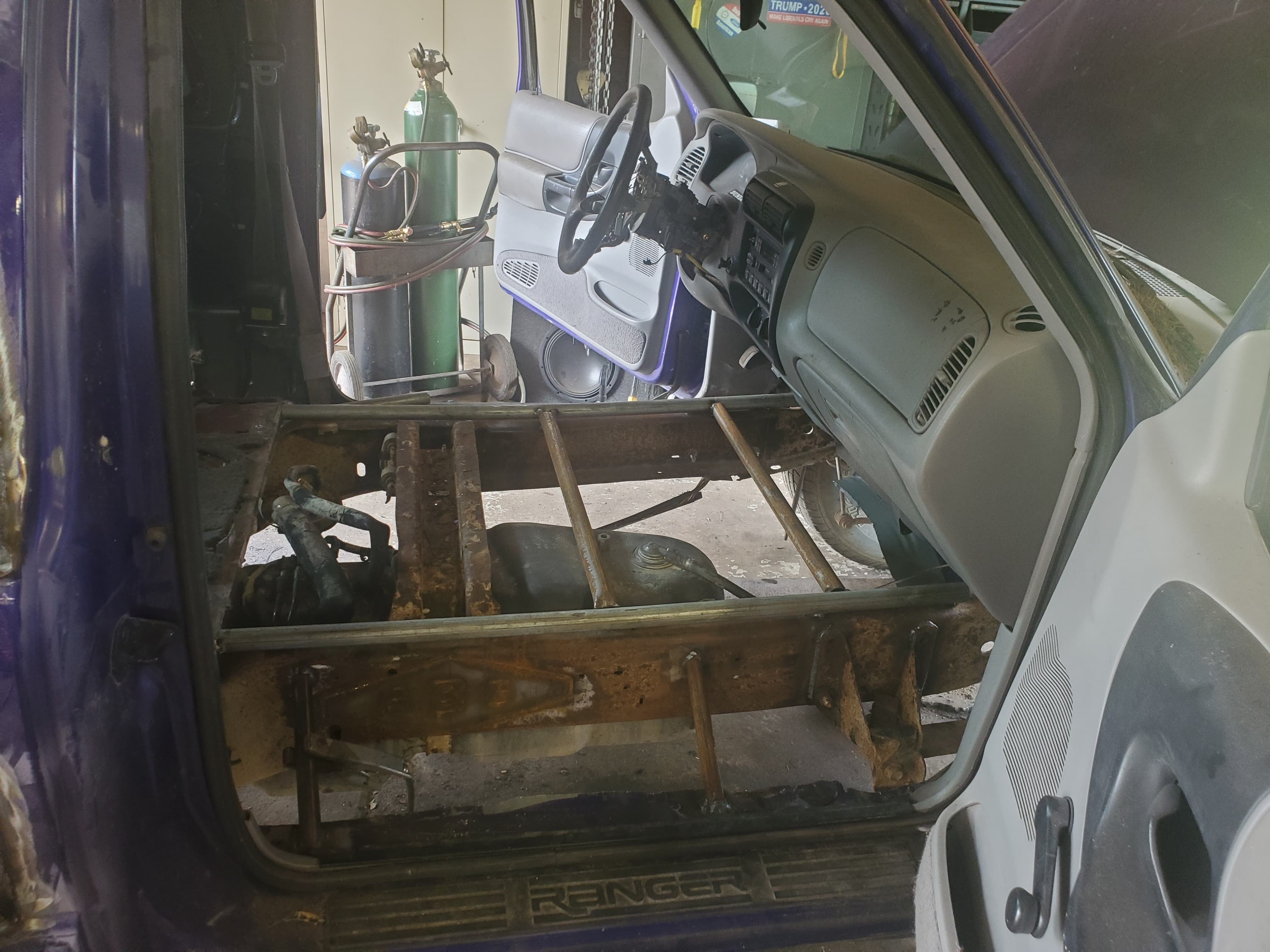 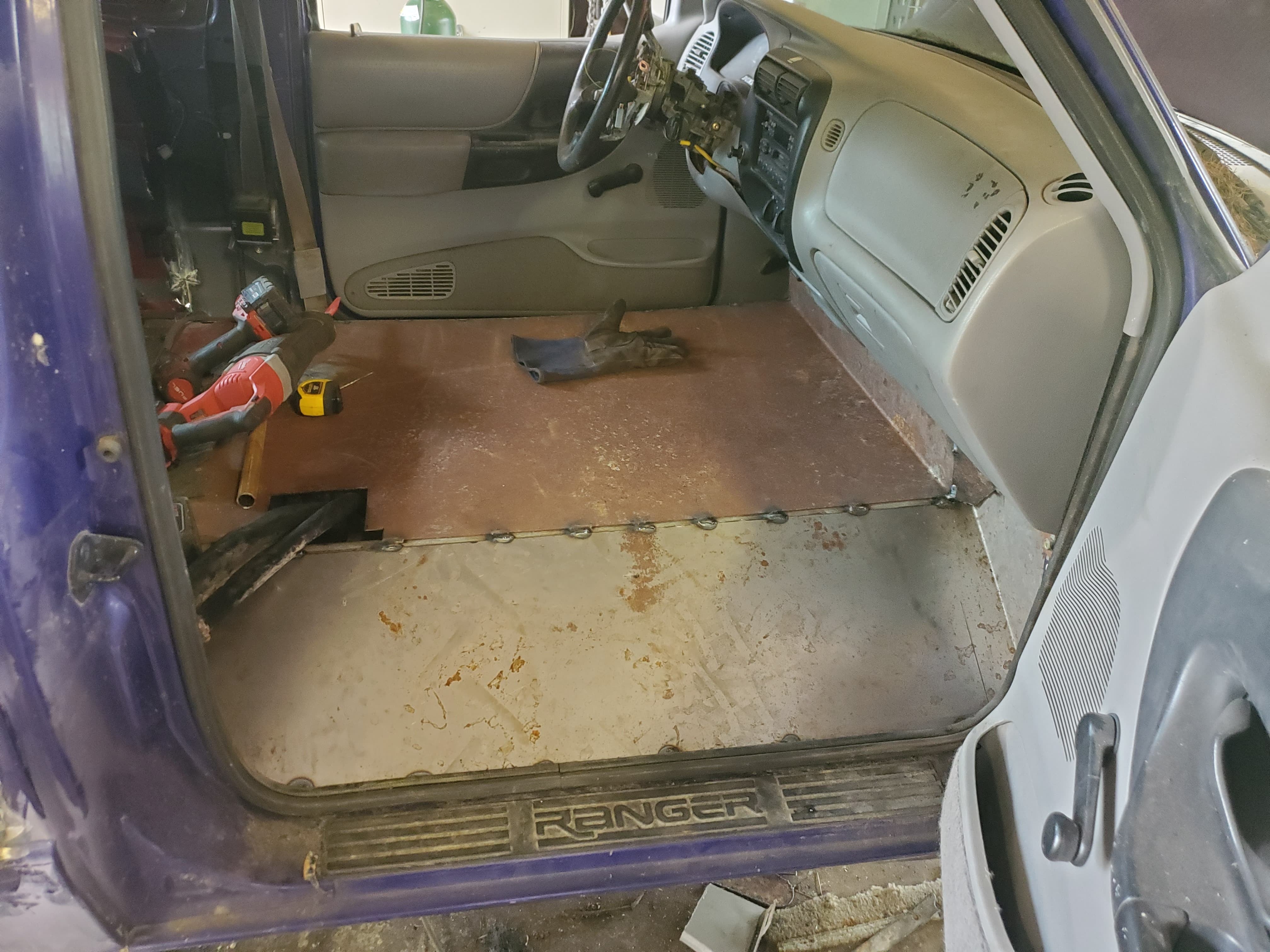 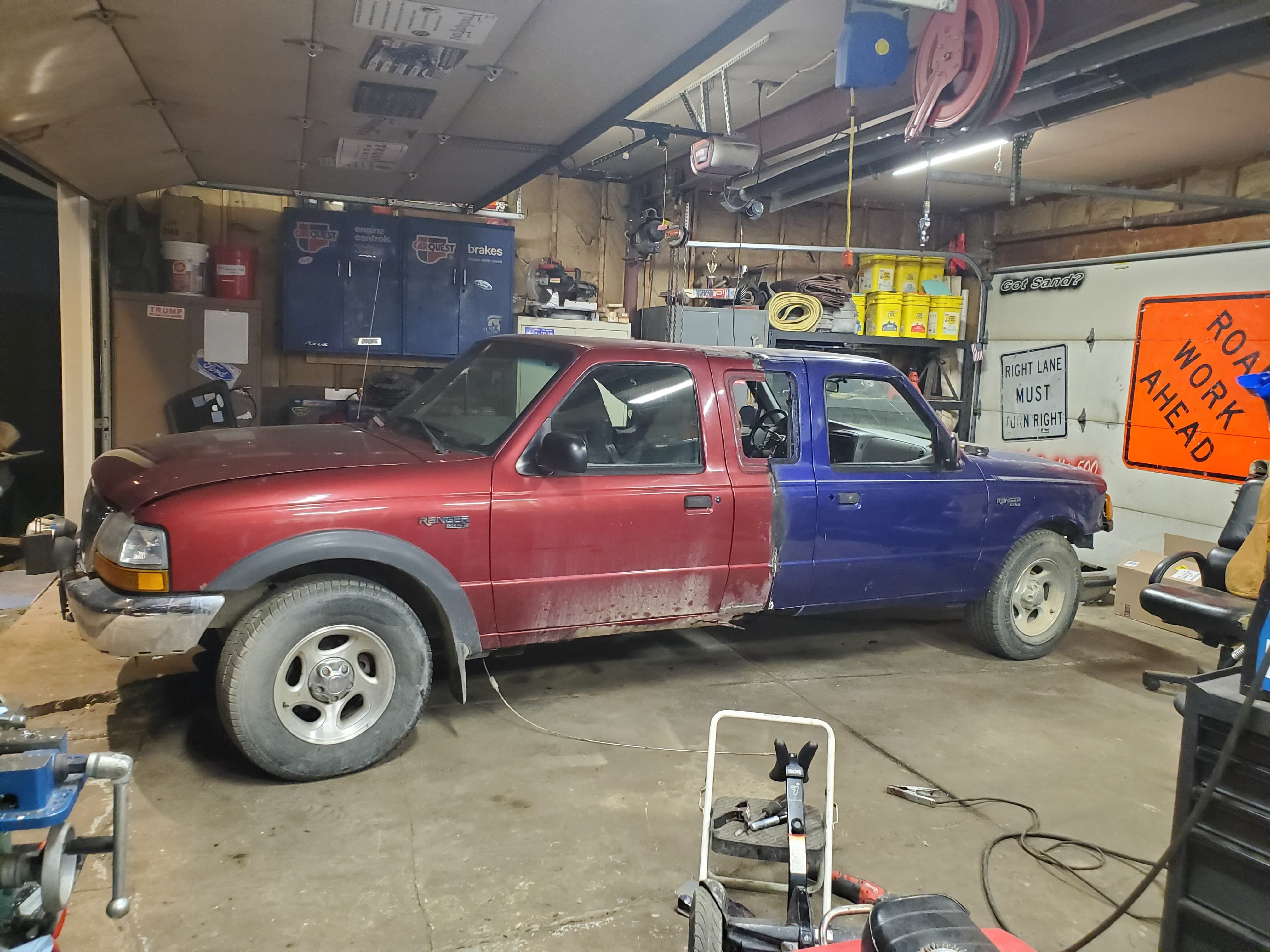 Once the red Ranger’s bed was removed, Van extended the frame by 30 inches to accommodate the second cab that faces the opposite direction. He thought about turning it into a homebrew dual-engined truck but with only $500 and three days to play with it, that just wasn’t in the cards. Oh well—at least it looks neat.

Since it has four-wheel drive, it can get around off-road without a problem. Sure, more aggressive tires would help but they cost hundreds of dollars on their own. Van seems happy with it as-is, and he said he has enough projects to last him “until he dies.”

I’m just glad this thing made the cut.

Got your own cool Gambler build? Contact the author: [email protected]