While digital innovations have sped up processes throughout the automotive manufacturing cycle, some things are better when done the old-school way. Case in point: clay modeling. CAD drawings are critical to engineers to help keep the timeline in check, but there’s no substitute for a three-dimensional representation of a vehicle in development.

Since 1978, Nissan master clay modeler Haruo Yuki has created about 60 major clay models including the new Z, and he advocates for the use of hand-shaped forms to create the emotion under the metal. 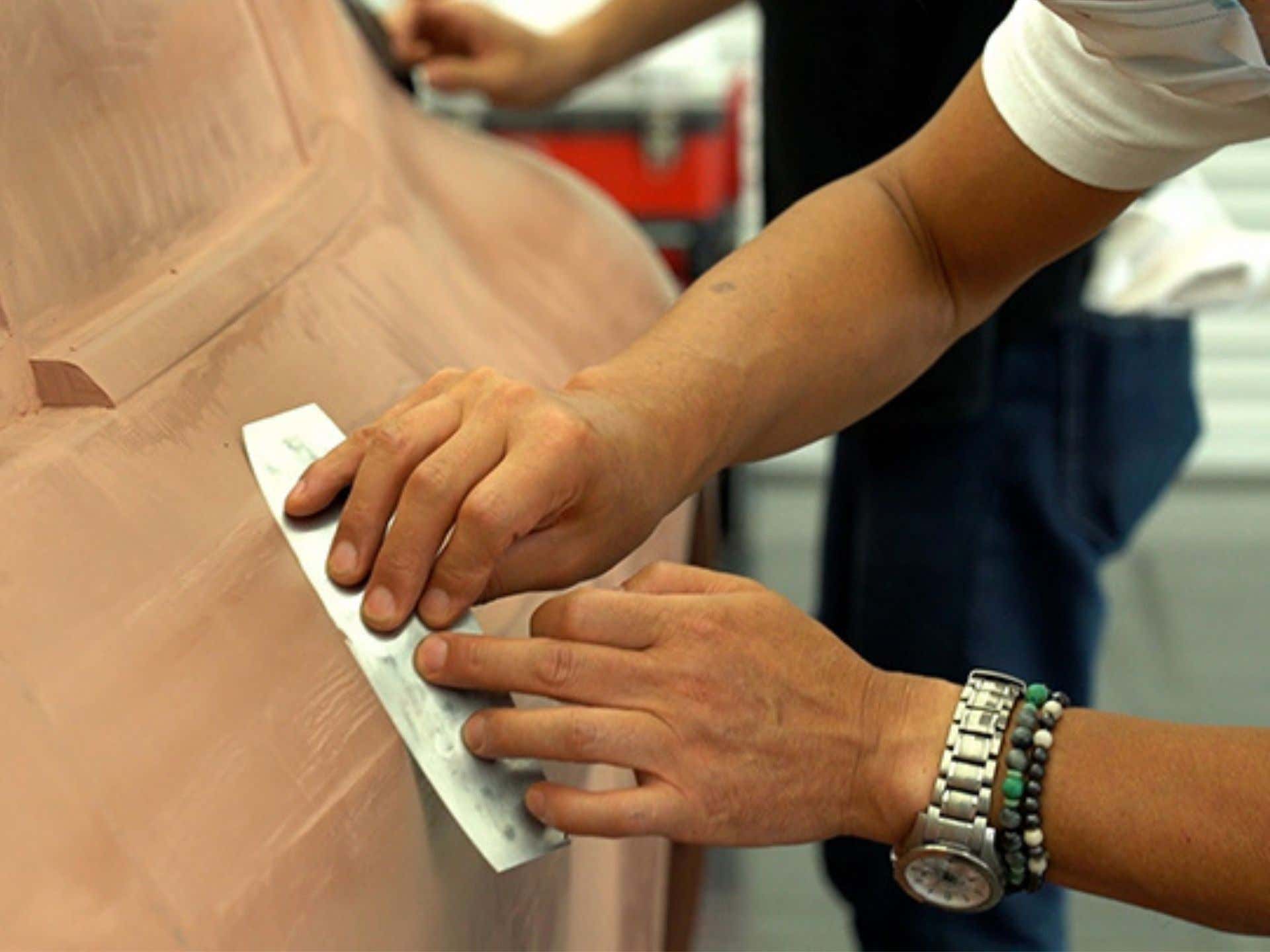 “We also use digital programs to create 3-D images as it is necessary in the process,” Yuki says. “But clay modelers provide a human touch to the design that software can’t. While it may seem simple to digitally add a door mirror or accents to a design, and seeing the car in a virtual space is helpful, subtle changes are not so easy to convey digitally. What we see on a monitor versus in real life is very different, especially under natural sunlight.”

Before the clay modeling began, Nissan launched a global design competition. Teams from Japan, China, the U.S., and the UK submitted 100 sketches in total, and three finalist teams entered full-size clay models.  Once the Japan team was chosen, Yuki and his team were able to start the sculpting project.

A full-scale clay model has an aluminum frame with axles upon which the design team can install wheels and tires. The total weight of the finished clay product is about 1.6 tons (which is even heavier than the final Z!) and it took the team about three weeks to complete. Yuki says that excited (and probably anxious) executives and engineers dropped by the studio to see the work in progress, and he and the other clay modelers on his team shaped and reshaped it all the way up to the final touches.

“I’ve found that designs come to life only when we explore the shapes with our hands,” the master modeler says. “After being part of the creative process for dozens of cars, I have yet to see the emotional nuances of a design fully interpreted by a computer. I think that the favorite parts of a design for people come from the clay modeler successfully conveying shape and proportion. With the new Z, I don’t think the final appearance would have been possible had we relied on computers and software alone.”

Got a tip? Send the writer a note: [email protected]