The Corvette has always been America’s sports car, standing distinct from typical muscle cars as it built its legend over the decades. It’s always been a two-door, two-seat experience, pure and uncomplicated by any suggestion of greater practicality or purpose. However, this nearly changed back in the early 1960s, as shown in photos General Motors has shared on Instagram.

The model shown dates back to 1962, as the original C1 was winding down and just prior to the C2 Corvette entering production. Featuring the classic split-window design at the rear, the Corvette’s wheelbase is stretched by six inches in order to provide enough room for the back seats. The svelte snatched rear of the coupe becomes more rotund, necessary to give the rear passengers enough head room beneath the glass. 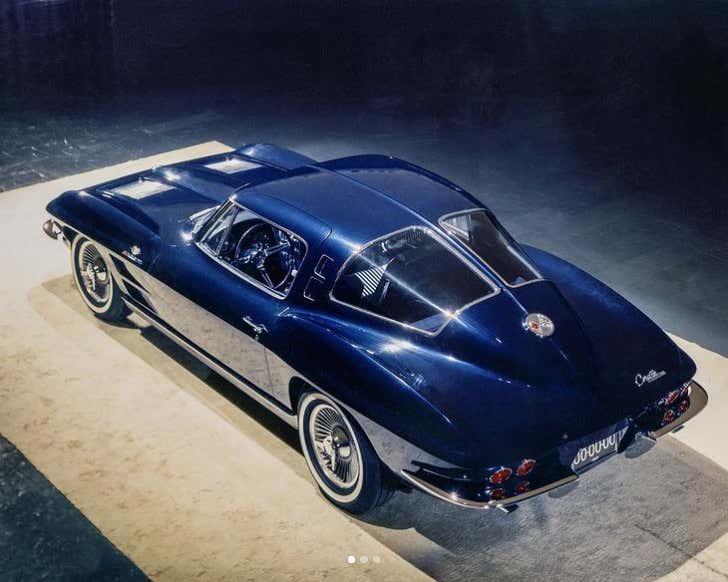 It’s not an awful design, by any means, but it certainly compromises the glorious lines of the classic C2 coupe. The four-door version recalls cars like the Porsche Panamera or the Nissan 260Z 2+2, all featuring a vaguely pregnant hump-like rear all the better for carrying children. Incidentally, though, one of the photos released shows what appear to be two adults sitting in the back of the stretched C2, so there may indeed have been plenty of legroom available in the rear pews. 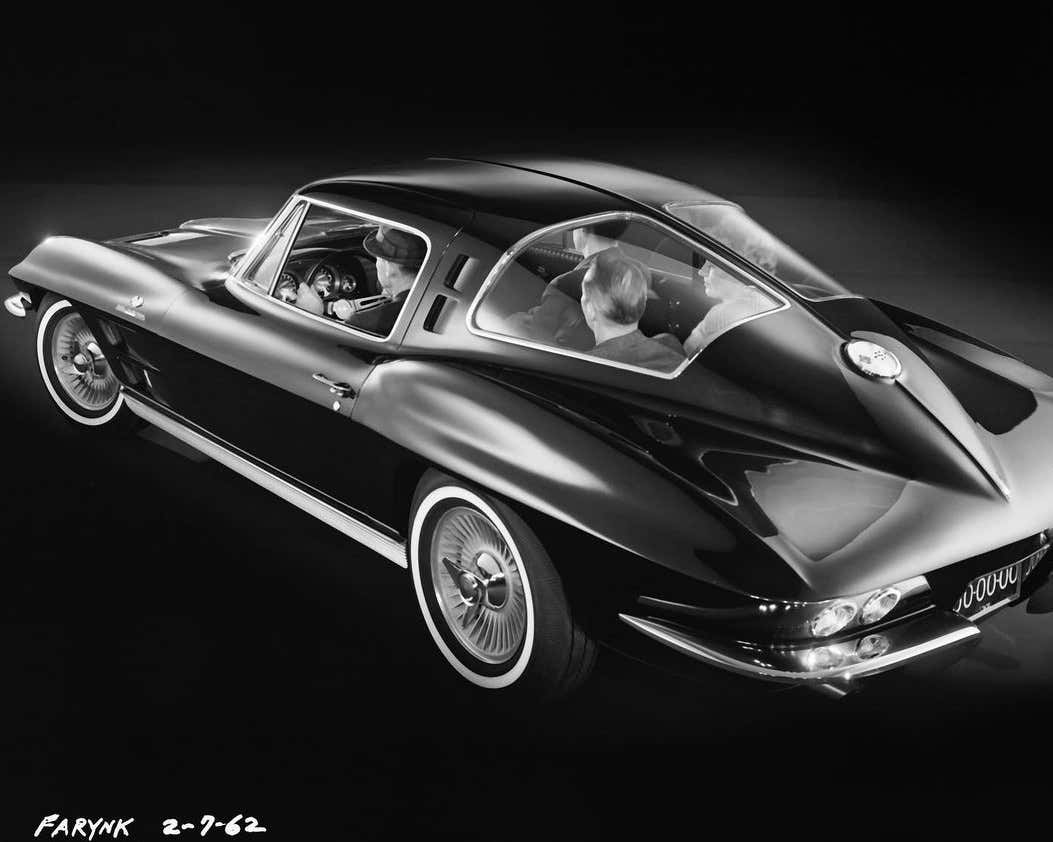 The stated goal of the project was to have the Corvette compete better with the Ford Thunderbird, at the time available in both two and four seat configurations. The notable difference was that the Ford was intended to be a personal luxury car, and was given the additional seats for those who wanted to haul around the family. The Corvette was always intended to be a sports car, however, and it’s likely for this reason that the four-door concept never saw production.

This picture of the four-door concept overlaid over a standard C2 coupe shows the difference in wheelbase and the general shape of the car.

According to Design Director Chuck Jordan, the design staff at GM were no fans of the four-seater anyway, reported CorvetteBlogger. The concept was the work of Larry Shinoda, who revealed another enlightening reason why the concept may have been cancelled for good. The story goes that a high-placed figure at GM decided to check out the prototype. When sitting in the back, the front seat locked in place, and workers had to uninstall the front seat to free the poor chap. The debacle supposedly brought the project to an ignominious end.

The prototype was later destroyed, and we’re sure it’s not particularly missed by the Corvette faithful. We’ve also seen four-door C3 Corvettes, including entirely custom builds, both of which further reinforce the idea that two seats is the correct amount. Expect America’s sports car to stay true to that format for the foreseeable future.