The Ford Bronco is a capable new four-wheel drive, and not typically the first vehicle you’d choose to slam on lowered suspension. However, that’s precisely why the very concept appeals to some people. Two companies have now teamed up to drop Ford’s new off-roader to the floor.

Vossen Wheels out of Florida didn’t hesitate to drop its Bronco on air suspension, working with scene-friendly AccuAir on the rig. Impressively, the 35-inch tires still fit beneath the guards even when the suspension is at its lowest level. 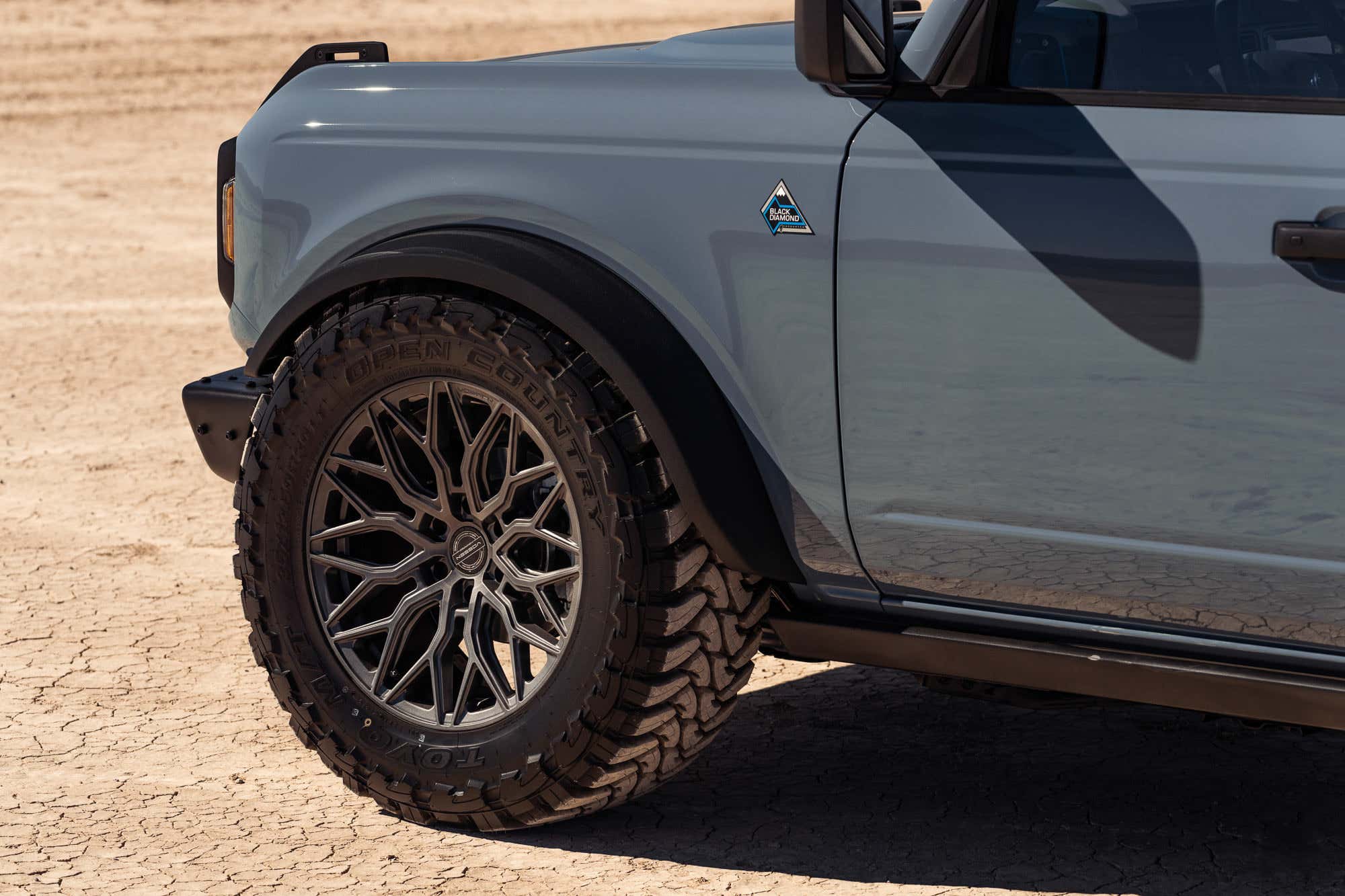 Aired up, however, the airbag kit actually provides a three-inch lift, something which could be useful for tackling obstacles off-road. The air springs are paired with the standard Bilstein shock absorbers, and the Bronco’s G.O.A.T. drive modes are still fully functional despite the changes.

The suspension can be controlled from a control pad wired up in the interior, or alternatively via a smartphone app. Compressors and an air tank are installed in the rear to supply air to the system.

The truck rides on 20×9.5-inch Vossen HF6-3 wheels, with the Anthracite finish making a nice complement to the Bronco’s Area 51 paint. Tires are the stock Toyo Open Country MTs and, save for the suspension and wheels, the rest of the vehicle remains unmodified.

With the big 35-inch tires still in play, the setup doesn’t completely slam the Bronco on the ground. There’s still a good six inches or more of ground clearance under the frame when aired out. Swap those big tires out for something lower-profile, and you might get a bit of scrape happening. This would likely end up with the tires not quite filling the guards; regardless, we’d still love to see a stanced Bronco on some sweet, stancey wheels, or maybe even a hilarious track-focused build. 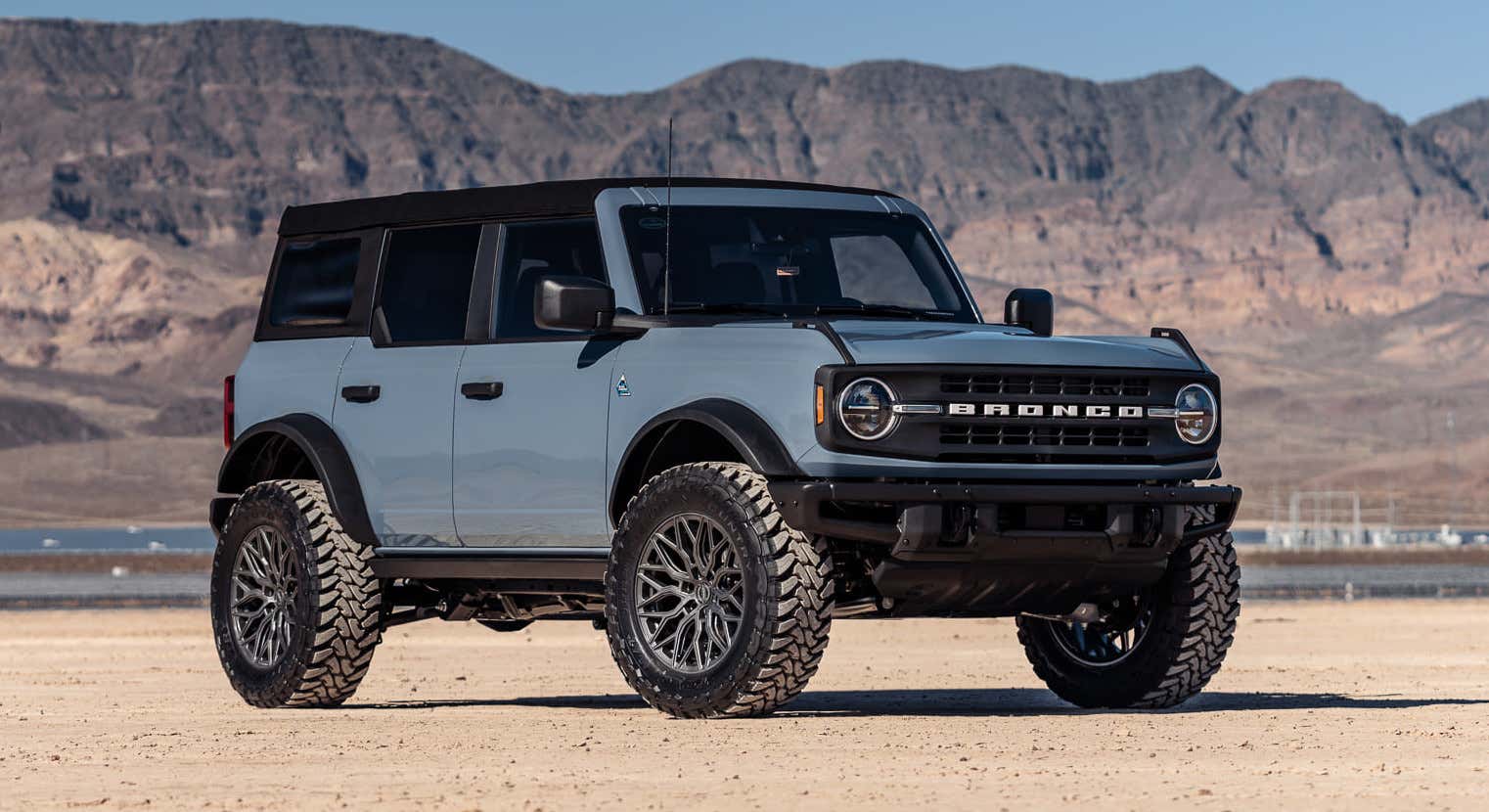 While the companies claim the build is the world’s first bagged Bronco, those eager to modify their own trucks will have to wait. AccuAir has stated its kits will be available from spring next year.