Want more footage of Singer’s awesome ACS Safari Porsche 911 in action? Why would I even bother asking such a thing? Of course, you do.

One week after unveiling its customer-commissioned All-Terrain Competition Study (ACS) to the world to instant and overwhelming admiration, Porsche 911 restoration masters Singer have released a three-minute video of the car being driven quite exuberantly over some loose surfaces by its creator, 911 guru Richard Tuthill himself. 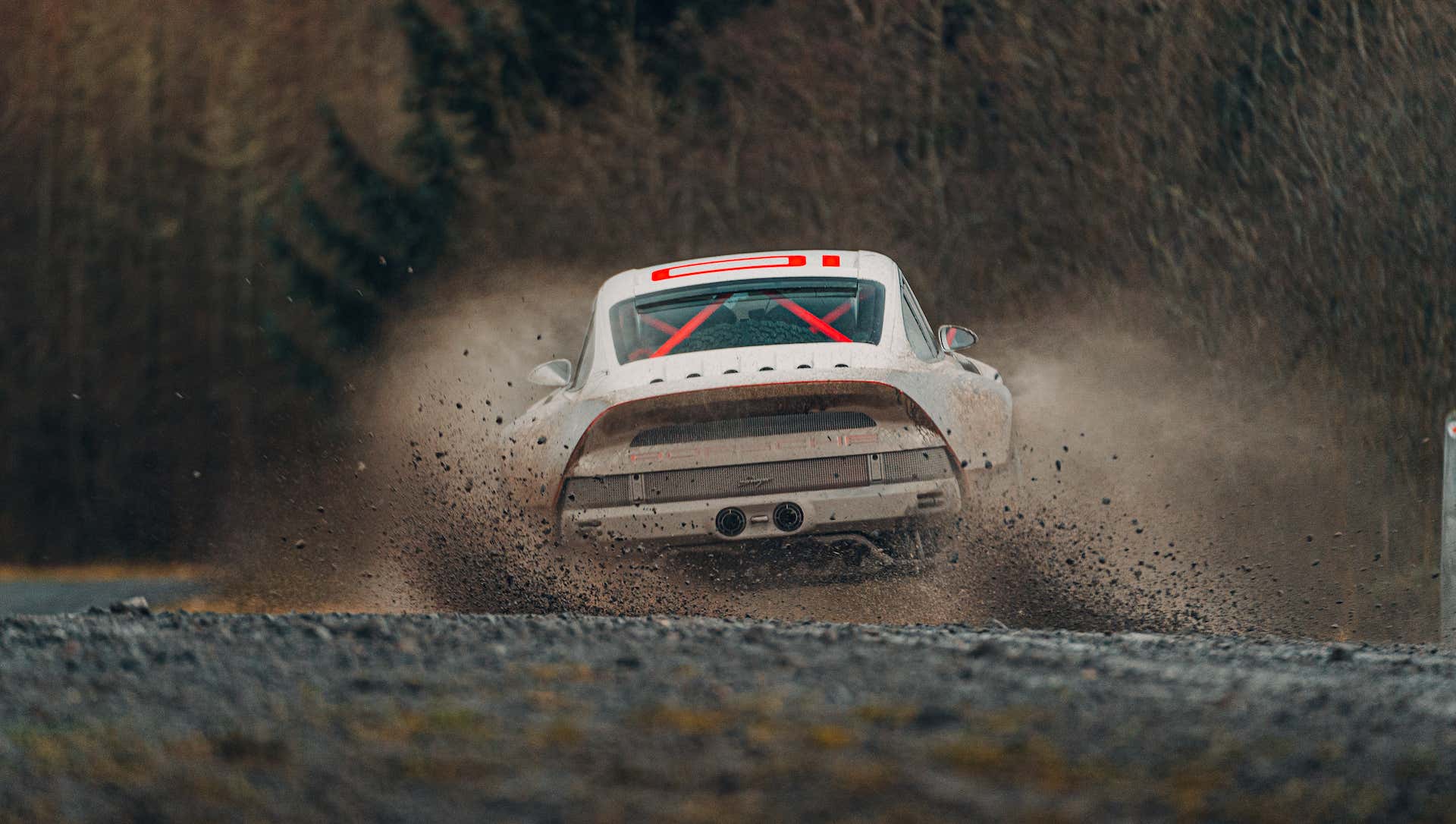 Based on a 964, the ACS is powered by a twin-turbo, air-cooled 3.6-liter flat-six making 450 horsepower. The rear-engined rally car puts that power down through a five-speed sequential gearbox and permanent all-wheel drive. All-carbon body panels, long-travel suspension with a total of eight five-way adjustable dampers, and FIA-spec roll cages and bucket seats all lend to the ACS’s off-road performance prowess.

The delicious carbon bodywork, the fluorescent red interior, the savage bellow of that flat-six, and, of course, Tuthill’s skillful maneuvering are all on display here and it only makes us want an ACS more than we already did.

Back in October, a suspiciously-high Porsche 911 test mule was spotted rocking what looked like wooden wheel arches at the Nurburgring, a possible sign that Porsche itself is preparing to introduce a Safari variant of the 992-gen 911 from the factory. If that is indeed what Porsche is doing, it’s highly unlikely that the end product will ever hope to match the Singer on special-ness and exclusivity but it probably won’t have the Singer’s price tag either, which, according to Tuthill, remains an immensely affordable-sounding “It’ll be what it’ll be.”

Related posts:
That Time Ari Vatanen Lost the Dakar Rally Because His Peugeot Got Stolen for Ransom
Toyota Supra New Lease Deal Limits Driving To Only 5,000 Miles A Year
Best News
MPs confirm councils will be given the power to issue fines to drivers within months
01/20/2021
FBI: No crime committed as ‘noose’ rope was there in 2019
06/23/2020
Why VW Pulled The Plug On A 400bhp VR6 Arteon R
06/23/2020
2021 Kia Grand Carnival breaks cover – solid looker! – paultan.org
06/24/2020
New Volkswagen Arteon Shooting Brake arrives as part of facelifted line-up
06/24/2020
Recent Posts
This website uses cookies to improve your user experience and to provide you with advertisements that are relevant to your interests. By continuing to browse the site you are agreeing to our use of cookies.Ok