With the reveal of the new 2021 Ford F-150 Raptor, the off-roading community got a lot of what it wanted: more suspension travel, bigger tires, coil springs, and more. But there’s still something missing. We’ll give you a hint; it starts with a V and ends with an eight. The good news is that the V8-powered Raptor is eventually coming, and despite some confusion this morning, it will be street-legal and not restricted to off-road driving.

In the reveal video for the truck, the automaker claims there’s “more to come” in 2022, and Ford spokesperson Mike Levine confirmed that a V8 Raptor R is on the way. However, a report by Roadshow claimed that it wasn’t all good news, citing an unnamed Ford spokesperson who apparently told the outlet that the Raptor R wouldn’t be street legal. According to the story, the “new truck will be so extreme that it’s going to have to spend its entire life off-road or on private land.” 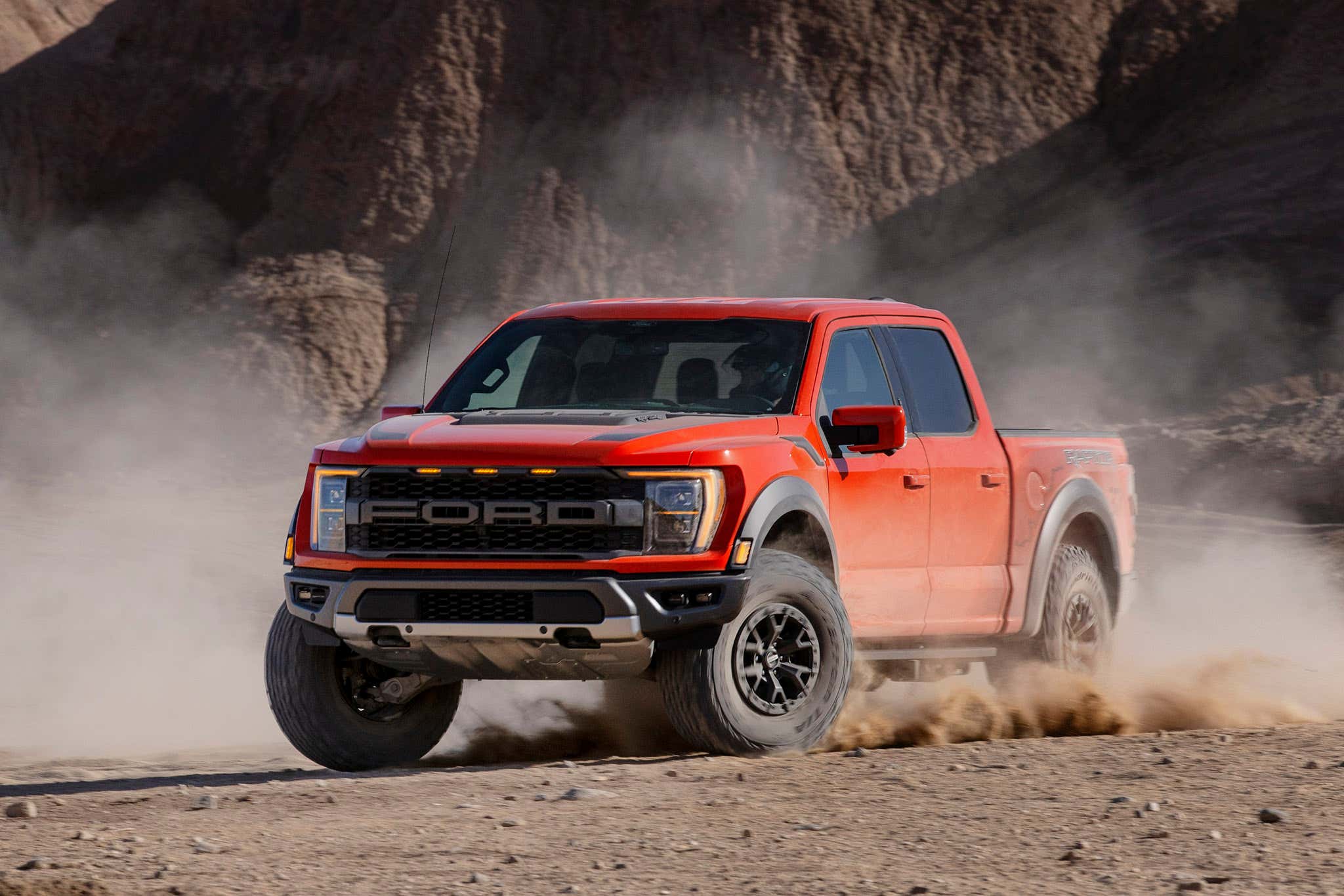 The new Raptor R is rumored to have the V8 out of the GT500, and it would be easier to meet both CAFE and safety regulations if the trucks never saw public asphalt. But making a halo truck like this for off-road use only would seem to cut out a huge swath of its potential buyers. It was a surprising report to say the least—and it turned out to be incorrect.

Speaking to The Drive, Ford Trucks spokesperson Dawn Mckenzie confirmed that the V8 Raptor R will “100 percent be street legal.” This has since been repeated publicly by other Ford reps on social media, and evidently whoever at Ford spoke to Roadshow provided incorrect information. So, not only is the new V6-powered Raptor safe and sound with its miles of suspension travel and fancy new coil springs, but its V8-powered big brother will be set to rip around public roads when it arrives in 2022.

In the meantime, though Ford hasn’t even told us how much power the V6 Raptor makes, we can do a bit of speculation about the Raptor R. Rumors say it’s going to have north of 700 horsepower thanks to the heart of a Mustang GT500, which is certainly something to look forward to.

Still, we’ll have to wait for when Ford gives us the official word. Until that happens, all we know for sure now is that it will indeed be set for use on public roads.