Home » Auto News » The UK Fuel Crisis Is Dumber, Pettier, and Worse Than You Could Imagine

The UK Fuel Crisis Is Dumber, Pettier, and Worse Than You Could Imagine

Being a truck driver in the United Kingdom is really not a great job right now. Classed as “low-skilled,” European Union workers were denied visas to be truck drivers after Brexit, and combined with horrific port backups and 10,000 drivers getting stranded in their trucks last Christmas, weirdly not a lot of people are that keen to take on bringing stuff to this ungrateful little island. And right now, that’s creating a major crisis for anyone who requires gasoline from time to time.

Petrol stations across the country are running low on fuel, causing long lines at the pump, rising prices and panicked drivers who fill up more than they should to stock up. It’s not unlike the gasoline crises of the 1970s in the U.S., but this time it’s happening for different reasons. In the U.K. this time, it’s about truck drivers. Specifically, the lack of them.

The U.K. is reliant on truck imports, a lot of which—99 percent, in 2019—come from EU countries. Which is complicated, if you haven’t brokered a particularly good trade deal. Of course, non-truck imports like sea freight also get distributed around the U.K. by truck, which is complicated, if 14,000 truckers who are EU citizens left the country last December. In fact, there’s now nearly 100,000 total fewer truck drivers in the U.K. (236,000 from 330,000) compared to 2016. As the New York Times noted this week, British truck drivers are getting older and retiring, and any younger ones lining up to replace them face delays in licensing due to the pandemic. 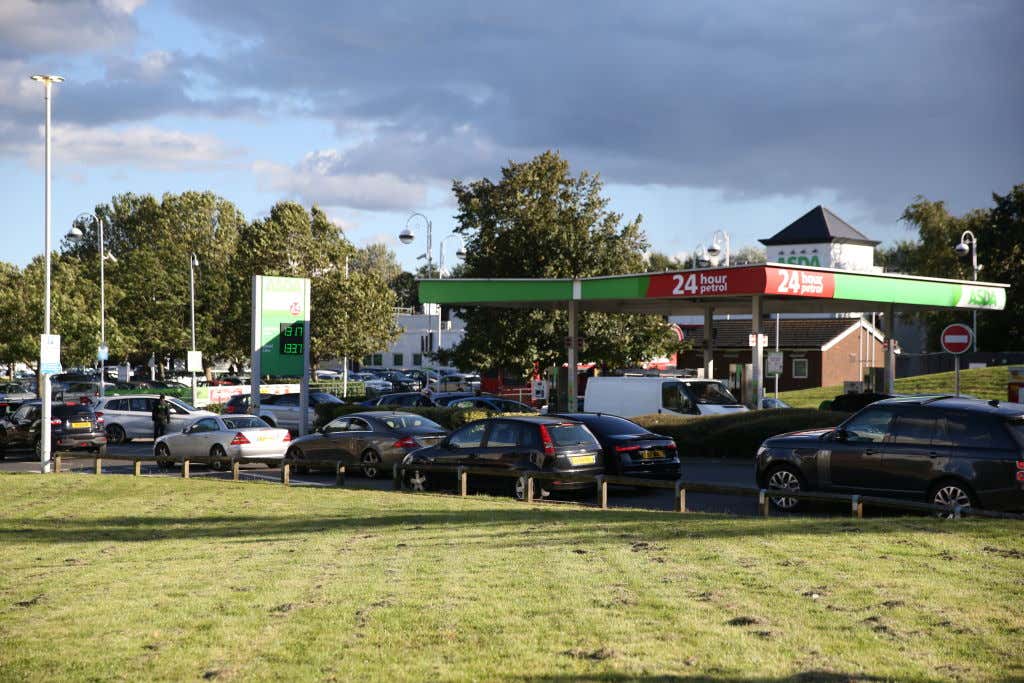 That’s not, necessarily, directly causing the U.K. fuel crisis that’s got cars queueing ’round pumps and people threatening to stab each other over 10 liters of unleaded. A lot of what’s happening is down to panic buying that’s causing localized shortages but haulers say there is an issue with not enough freight and although the government says there absolutely isn’t, they have made the army available to drive trucks. Just in case.

Because there’s nothing we can’t work really hard to make that little bit more farcical, after a few days of unreliable supply people just started putting whatever fuel they fancied in their car. As in, more than five times the usual number of people were putting petrol in their diesel cars or vice versa. This means a recovery vehicle has to be called out, the fuel pumped and wasted and your car might not really run the same afterward.

You’d think, as a smug electric vehicle enthusiast, I’d be chuckling to myself about how this would make everyone with a 2013 Nissan Leaf suddenly the absolute baller of range. Nope, because now we have problems involving electricity. Because not only are we out of petrol, we’re out of gas. Which we use to make electricity. Oh, man.

There are people making the argument that energy crises are going to hit all European nations this winter because of massively increasing gas prices. That’s gas in the EU sense, as in natural gas and not gasoline, which there’s a pretty major over-reliance on to generate electricity. EU countries are in a strong position to negotiate, as a large trade bloc and also to share electricity between their grids—something we have been heavily reliant on France for, the share imported actually increasing after the Brexit vote in 2016.

All that’s amounting to a situation where, say, overnight electricity prices are suddenly more than tripling and it’s possible that peak home charging might get banned. This isn’t a directly reactive concept to the current situation but does show the weirdly unnecessary problems we’ve heaped all over ourselves by failing to address them. And by “we” in this context I mean the people actually in charge who can do anything about it, whose leadership has been as consistently inspiring as it’s ever been. 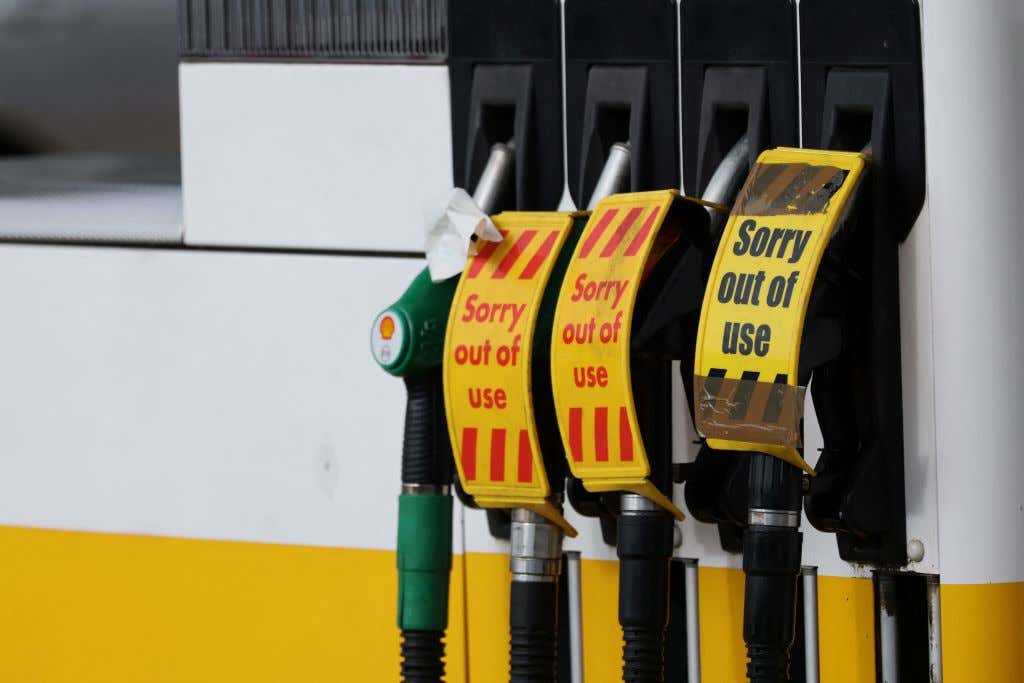 The U.K. is heading for a long, incredibly hard winter and it’s started now. The first people being hit are anyone reliant on petrol cars. But as the problems with trying to convince haulers to work for low wages and in poor conditions continue, bigger issues are becoming clear. In my local supermarket earlier today (think of a Walmart but it’s called Lidl and for some reason sells drills, as well as continental meat selections) there were already tell-tale signs: empty shelving, products limited. And I live in well-supplied southeast London.

The government’s suggested a scheme to entreat haulers back to work, which is a three-month, no-frills visa that would let them do a job it turns out most of them weren’t that keen on, to begin with. Especially if, say, there was a repeat of last Christmas’ shenanigans. So we’re set for a dark, cold winter without much chance to move around, it seems.

It gets darker still, in Northern Ireland, where shortages are set to include the one thing the U.K. mainland has a real abundance of: Clowns.

Want to make an offer on the 20 liters of unleaded in my Twingo? [email protected]