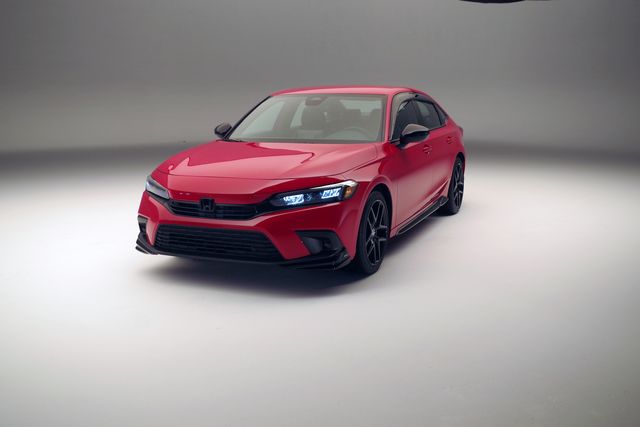 The 10th-generation Honda Civic was a huge deal. When it made its way to the streets in 2015, we didn’t yet know its bones would underpin the first Civic Type-R to sell in the United States. Those bones were also, for the most part, supreme. While some decry Honda’s decision to have a continuously variable transmission in place of a traditional automatic transmission, there always was the manual. As the 10th-gen Civic nears the end of its road, let us now welcome its replacement.

The new Civic launches in solely in sedan form. After the 10th generation coupe’s death, we’re betting the only other body style option we eventually get will be a hatchback.

Despite the powertrain and the name carrying over, there is a lot of new going on with this next-gen Civic. Styling-wise, the folks at Honda wanted to give the new Civic a more upscale appearance and lowered the beltline and swept the A-pillar back. This gives the new Civic sedan a longer nose and a more stylish silhouette.

Some weight saving measures have been taken, including the use of a new aluminum subframe that shaves some weight off the front while adding rigidity. The new Civic’s structure is more rigid overall than the outgoing model, with more deployment of high-strength steels and aluminum to keep the weight gains in check.

A lot more changes take place on the inside. A new infotainment screen sits on top of an all-new dash, accented by a honeycomb insert that runs its entire length. Heat and air conditioning controls still feature physical buttons, and as wild as it might seem for this to be noteworthy, there is a volume knob—actually two if you count the thumbwheel on the steering wheel. The car gets standard wireless Apple CarPlay and Android Auto and an optional Bose audio system. 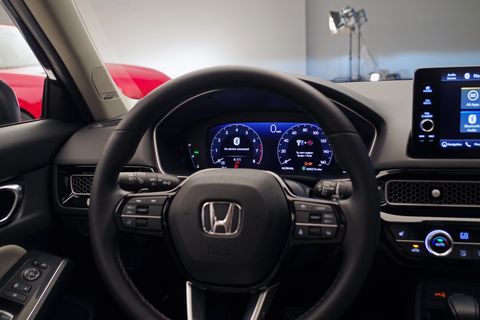 Note that the gear lever is cantilevered towards the driver, mimicking the styling of a manual transmission and imparting the feel of a sportier car. A closer look reveal that lever is no manual shifter. Where the 10th-generation Civic still offered a manual transmission, Honda has dropped the option here in favor of CVT exclusivity.

Safety features are present en masse, as would be expected. Just like the previous generation, the new Civic gets a suite of active safety features, dubbed Honda Sensing, though with some significant upgrades. Honda switched to a single-camera system with a wider field of view, to better identify pedestrians, bicyclists, and road information. Honda also added a traffic jam assist to help you manage those congested commutes, and it redesigned the front airbags to help reduce injuries.

Taken in whole, the changes aren’t exactly a huge leap forward, but that’s largely a product of the sheer quality of the outgoing model. The bigger point of understanding is the importance Honda still places on its compact sedan and how much value it still sees in the segment market—enough, certainly, to warrant such a huge investment while other automakers abandon it wholesale.

Pricing will be released closer to launch, though we estimated stickers should start around $23,000.

Honda Civic loyalists always have plenty to say about the release of a new generation. What do you think of the new sedan? Let us know in the comments below.