When driving alongside a semi-truck, you don’t really expect to look over and see a teenager behind the wheel. That could potentially change in the near future, should a bipartisan infrastructure bill pass the U.S. Senate.

The Developing Responsible Individuals for a Vibrant Economy Act, also called the DRIVE Safe Act, has been introduced as part of an effort to fill the long-lasting trucker shortage with drivers as young as 18 years old. 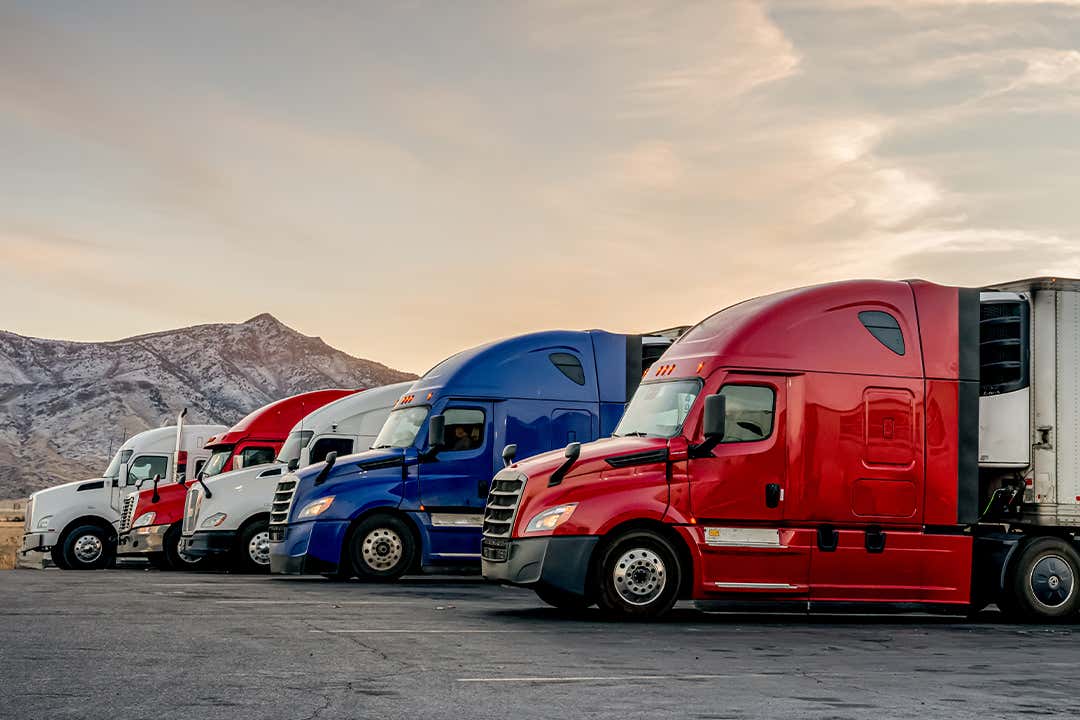 Presently, the federal government prohibits any commercial driver’s license holder under 21 years of age from operating a commercial vehicle across state lines. The bill introduced to the Senate calls on the U.S. Department of Transportation to change this by implementing an apprenticeship program to get younger drivers involved in the trucking industry and broaden the overall labor pool.

Specifically, it would require an apprentice to participate in two probationary periods totaling 400 on-duty hours accompanied by an experienced driver, 240 of which would be spent driving.

The legislation would also require an active braking collision mitigation system, forward-facing video capture, and a governed speed of 65 miles per hour. The apprentice would also be prohibited from operating a truck without a fully automatic or automated manual transmission.

This is the second time that the DRIVE Safe Act has been introduced. Originally, the legislation was proposed in 2019 but did not advance after it was referred to a committee. The new bill is largely similar to that which was previously introduced, and its reasoning serves largely the same purpose of adding new workers to an industry with an aging workforce.

The bill stalled out two years ago when both the industry and public were torn on how to proceed. On one hand, the American Trucking Association supported and pushed for the bill’s adoption into law, while the Owner-Operator Independent Drivers Association not only opposed the passage but outright said that it was based on the myth of an industry shortage meant to “take advantage of a new pool of drivers who would be subjected to poor working conditions.”

The industry is split on what it believes is the problem causing a shortage—and if, in fact, there is one.

“If you look at the average age [of a truck driver] as it is today, it’s in the early 50s, and if you looked at it 10 years ago, it was in the early 40s,” said Yeager in an interview with Business Insider. “So the real problem is we’re not really attracting a lot of millennials and the younger generations into the industry, because candidly, it doesn’t fit what many of them may envision as their lifestyle.”

However, Yeager’s viewpoint may not tell the whole story when it comes to age.

Generally, a student graduates high school by the time they’re 18, which means there’s a three-year gap between graduation and the eligibility to drive a commercial vehicle across state lines. The DOT recognizes that this may cause some individuals who were interested in long-haul trucking to pursue alternative career paths since they could not yet legally drive a tractor-trailer from one state to another. And to make recruitment even tougher, the ATA says that in-state routes, which are the only routes that drivers under 21 are currently permitted to drive, “are generally reserved for seniority.” So even if an individual under 21 was interested in obtaining an in-state route with an established freight company, they may find it tough to actually obtain gainful employment due to limitations set in place by the industry itself.

And there’s another hurdle to overcome: insurance.

The DOT says that many insurance companies require long-haul and tractor-trailer drivers to be at least 25 years old, which compounds the problems set in place by the federal age requirement. And there’s a good reason for this, at least according to data analyzed by the Insurance Institute for Highway Safety. Data from the DOT’s Fatality Analysis Reporting System suggests that drivers aged 16 to 19 are three times as likely to be involved in a fatal crash, though the risk is highest at ages 16 and 17.

Meanwhile, statistics from the American Trucking Association show that the average age of a new trainee is 35—which not only fits into the Millennial age group but also approaches the average age that an individual in the U.S. considers a career change, according to Indeed.

Todd Spencer, president of the Owner-Operator Independent Drivers Association, says that there is no shortage of individuals with credentials to get the job done.

Of the 2 million heavy and tractor-trailer truck drivers, the DOT says that between 300,000 and 500,000 are employed in the long-haul trucking industry. Additionally, more than 450,00 new CDLs are issued by states each year, says the Association of Motor Vehicle Administrators.

“It’s just simple math,” Spencer told NPR. “If every year there are an excess of over 400,000 brand-new drivers created, how could there possibly be a shortage?”

The long-haul industry has a turnover rate of more than 92 percent for companies bringing in more than $30 million annually. That number is significantly higher than the U.S. Bureau of Labor Statistics’ gauge of the national average of all careers at just 57.3 percent. Steve Viscelli, a sociologist at the University of Pennsylvania who studies freight transportation, says that one of the largest issues contributing to the turnover is the working conditions.

In addition to excruciatingly long hours and time away from home, long-haul drivers are often paid for by the distance they travel. In 2016, the average pay was around 52.3 cents per mile; for full truckload drivers dedicating entire trailers to a single shipper’s cargo, it was nearly 20 percent less. All-in, the median pay of heavy and tractor-trailer truck drivers is $47,130.

Tractor-trailer drivers often take up habits that are extremely detrimental to their health. Studies show that obesity, smoking, hypertension, and lack of sleep are all common health risks found in the profession—but those aren’t the only risk to the driver’s wellbeing. The DOT says that motor vehicle operators, like long-haul truckers, are 10 times more likely to be killed and nine times more likely to be injured. It’s no surprise that workers jump-ship so often considering the health risks and working conditions compared to the pay.

Displacement of young operators introduced into the industry today by automated driving is also a concern. The DOT acknowledges that the progress on automated driving is quickly advancing and that the long-haul trucking industry will likely be affected before any other. The DOT theorizes that given the number of drivers nearing retirement age, the job losses may be minimal, though it also notes that the timeline of Level 4 and Level 5 driving capabilities “is highly uncertain.”

Should Teens Be Permitted Behind the Wheel?

The debate of whether or not teens should be behind the wheel of interstate commercial vehicles is fairly evenly split. In 2019, support for a pilot program was divided nearly down the middle; a document submitted to the Federal Register showed that 504 favored it, while 486 opposed.

Many believe that the shortage shouldn’t be fixed by attempting to coax younger drivers into the industry, but could instead be remedied by reducing turnover.

Perhaps better working conditions and higher pay would tighten up employee retention. Predatory tactics like locking an inexperienced driver into debt under the guise of training have become a way for the industry to ensure profitability, according to Viscelli. Workers may leave once their contract is up, resulting in a cycle of low-wage drivers stuck in what feels like indentured servitude.

“Most carriers with high turnover do so by design,” said Spencer. “They could deal with driver turnover by offering better wages and benefits and improved working conditions. But putting younger drivers behind the wheel of a truck isn’t the solution because it does nothing to address the underlying issues that push drivers out of the industry. It merely exacerbates the churn.”