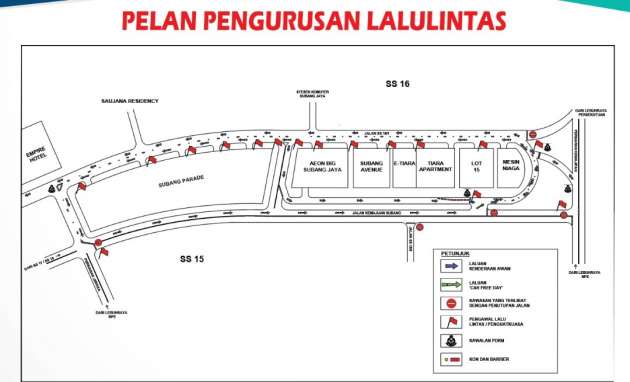 MBSJ has announced that a part of Jalan Kemajuan Subang and Jalan SS16/1 will be closed to traffic every first Sunday of the month. The closure will be from 6am to 11.30am, and will start on November 6, which is the first Sunday of this month. 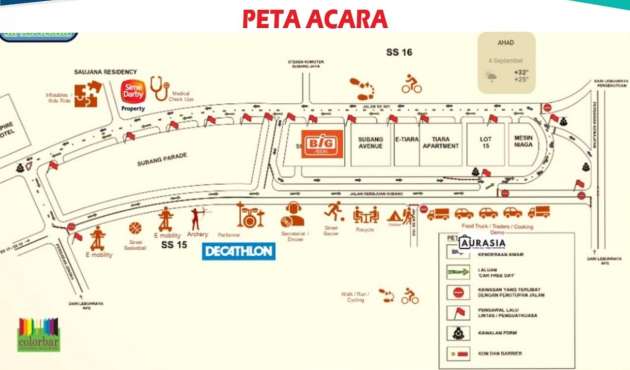 The road closure is for the Program Selamat Pagi Subang Jaya: Hari Tanpa Kenderaan MBSJ, which is a car-free initiative much like the KL Car Free Morning in Kuala Lumpur, although this is just one road (KLCFM is a 7km circuit) It’s part of the council’s efforts to transform Subang Jaya into a low carbon city, MBSJ says.

Subang folks, here’s your chance to bring the kids and roam the streets safely. There seems to be plenty of activities planned along Jalan Kemajuan – the map above shows things such as street soccer and archery, with food trucks on standby, of course. So perhaps it’ll have a different feel from KLCFM, which is basically just an open circuit for running, cycling and skating. Have fun!