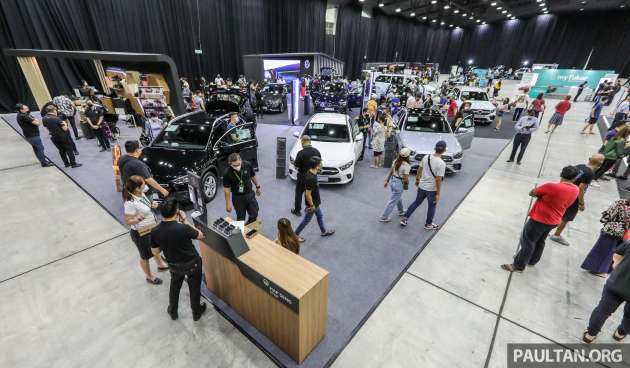 The current sales and service tax (SST) exemption, which is set to end on June 30, 2022, may be extended for new vehicles purchased, according to transport minister Datuk Seri Wee Ka Siong. This is to support the automotive industry that has been faced with many challenges due to the pandemic, The Star reports.

“The government is currently considering the proposal to extend the exemption, and a decision will be announced soon,” he said in a recorded statement at the Federation of Motor and Credit Companies Associations of Malaysia (FMCCAM) annual general meeting. Both the Malaysian Automotive Association (MAA) and Perodua have requested the government to extend the SST exemption in the past.

The SST exemption has been extended three times since it was first announced back on June 5, 2020. At the start, the exemption was slated to end on December 31 that year, but it was later extended to June 30, 2021, and again to December 31, 2021, and yet again during the tabling of Budget 2022 to June 30, 2022. The exemption is 100% for locally-assembled (CKD) models and 50% for fully-imported (CBU) cars – pick-up trucks are exempt as they are classified as commercial vehicles.

At the event, FMCCAM president Datuk Tony Khor also urged the government to extend the SST exemption beyond June 30. He said carmakers have had to delay vehicle deliveries due to production disruptions brought on by supply chain issues and a shortage of chips. By extending the exemption, it would lead to more potential car buyers, he said. Even so, Wee said previously that it’s up to the finance ministry to decide on an extension.

On a separate note, Khor also proposed that the road transport department (JPJ) consider the possibility of facilitating same day delivery of used cars after the loan is approved, as well as a revision of the road tax structure for older vehicles.

“We welcome initiatives that will help economic recovery, and we will look into the matter to see if the transport ministry can help facilitate this proposal. On the proposal to reduce road tax for cars that are more than 10 years old, the matter must be looked at holistically to ensure the outcome will benefit the majority,” Wee commented.