Someone Lowered a 2022 Ford Maverick Already and It Looks Sick

Judging by the 100,000+ reservations for the new 2022 Ford Maverick, it’d be an understatement to call it well-received in the United States. The truck that’s capable of 42 miles per gallon in the city brings the small pickup back into the limelight without sacrificing utility, and with a price tag of just over $20,000, it was only a matter of time before enthusiasts got their hands on one.

That’s where Adam Edwards comes in. He’s the owner Tedder’s Body Shop in Searcy, Arkansas, and it didn’t take long for him to become one of the first with a modded Maverick. Within a few days of taking delivery, he found a way to lower it. 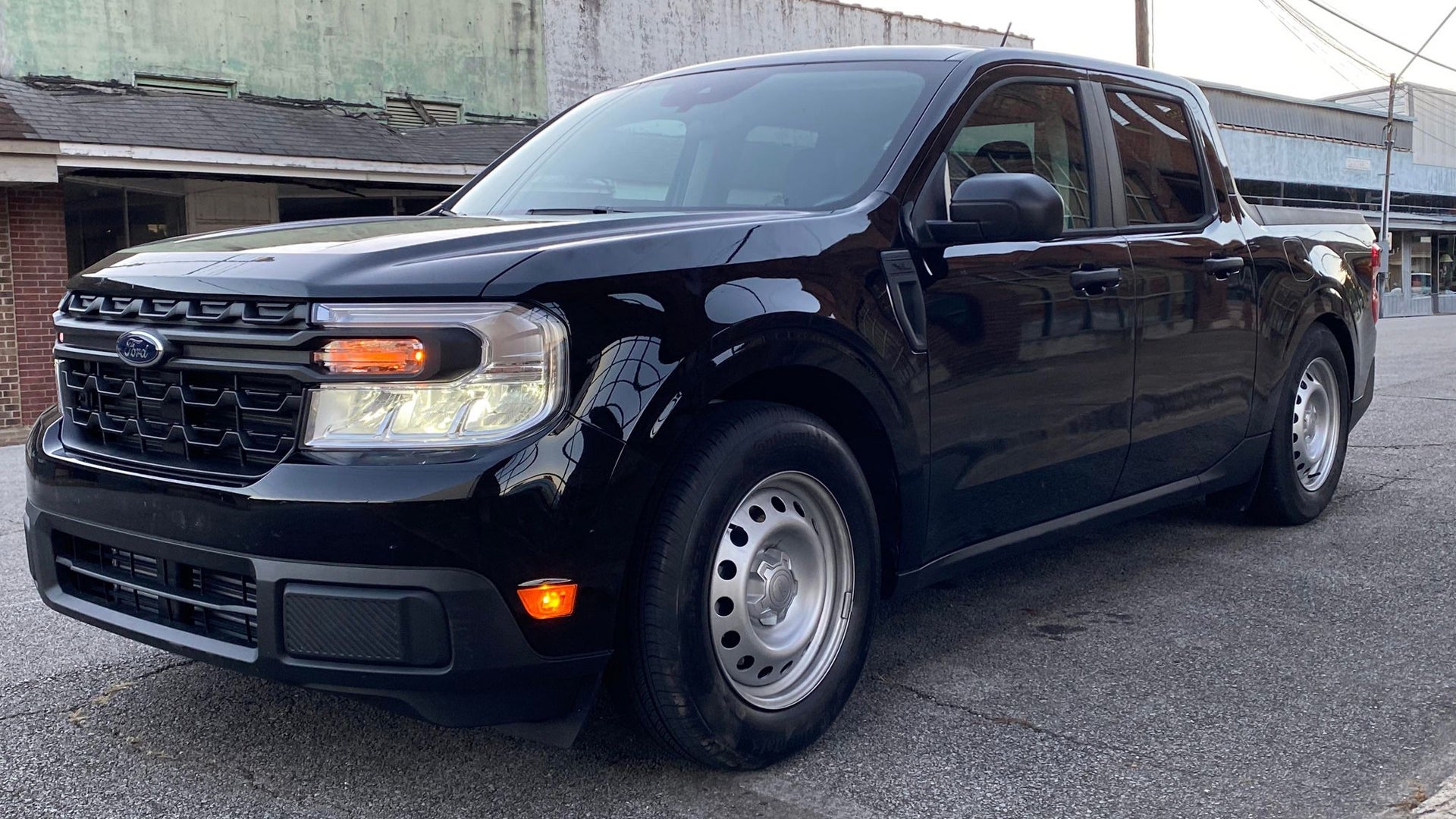 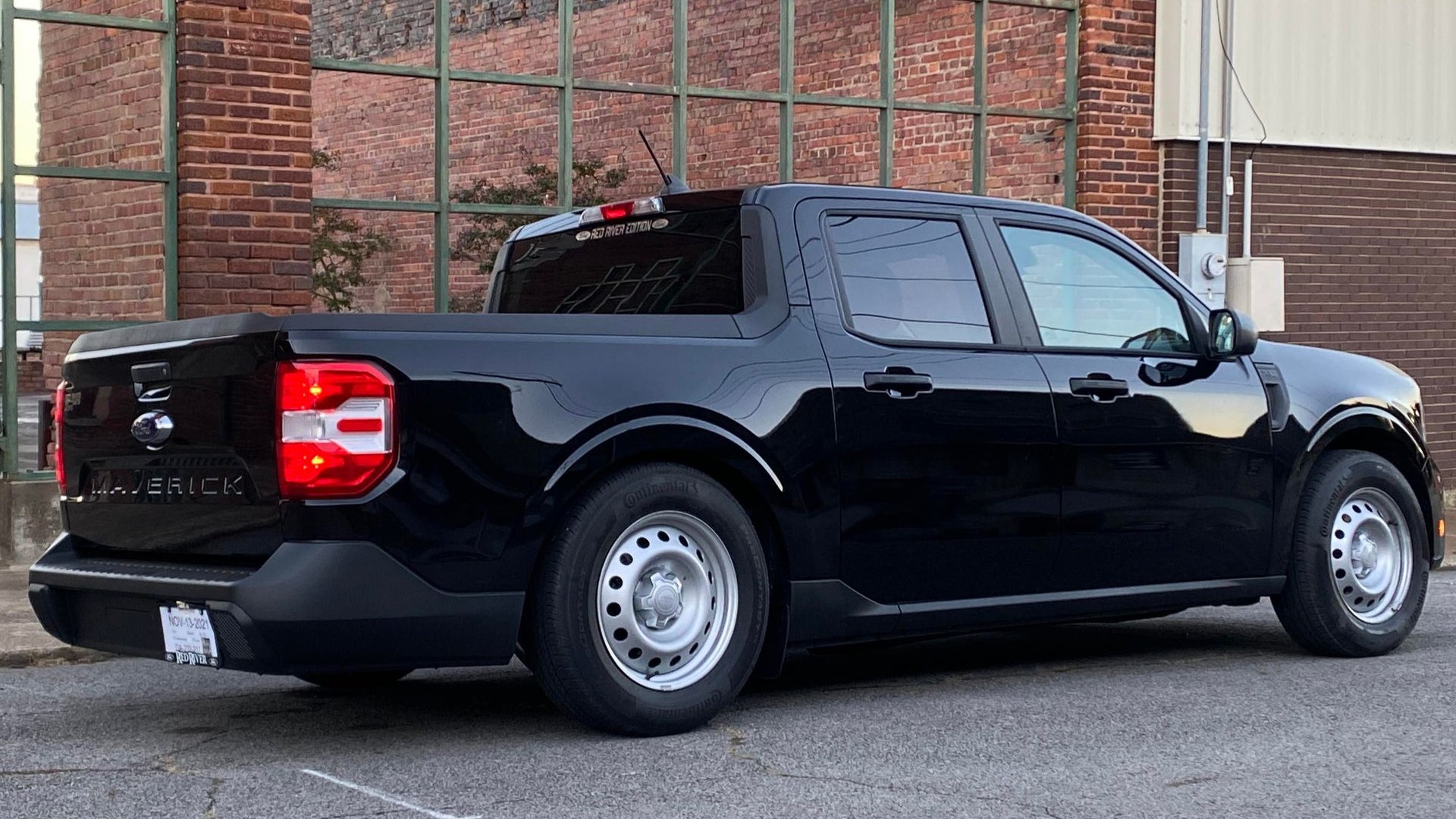 Since no company officially makes an aftermarket lowering kit for the Maverick (yet), Edwards had to improvise. He took some measurements of the Maverick strut assembly and went to an auto parts store. After comparing a few options, he left with a pair of struts meant for a sixth-generation Nissan Sentra.

Edwards said that the strut mounted right up after replacing the top mounting cap with the factory Maverick part, and the only modification needed was a small 3/8-inch slotting on the bottom bolt hole.

The rears were a little more complicated. Edwards found a set of rear shocks meant for a number of older Fords (’66 Bronco and late ’70s F-Series pickups) that also fit on the Maverick. Then, he cut down the rear springs and replaced the lower spring insulators. 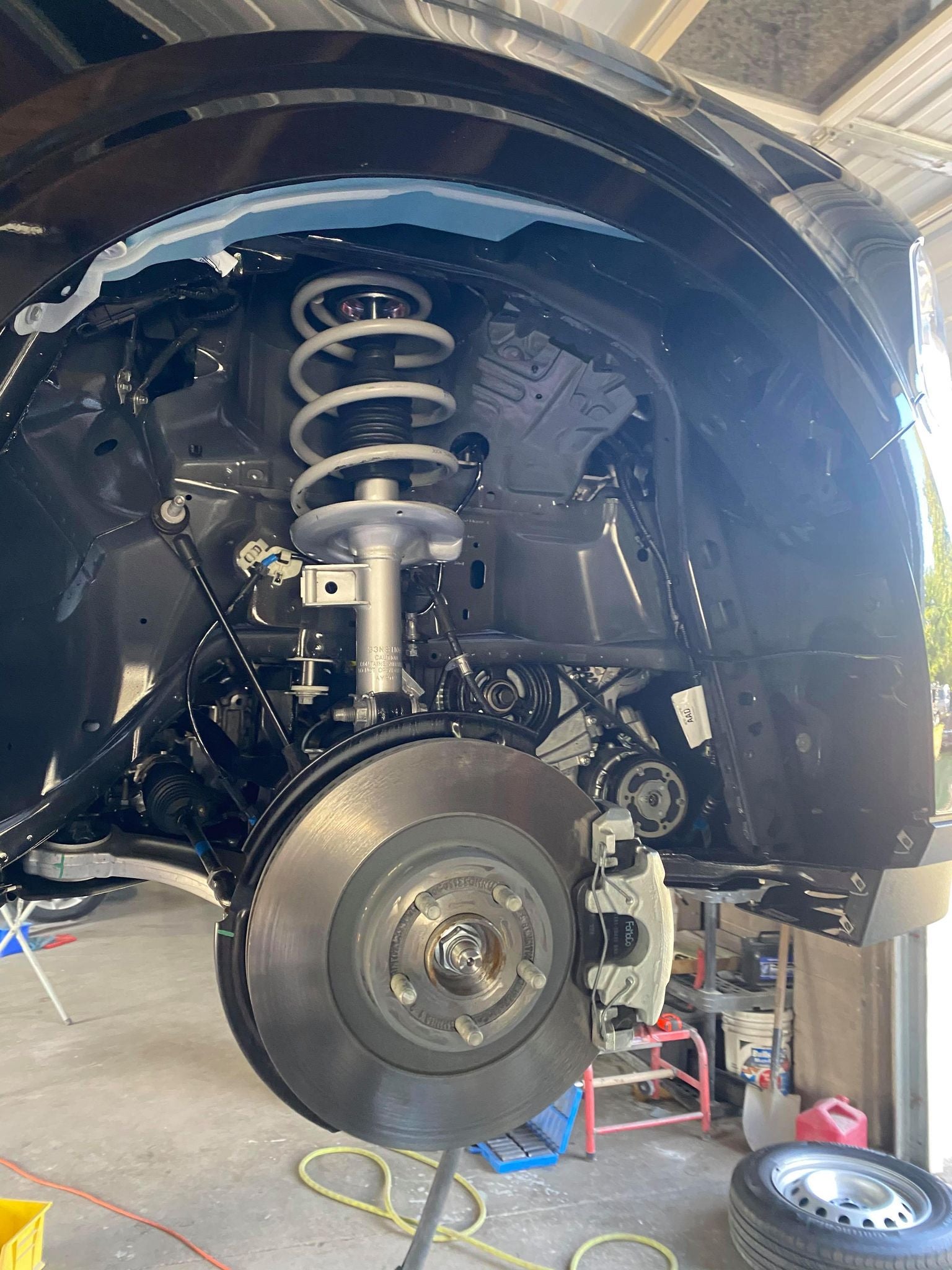 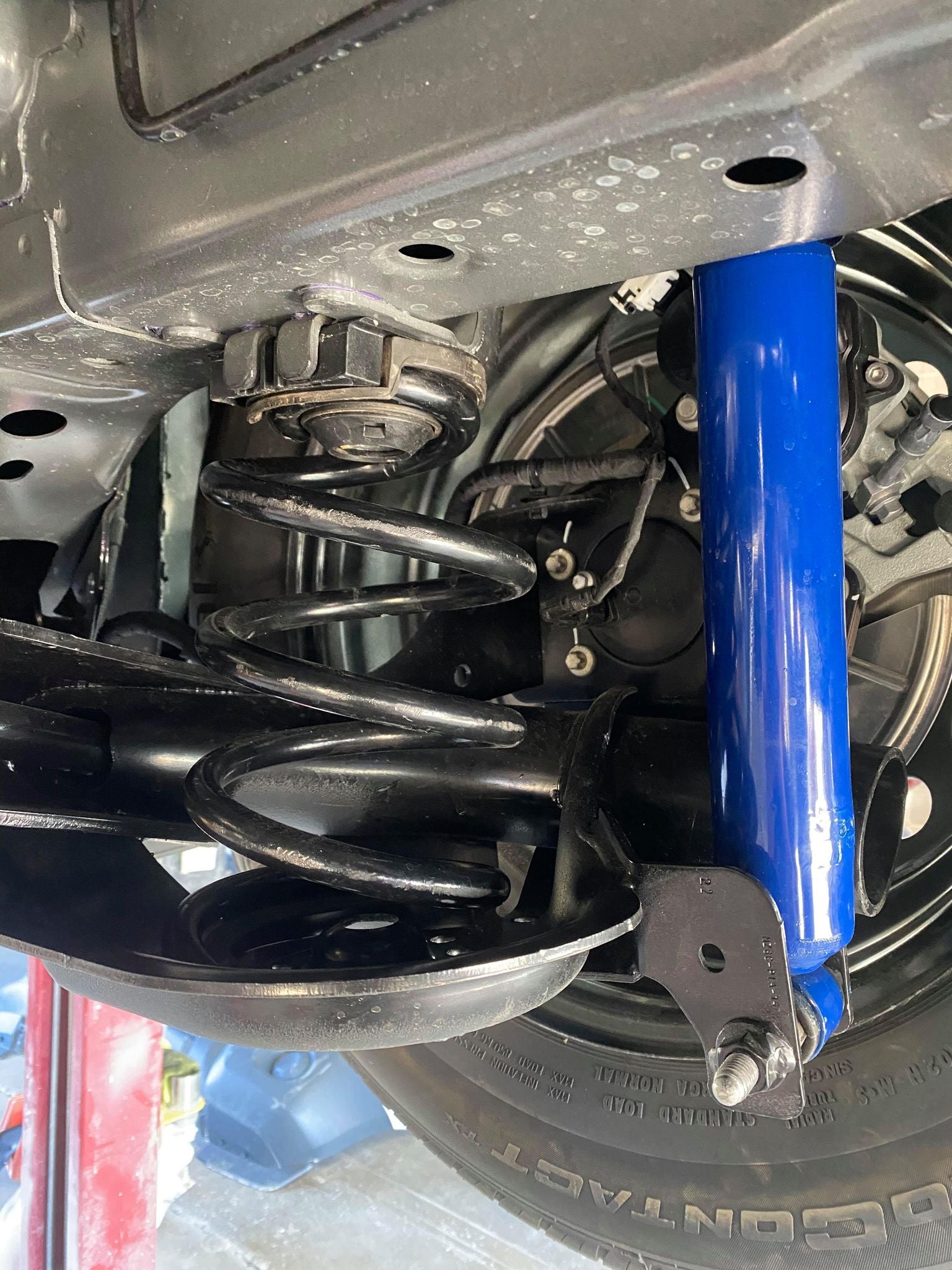 The overall result was a four-inch drop in the front and a six-inch in the rear. In hindsight, Edwards says he wishes he had leveled it out just a bit more by only lowering it five inches in the rear.

This setup is just temporary, though. Edwards’ Maverick will be headed to SEMA 2022, complete in mini truck attire. He tells us that he plans to put the truck on air suspension and that his build process will begin sometime in the next week or two. At least he gets to have some fun with a lowered truck on steelies in the interim. 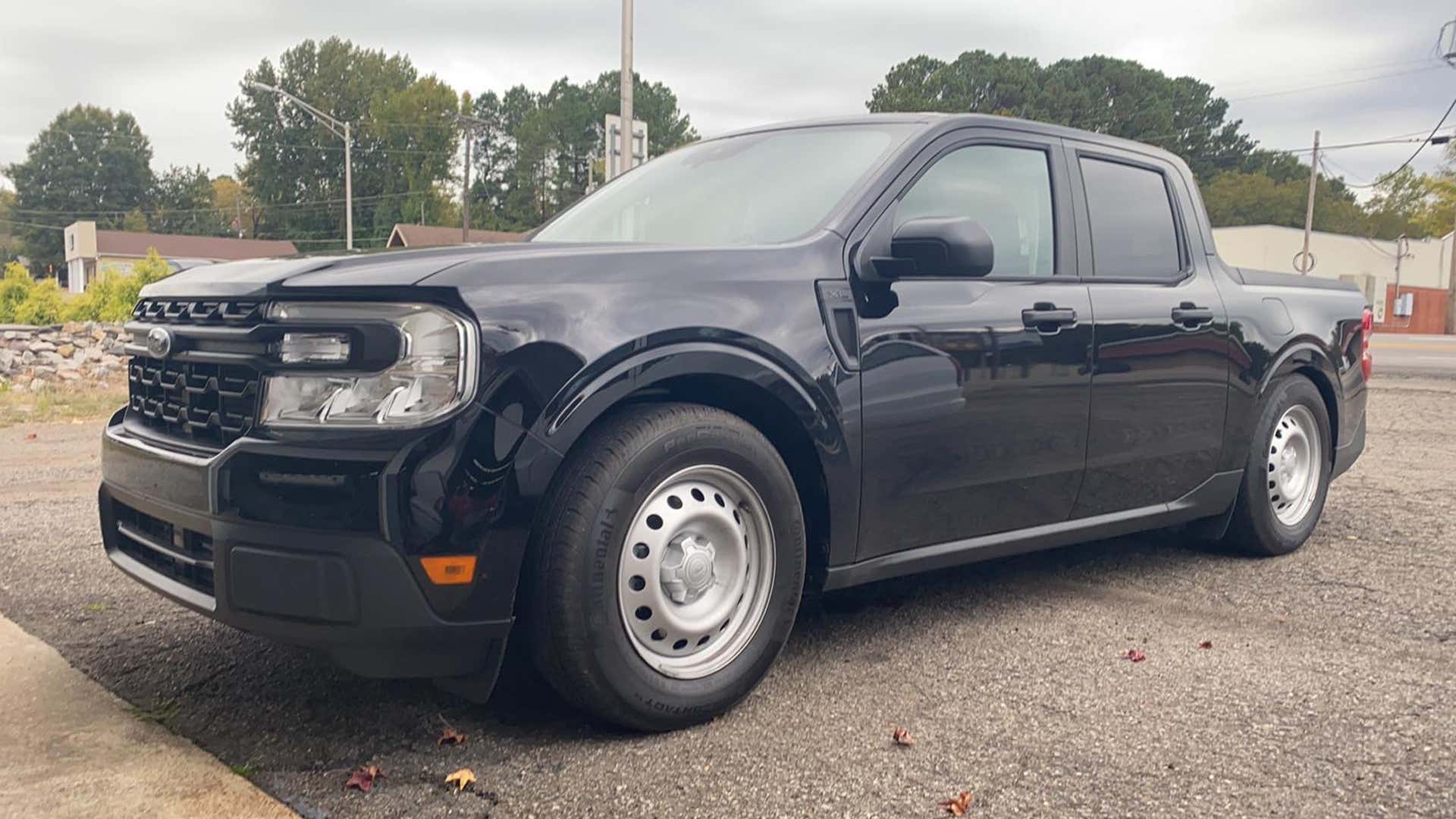 Edwards told The Drive he hopes his project will inspire people to build next-gen mini trucks, and maybe even bring mini truck culture back to its former glory. Before compact pickups stopped being built, the hobby was thriving in all parts of the country. With the introduction of the Ford Maverick and Hyundai Santa Cruz, perhaps we’ll see that scene make a comeback sooner than later.

“I believe if the people don’t embrace what we’ve been given here, we might never see a mini truck again,” said Edwards. “I’m hoping [that] people adopt these and build them [until] they are as played out as S10s were.”