Home » Auto News » Skoda Superb sends out multiple error messages: What could it be?

Skoda Superb sends out multiple error messages: What could it be?

The error messages are almost identical to what I saw in my BMW 530d recently.

GTO recently shared this with other enthusiasts.

Bro reported this last night. Started car after a week, so could it be due to low voltage? Notice how error messages are almost identical in nature to what I saw in my 530d with the weak battery.

Am going to check it in a bit. Am guessing: 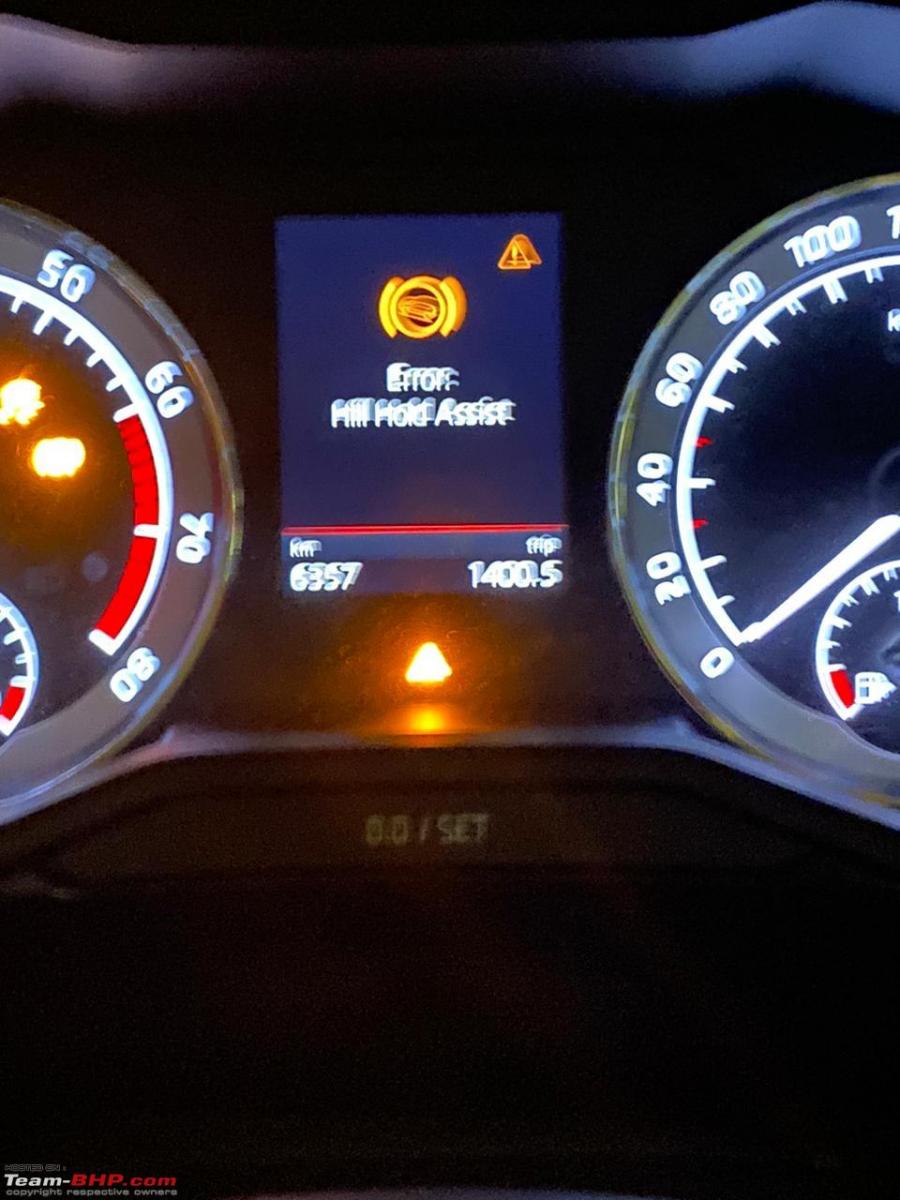 Here’s what BHPian vinu_h had to say on the matter:

8 months into the purchase, my Superb started triggering issues related to the battery. Non-essential like cabin lights, infotainment, touch lock/unlock etc would stop working within 10 seconds of killing the ignition. I don’t have the photos now, but, as per Skoda, this was their 1st in India(possibly WW), they took my car in for 2 days, ran a battery() of tests and were no wiser after. Why – they tested a brand new and the existing battery side by side. Reports of both were identical – good battery.

What helped was, the issue went away when they replaced the existing one with a new one. They knew this on day#1 but had to run the tests to claim the warranty. So a happy ending overall.

Here’s what BHPian adi_petrolhead had to say on the matter:

But the car started on its own or did it need a jump start?

You can’t check the voltage but only the SOC can be checked. Immediately after turning off the ignition, press and hold the trip reset button and it’s toggle through “TIME” and “BATTERY SOC”, release it on the second screen and it’ll display the SOC on the MFD for a few seconds. Take a photo of that so keep the camera handy before doing this. New Superb came with AGM batteries and we thought the issue of dreaded battery failures was behind us. But like you said the car was started after a week, and assuming the car runs mostly in the city, could be insufficient charge during running. Run the car for around 50 KM and park it overnight and use your trickle charger to charge it properly. Observe for the next two days in routine usage. Doing this will save time at the workshop where they will anyway do all this and ultimately give you a new battery.

Here’s what BHPian Vid6639 had to say on the matter:

Most likely battery but it’s quite early. Unfortunately, no way to check the battery voltage in the Skoda.

Since you own a BMW and Skoda you really should get a simple OBD module for all these errors. The OBD module will show the battery charge status and voltage in detail as well as all errors popping up and the code.

Here’s what BHPian GForceEnjoyer had to say on the matter:

I might be able to help out by possibly eliminating the battery voltage as a reason. Our Superb is seldom used during the weekdays and is many a time is taken out only on Sundays (apart from the very long, occasional road trip). No battery issues so far. I don’t think the battery would cause issues this early on either. Did features like the puddle lamps and welcome lights function as intended? Did the car start without issue?

If yes, then it might be rat damage or faulty electronics. I suspect the latter.

There’s also unfortunately no way to check it through the MID.

Do update us once you have more information. An OBD module, as suggested above, will be of great help.