The transport ministry and JPJ have announced that the road ban for goods-carrying vehicles will be from January 20 to 21, which is before CNY, and from January 24-25, which is after the public holidays. The move also reduces the risk of accidents, MoT says. 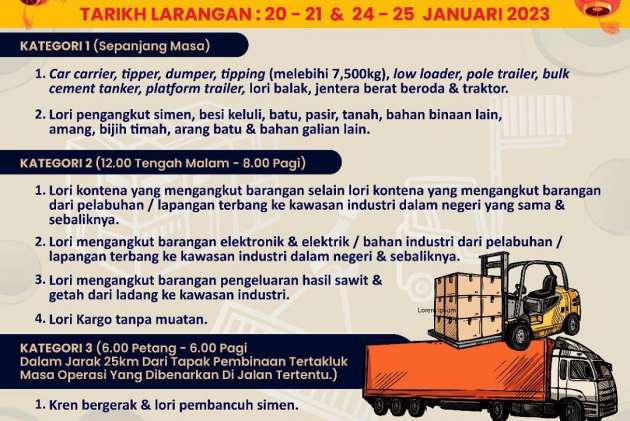 There are three categories of heavy vehicles with varying ban periods – Category 1 is a full ban, Category 2 lorries are banned from midnight to 8am, and Category 3 construction vehicles are from 6pm to 6am within a 25 km radius. See the image above for the detailed description of the type of goods-carrying vehicles.

Not all lorries are banned though, just very heavy ones. Commercial vehicles carrying goods that are not specifically mentioned in the chart above are allowed to use the roads as normal during the ban period.