Hundreds of thousands of Americans are anxious to know what it will cost to build their ideal 2021 Ford Bronco. And, now that a Ford survey has seemingly outlined what the upcoming SUV’s most popular options may cost, they can start earmarking paychecks to save up for a down payment.

Trickling out through Ford’s hype machine Bronco Nation, details of the survey reportedly suggest that upsizing from the two-door to the four-door Bronco will cost a whopping $4,700 on Base trim Broncos. These extra doors could reportedly be cheaper on higher trims, however, and are said to be priced at a more affordable $2,495 on Big Bend, Black Diamond, Outer Banks, and Badlands models. Upsizing a First Edition model from two to four doors is said to cost $4,195, or, for context, $450 more than Jeep charges for the costliest leap from two-door Wrangler to a four-door Wrangler Unlimited. 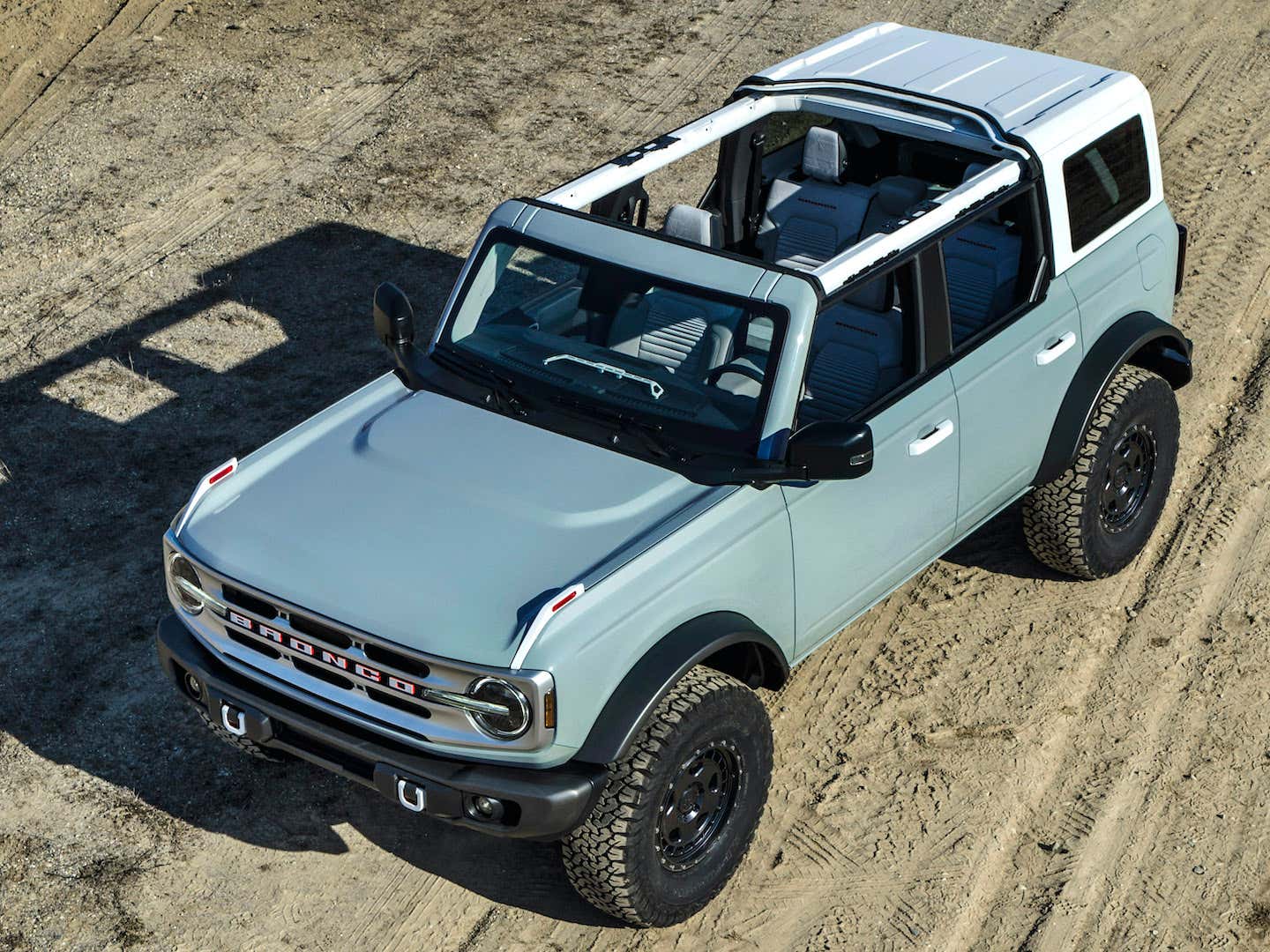 On these four-door models, upgrading to a Carbonized Grey molded hardtop is said to cost $700, with an additional $1,200 netting a Shadow Black hardtop with removable glass.

Switching out the 2021 Bronco’s default seven-speed, crawl ratio-equipped manual transmission for 10-speed automatic will reportedly cost $1,600 on Badlands trims and below, with the auto being the sole option for the Wildtrak and First Edition. This option reportedly is a prerequisite for trading the standard 2.3-liter EcoBoost four-cylinder for the larger, 2.7-liter twin-turbo V6, which will reportedly command a $3,500 premium.

On all trims except Wildtrak and its wildly popular limited First Edition derivative, both of which include the specialized Sasquatch off-roading package as standard gear, the setup is tipped to cost somewhere from four to five grand. Adding extra ground clearance via 35-inch tires on 17-inch, beadlock-capable wheels, and gaining Bilstein shocks and a 4.7:1 final drive, Sasquatch will more than pay for itself with ruggedness on the rough stuff. 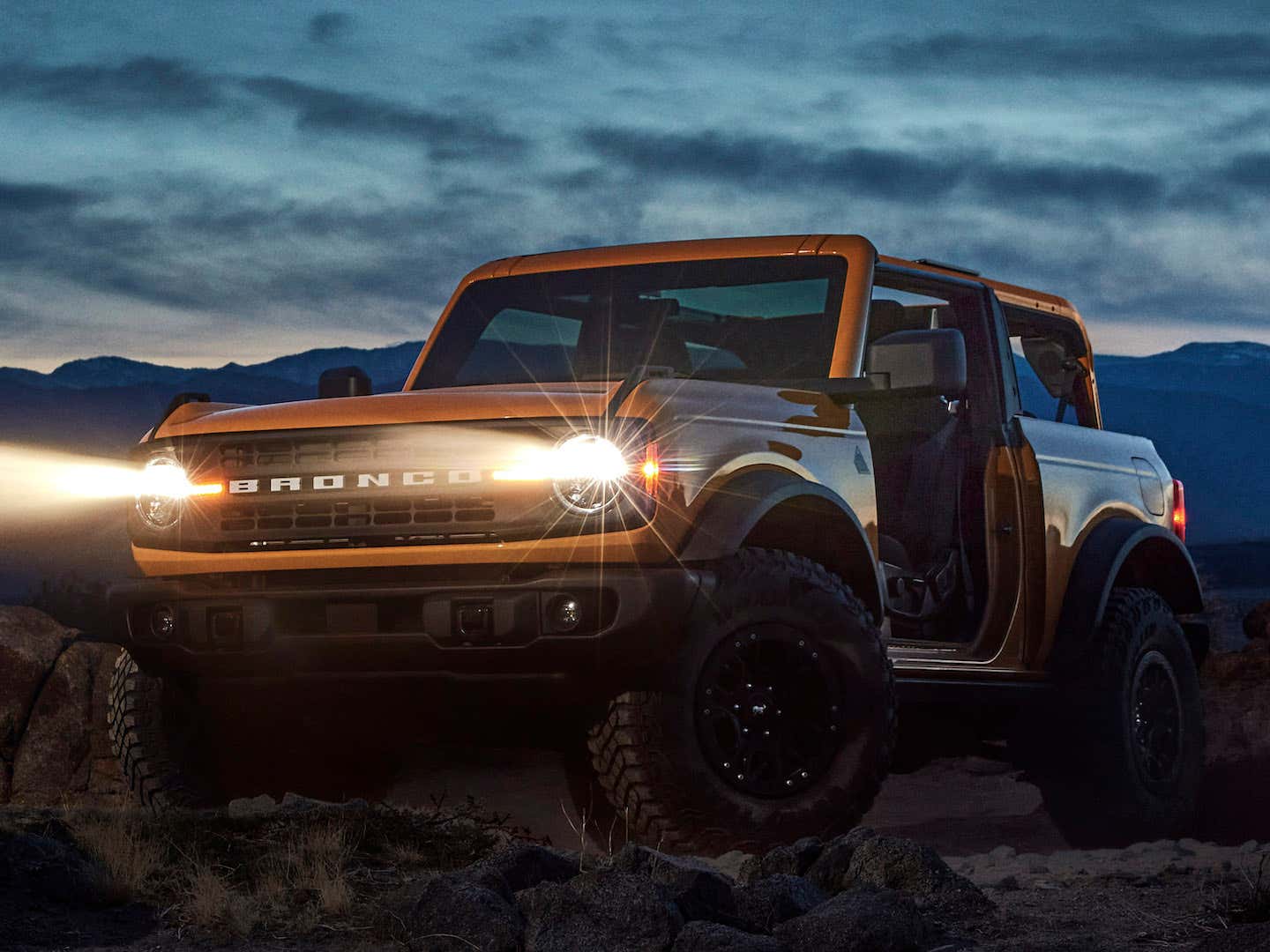 Note, of course, that none of the prices listed here are claimed to be final; they’re all allegedly pulled from a survey that’s meant to probe how Bronco buyers feel about certain price points. The Drive reached out to Ford for comment on how close its survey’s prices are likely to be to the final figures, and we will update when we receive a statement—be sure to Sasq-watch this space.

Related posts:
Rolls-Royce Wraith Shooting Brake Spotted With Timeless Design
Corwin, Taylor of J.D. Power & Associates to Keynote ICRS Experience
Best News
OLX merges online & offline businesses into OLX Auto
12/02/2020
FBI: No crime committed as ‘noose’ rope was there in 2019
06/23/2020
Why VW Pulled The Plug On A 400bhp VR6 Arteon R
06/23/2020
2021 Kia Grand Carnival breaks cover – solid looker! – paultan.org
06/24/2020
New Volkswagen Arteon Shooting Brake arrives as part of facelifted line-up
06/24/2020
Recent Posts
This website uses cookies to improve your user experience and to provide you with advertisements that are relevant to your interests. By continuing to browse the site you are agreeing to our use of cookies.Ok